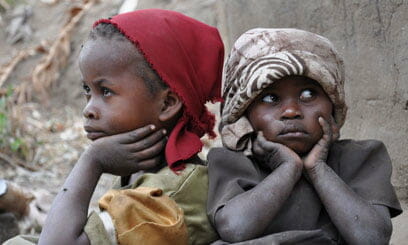 Once again, we cannot fail to mention President Uhuru Kenyatta as the epitome of mediocrity, North of Limpopo and South of The Sahara. Till today he wants to convince himself that he never made any promises in the Jubilee manifesto, and that the demands by young Kenyans for accountability and transparency are far-fetched by-products of an active imagination. But this is a new Kenya and Uhuru will not get away with lies. Kenya is not Uganda, be advised Mr. Blue Label.

In the same light, we hereby reach out to the vast majority of Kenyan parents who have opted to be as mediocre as our frequent-flying but pathological-lying head of state. Parents in Kenya have conceded their primary roles to teachers, trained in inferior training colleges, not compassionate or alert to the needs of a child, and toeing the line of a toxic curriculum called 8-4-4 that was created solely for political expediency and cannot produce globally competitive graduates.

The truth is we attended mediocre schools where teachers brutalised us, both physically and emotionally, constantly reminding us of our inadequacies and subdued any sign of exceptionalism beyond the frame or structure of the mediocre 8-4-4 curriculum. We were conditioned to spoon-feed from textbooks and not the art of brainstorming or trouble-shooting.

And the reality is more than visual.

Children are tortured by waking up at 5am, or even earlier so as to catch public transport or school buses. In school, the pathetic curriculum is dispensed by lowly motivated and poorly trained teachers that attended mediocre colleges like Kagumo or Kilimambogo Teachers Training Colleges.

Co-curricular sporting activities have been scrapped in many schools meaning that children grow up without knowing the real benefits of health and fitness. Mediocre 8-4-4 schools never bother to employ professionals in various fields, who can discover special talent sets in children like music, acting, computers, drawing/painting, linguistics, etc. Mediocre parents who pay an arm and a leg to have their children in these mediocre middle-class schools don’t even bother to vet their school-boards on the possibility of expanded co-curricular programs.

Come school-holidays and your mediocre schools device means of making an extra buck by creating a holiday tuition package. Parents are only too happy to sign up because children can be less of a bother to them. Parents claim a busy schedule in between juggling office duties and meeting their simple friends for either drinks or chama’s.

Come weekend, and it’s the usual mediocre routine. Either stay in the house watching mediocre mainstream media programming like repeats of Inspekta Mwala, or Nigerian movies and Mexican soap operas, programming procured by mediocre editors and media owners running the pathetic TV stations that we have in Kenya. Those kids who might get lucky will have their “switched-on” parents take them on an outing, probably for face-painting and bouncing-castles. As children indulge in soft drinks and unhealthy snacks, parents most probably will consume alcohol infront of their children, thus subliminally recruiting the next lot of drinkers and showing them that weekends are purely and primarily reserved for alcohol.

The reason most of you live mediocre lifestyles, where you start drinking on Friday nights, is because the routine was conditioned into you by parents. You saw them live like this, and you know no better. East African Breweries Limited (EABL) suddenly realized that they don’t need to appeal to new drinkers because a self-recruitment system had already taken root.

None of the parents will take time to engage their children on any special gifts or interests, and most parents see their own productive years as a season to invest in themselves rather than their children. It’s the reason mediocre parents will spend a lot of time playing golf with their buddies, then head to booze till the wee hours of the mornings, forgetting that the opportunity is meant for their kids. Tiger Woods mother did not use her time or money to play golf as her hobby. She instead invested it in her son who had brighter prospects of reaping something beneficial from it. Those of you mediocre parents playing golf or sports need to ensure you rope in your children into a the sport or its equivalents.

I get amazed when I visit recreational areas and find parents taking their kids to swim for fun, playing silly games like coin hunt. On the contrary. Parents should invest a few shillings for a professional coach to train their children on competitive swimming, at an Olympic Size pool. In Nairobi only Nyayo and Kasarani Stadiums have Olympic pools. Parents should push for their mediocre schools to allocate Fridays for Co-Curricular activities, where children will be engaged in activities of their interest.

The Kenyan populace is not artistic or sporty because 8-4-4 was designed by the father of the uncircumcised Gideon Moi (Ruto’s words) to stifle any form of creativity in Kenya’s children. And while he did all that to us, he ensured that Gideon got the best education that money could buy, because he’s multilingual, speaking fluent French and is one of the best polo players in the country. Moi even used to pay for a tutor to fly in from England every week. Ofcourse Moi didn’t take Gideon to an 8-4-4 school, so it’s a classic case of preaching water and taking Blue Label. Considering him for president would be as catastrophic as Uhuru.

Parents need to push their schools into adopting an American gift discovery system that identifies and nurtures both academic and co-curricular segments in a child’s growth equally. Don’t wait for a delusional Fred Matiang’i to overhaul the education system because he has no clue what to overhaul. He is now busying himself cat-fighting with a parents association, just to prove that he has big testicles. What an idiot! But fish rots from the head.

I may not be a parent as yet, but leaving issues pertaining to children as a parents-only forte is almost as saying that politics belongs only to politicians. But surely face-painting and bouncing castles is the surest way of breeding the next generation of alcoholics.

You need not insult me as the writer of the article, but look at the merits of the points noted above. Look at the mediocre lives you’re living, and a Government that’s creating an illusion of success and prosperity. Change starts from within and before we eventually bring down this mediocre Government, we have to start effecting change in our own small ways, for the sake of posterity.