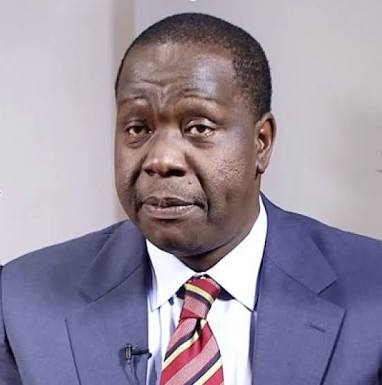 Today morning, 10 DCI agents stormed into a residential area where Nyakundi’s relatives reside, in a convoy of 3 cars.

The police expressly said that they’re looking for Nyakundi over a post written, purporting to defame him.

The post says that Matiang’i has purchased a residence for a lady whom they worship together with, in church.

The primary story was sourced from an article in The Standard, and Nyakundi only put a face to the description presented.

The story was in-line with Nyakundi’s recent campaign against the Boy-Child, where he was urging girls to shun women who have made it their core-business to chase married men.

It cannot be that the same married men who are creating this imbalance by pursuing young girls, reacting and using state-resources to stifle the truth.

He should either confirm or deny the facts.

Sending 10 DCI agents to arrest a blogger yet the City is now a den of thieves and muggers, shows just how warped the priorities of this Government are.

Fred Matiang’i coincidentally hails from the same (Abagusii) community as Nyakundi and knows the channels which to contact the blogger, instead of using state-resources to harass him.