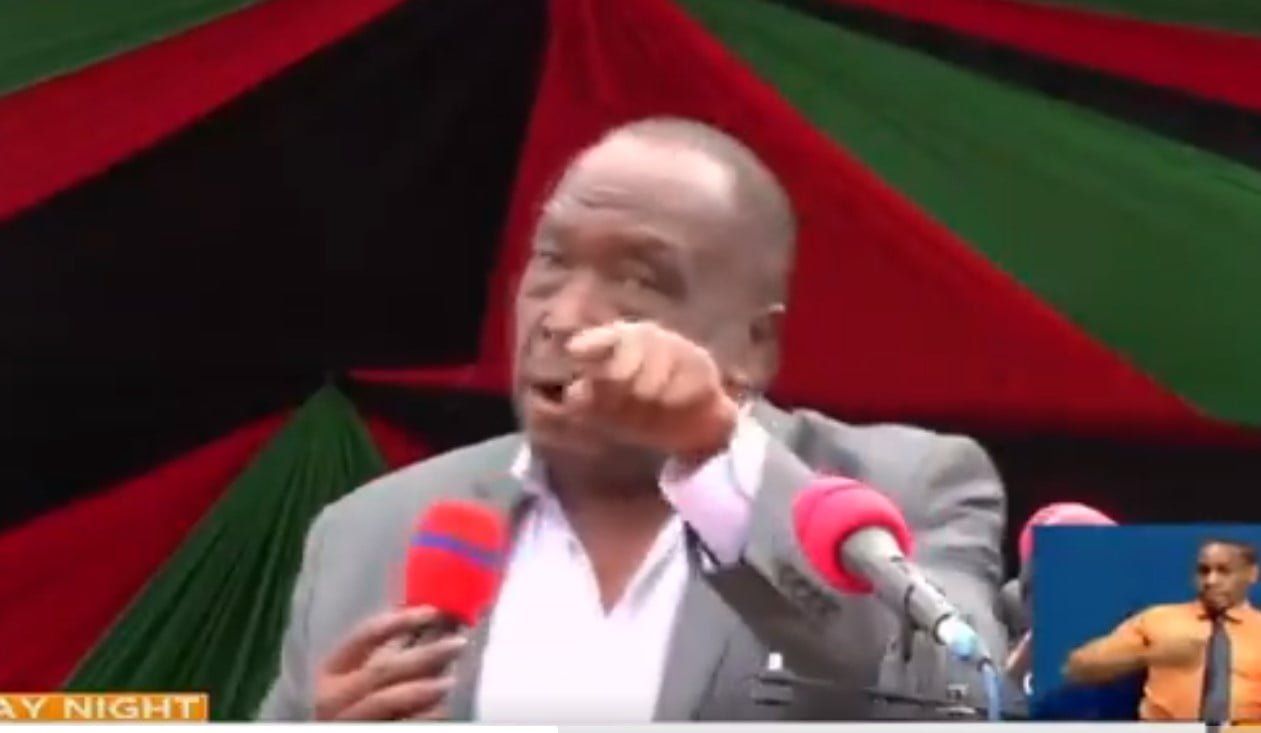 Just a day after MCAs from his own county handed him a major embarrassment by shooting down the BBI bill, Baringo Senator Gideon Moi on Friday hit the campaign trail hoping to woo Nakuru County Ward Reps into passing the heavily contested motion.

Led by the deputy Speaker Samwel Tonui and the minority leader Peter Parang’a, the politicians engaged in a range of issues touching on citizens and the country at large.

Hours after the meeting, KANU boss Gideon Moi, accompanied by among others, his brother and Rongai lawmaker Raymond Moi, led a BBI rally in Njoro where the leaders told voters to punish MCAs who rejected the referendum.

Moi, who was breathing fire during the event, claimed that the reasons which were given by the Baringo MCAs not valid, hence they deserved the punishment of not getting reelected during the next general elections.

A statement which was echoed by his brother Raymond moments later.

On Thursday, at least 30 MCAs voted to shoot down the proposed constitutional amendment bill which they claimed was of no benefit to the ordinary Kenyans.

The afternoon assembly session degenerated into chaos after a clash between KANU and Jubilee MCAs over the controversial bill.

In a video that has since been doing rounds online, two MCAs are seen in a fistfight before their colleagues intervened and separated them.

Reports also indicate that teargas was lobbed into the assembly, forcing the legislators to scamper for safety.

On the other hand, three counties in ODM leader Raila Odinga’s backyard have already passed the BBI bill. They include; Homa Bay, Siaya, and Kisumu.

The bill needs the support of at least 24 county assemblies before it can be tabled at the National Assembly.