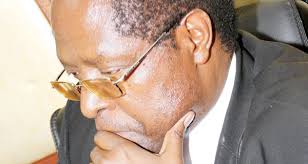 The embattled Embu governor Martin Wambora is back in the news again. He now has four months to prove his case or be sent packing.
If it happens, his deputy Dorothy Nditi will take over going into the annals of history as the country’s first female governor. She will assume office for the remainder of the term should the odds go againstWambora. The governor survived his first impeachment in April last year through court rulings.
Last week, three judges allowed him to remain in office and continue to exercise his powers as governor of Embu county for a limited period of four months.
Already, anxiety has gripped the county with a number of political leaders declaring interest to vie for the seat in 2017. Already, Runyenjes MP Cecily Mbarire has declared interest in the seat. Sources say Nditi will only warm the seat for her up to 2017 when she takes over should she win.
Only recently, Wambora pardoned the executives, chief officers and senior county officials he had suspended. Sources say he is only trying to reconcile with MCAs and the executive to woo them to his side since majority of the MCAs and the executive are now allied to Nditi.
Analysts say Wambora had sensed danger and hurriedly arranged a bonding tour in Arusha, Tanzania, where they allegedly ironed out their differences. However on return, the MCAs claimed they will not support him.