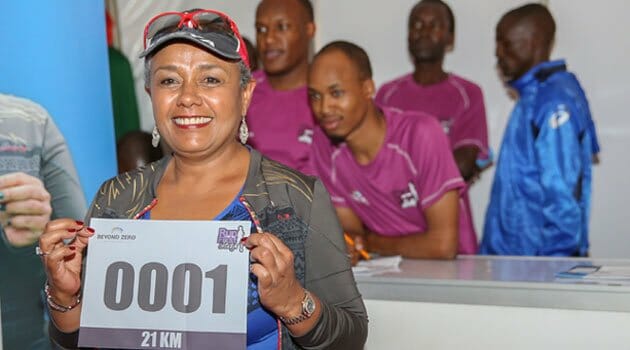 I dont know why the Beyond Zero Campaign looked like a cheap PR gimmick by a dedicated first lady dedicated to build and repair her husbands image but anyways something needs to be urgently done in the health sector. But Uhuru doesnt love Kenya at all. That explains why people like Kambi and Chirchir are serving us .

Just like Some Activist said last year, If Uhuru was dedicated with eradicating poverty, corruption and Impunity, the first lady would be running for fun.

It is funny that President Uhuru is ready to give 90 Million for the establishment of an African court to promote impunity when our women are dying and suffering while delivering. How many clinics and women can 90 Million save ?

We are a country of pretenders …We dont want to look at the other side of the coin. I believe Margaret Kenyatta has a lot of influence in this country. She can even Pinch the president while they are alone in their bedroom and advice him to fight graft and deal with impunity. That will save our country

But she has not done that, She has instead decided to become a charity organization begging for money to help our women yet we pay taxes: Taxes amounting to Billions to be precise.

After all, If she cant use her influence to tell her husband to fight the evils in Kenya, all her efforts will be meaningless. I have always said time and again that what we are fighting is ” Poverty shocks “ As far as we have  poverty, fighting maternal deaths, disease and insecurity will be a miracle . You cant fight some of these diseases as far as we have poverty unless you want a short term solution just like Margaret Kenyatta is doing.