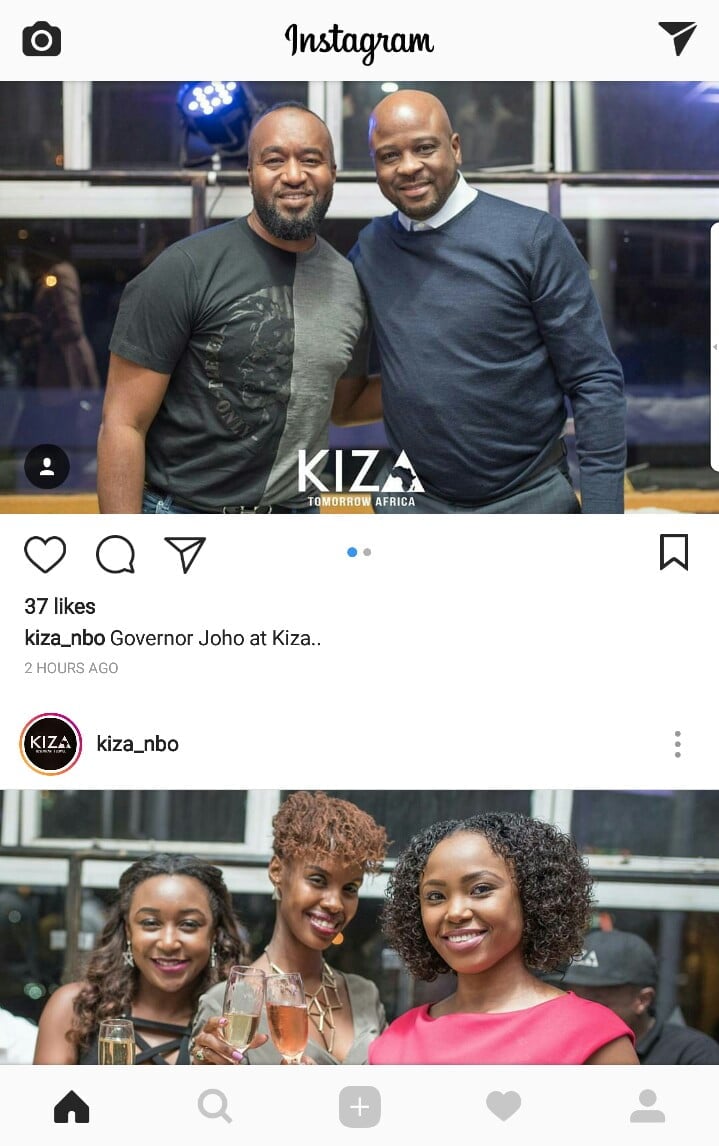 CAPTION: It was a lovely coincidence that Joho and Kyalo were at the same vicinity last night.

The real proprietor of Posh Palace and Mombasa Governor Hassan Joho was in town last night, and after his usual political rounds, doing the work of the Lord of undermining Jubilee, he made time to “pop” into Kiza. Tomorrow Africa.

It just so happens that the thick-ass KTN news anchor was also in the same vicinity, despite active rumours of their split and him repossessing the Porsche Cayenne he’d given to her.

And believe it or not, we are not judging Betty today. Make your paper boo boo.

Since we know that this article will get many views and clicks, it’s wise we plug in an unrelated story.

The recent murder of former Youth Fund CEO Catherine Namuye signals the most possible fate of the unknown rural-bred Government functionaries, once Jubilee is done using them.

The question is, if Ganja 1 could murder his own friend George Thuo in a bid to cover up his ICC tracks, who does Ezra Chiloba think he is? He’s just a peasant from upcountry, who hails from a community that according to David Murathe, “has no stake in the economy” .

Kenyans did not express any remorse at the death of Namuye, which should give the Chebukati’s and Akombe’s of this world a picture, of how colorless their lives will be.

We also send a stern warning to Ronnie Osumba. You sacked a young man because some Twitter feminists sucked your dick. Shame on you! Youth Fund where Peter Kenneth had to kneel down in Statehouse and beg Uhuru for you to get the job, is not owned by your mother. When Jubilee sycophants finally get rid of you, you’ll be back to moonlighting.
Finally the recession is coming. The real-estate bubble is about to burst. Here are some gems from Forbes.
There is an “unhealthy correlation” between the building of skyscrapers and subsequent financial crashes, according to Barclays Capital. Examples include the Empire State building, built as the Great Depression was underway, and the current world’s tallest, the Burj Khalifa, built just before Dubai almost went bust.
Kenya Urban Roads Authority (KURA) have conspired together with owners of Knight Frank, Hass Consult and Cytonn Investments, to concentrate road projects in specific areas. Which is why roads in Kileleshwa, Lavington, Runda, Loresho, Mountain View, Kilimani, etc are perfect, and those in Syokimau, Thındıgua, Kitengela, Ruaka, Juja Farm, are dilapidated. This keeps property/land/rent prices is specific areas constantly high.
The people who murdered Catherine Namuye need to extend those noble efforts to directors of KURA, who are the worst criminals in Kenya.
Would you like to get published on this Popular Blog? You can now email Cyprian Nyakundi any breaking news, Exposes, story ideas, human interest articles or interesting videos on: [email protected] Videos and pictures can be sent to +254 710 280 973 on WhatsApp, Signal and Telegram.