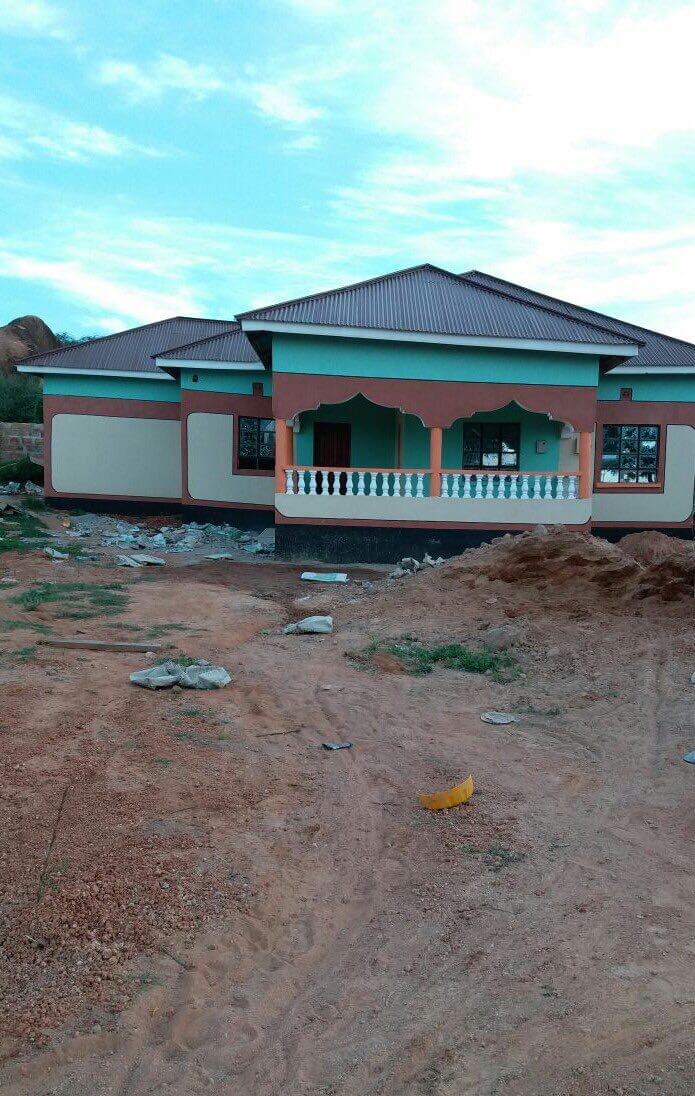 Caption: The house the Mp is alleged to be building.

The land that covers South of Takaba Ward and border, Takaba South from the north has attracted land grabbers not currently but years ago because of its green hills and fertile fields, which can be future resort land (Prime). it first caught the attention of prominent Businessman Haji Samow in the Year 2012.

The land belongs to KWS before Rocky Primary School was established according to the locals. The Businessman Fenced the land from Behind colonial dilapidated KWS building to Rocky hill primary School encroaching into a school compound and rendered the school pit latrine part of the land.

A report from the locals stated that the man dished money to all relevant Authorities including the teachers of Rocky Primary who blatantly disowned part of the school compound covered by the fence. The land grabbing issue has not gone well within the settings of former oligarchs who recollected its progenitors perceived facts of ownership of the land having support from their former proletariats to reclaim the land from new Man in Town (Samow).

After a ferocious tussle between them, land ownership was left to many uncertainties but later KWS reclaimed its land but not the whole parcel.

Adjacent Not far from the above-Mentioned area, Public Land was Grabbed which the Public Claims falls on Current Hon Member of Parliament Adan Haji.

Mandera West Land office facilitated paperwork to affirm ownership of a Hon Member who does not reside in Mandera West. By extension, having no residence in a Constituency you represent is a legitimacy case, Maybe to Cement his legitimacy he acquired that parcel of Land.

Hambala dam case is just within the proximity of alarming knotted chains of new Land Grabbing that will leave many people victims of great environmental impact(Flooding, Deforestation of Tkb hills, Garbage dumping site Etc) you can Bank it.

But the Main question that remains unanswered is: What actions are being taken by Leaders?

The leadership of Mandera West has left me puzzled. The Much hyped campaign Slogan has had nothing tangible to deliver for the locals but a theatre of Dreams.

As the political will is slowly fading, Public disillusionment deepens where leaders promise now eroding Completely.