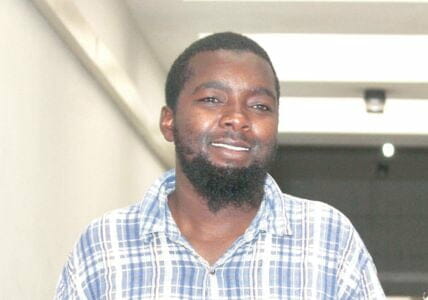 A man believed to be the mastermind of the twin Mandera attacks that left more than 65 people dead will remain in custody for 15 more days. Anti-Terror Police Unit (ATPU) sought more time before Nairobi senior principal magistrate Elena Nderitu to continue holding Salim Kitonga to conclude investigation. Kitonga is also believed to be responsible for sneaking explosives into the country and recruiting agents for terror group al-Shabaab.
Police had been given 14 days to hold Kitonga as they extended to various parts of the country. Kitonga is being investigated alongside Somali nationals Musa Daud Hassan, Maslah daud hassan and Shukri Abdi Salat. Hassan, Maslah and Salat are being held at Kilimani Police Station. Other suspects linked to the killings include Abdirizak Ali, and Mohamud Jamal.
All the suspects have been arraigned in court but they have not pleaded to any charges as ATPU requested for more time to question them further. In affidavits presented by the prosecution, and signed by ATPU investigators Hassan Montet and Steve Biko, police believe Kitonga, Musa, Masla, Shukri Ali and Jamal are behind the attacks. Police recovered several phones, SIM card holders and Sim cards from the suspects’ houses and are analysing the evidence. The matter will be mentioned on March 2.