Democracy in Africa is yet to be achieved even if those who express their choice are prepared to choose wisely and Malawi’s new President Lazarus Chakwera is a good case study.

Africa is just Africa even with a Bishop as its President. The Man of God in Malawi has appointed relatives in his Cabinet.High voltage nepotism! pic.twitter.com/EExC6KRgjf

It has emerged that Malawi’s new President Lazarus Chakwera has named relatives as ministers in his cabinet, a move that has sparked massive criticism to Chakwere’s week-old reign. 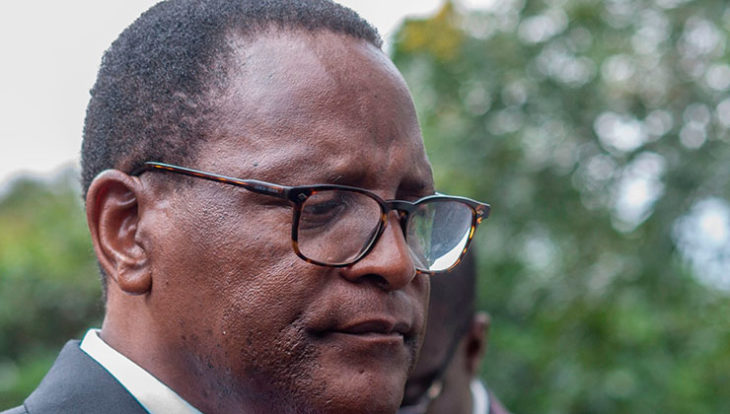 The president’s former running mate in the 2019 elections Sidik Mia has been appointed minister for transport while his wife Abida Mia is the deputy minister for lands.

Businessman Gospel Kazako has been appointed information minister and his sister-in-law Agnes Nkusa Nkhoma is the deputy agriculture minister.

President Chakwera’s previous appointee in the justice ministry lawyer Modercai Msiska refused to take up the position saying it would look like a reward for representing him in court during the case that nullified President Peter Mutharika’s election win.

Chakwere was tabbed as Malawi’s favourite after he consistently criticised his predecessor for being nepotistic and filling his cabinet with people from his region. Something he has done in his second week in the country’s top office.

Few years ago, an Indian chap said to me, we own the Economy in Malawi and Africans own the politics. He was right. I see he is now even a Minister

Another criticism of President Chakwera’s cabinet is that it comprises more than 70 per cent of people from the central region which happens to be his political stronghold.

Here is how Malawians reacted online to the appointments:

It has pleased the President to appoint Timothy Mtambo minister of Civic Education & National Unity 😂😂😂😂 now you know why I left! Good luck Malawi

Alfie Saweta  “I will not lie, I am greatly underwhelmed by the cabinet list. Perhaps our expectations were too high. Husband and wife and the wife’s cousin all in one cabinet, really?”

Hugo Mlewa “He should have avoided family relations, simple…son of…husband of…brother of… Work hard work hard while he is lazy appointing families…Chilima said Malawi is not a family affair… two families. And here he is approving families in cabinet.”

In this article:Lazarus Chakwera, Malawi