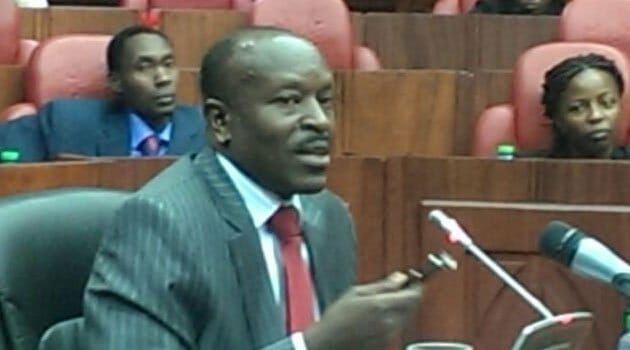 The Senate committee on Devolved Government will release its report on the vetting of members to the Commission of Inquiry to probe the proposed dissolution of the Makueni County Government on Thursday.

“In less than two days we will have the decision; the report must be out by this Thursday,” affirmed Murkomen.

The nominees led by the commission’s proposed chairman Mohammed Nyaoga started the process on a high note by stamping their authority while at the same time promising to remain impartial while conducting investigations in a bid to resolve the dispute that has seen the County Assembly not pass a single Bill since it began its sittings.

“We will be ruthlessly independent, transparent, accountable and fair. We shall deal with everybody within the institution of the commission. I do appreciate that it is a political process, but it is political process that has a structure within which we are going to resolve the issues that have been framed,” said Nyaoga.

While expressing confidence in the team, Nyaoga said despite being given six months to assess the situation, the probe according to him would need much less than that as the concerns could be addressed quickly.

“This exercise in my view appears straightforward… the grounds have been laid for the application to dissolve and all that we will do is gather the evidence around it and prepare a report, at the very upper limit two months in my view we can complete the process. I have no intention of being on the job for six months, if we are to be there for six months, I would rather not take the job,” explained Nyaoga.

His sentiments were reiterated by National Police Service Commission Chairman Johnstone Kavuludi, an ex-officio member who pointed out that having worked with trade unions within and outside the country, his experience in conflict resolution and mediation would come in handy.

The Murkomen-led committee also vetted Emily Gatuguta and Professor Harrison Maithya who are residents of the county and are expected to help the commission better understand the issues at hand.

Maithya said he has been in constant talks with the Members of the County Assembly and fellow residents and they are in support of the process to find a solution to the conflict situation.

The two resident commissioners also affirmed that they did not sign the petition calling for the dissolution of the County Government.

Wairimu stated that the focus should be on finding a solution that will not destroy the county government and worsen the conflict, adding that although the conflict now manifesting itself was seen as between the Governor and the County Assembly, there were more underlying issues that needed to be solved.

“The solution should come through a formula that may not acceptable to all but better for the people of Makueni,” said Wairimu.

Wairimu who is a former journalist currently works with the United Nations on conflict resolution in Nigeria, Sudan and South Sudan and also in other parts of the world.

Taib on his part stated that dissolving the county was not an option, unless the issues at hand were grave.

“I would not recommend nor condone the flippant decision to dissolve a county government because there is a petition to do so. We must find a solution,” he said

Since inception, the Makueni County government has not been able to do any meaningful development as constant wrangles between Governor Kivutha Kibwana and the County Assembly has curtailed development.

In November last year over 3,000 members of the public from Makueni pitched camp at Harambee house in a bid to present President Kenyatta with a petition to dissolve the county government which they accuse of embezzling funds and not initiating any development.