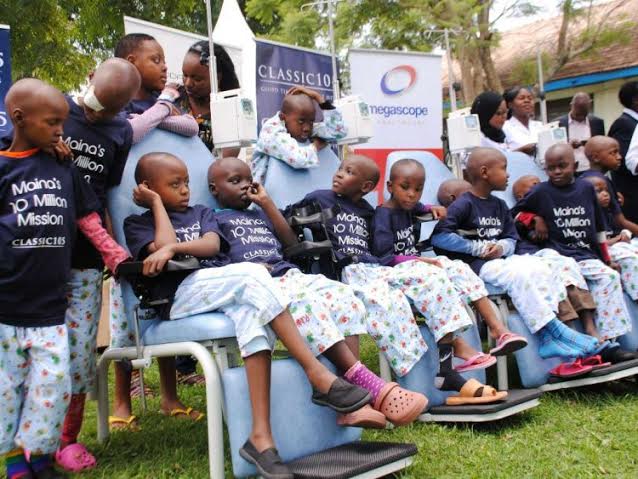 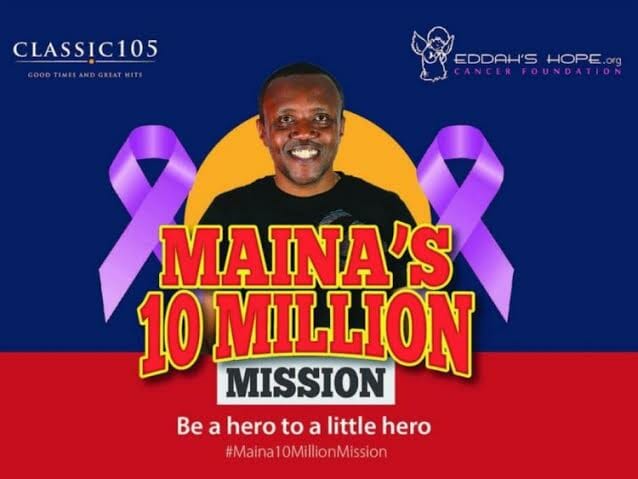 After this website’s consistent and factual exposures on Maina Kageni and his purportedly philanthropic ventures of using his platform to fundraise for select causes, with no proper follow-up by Kenyans, Maina Kageni this week rushed to save face amidst mounting pressure for his show to be cancelled, over what consumers say is immoral and explicit content.

This week, Maina Kageni donated 8 Cancer Equipment to Kenyatta National Hospital, almost 4 months after his fundraising campaign ended. The project was widely publicised but never pursued, sparking fears that another #Kenyans4Kenya or #BringZackBack heist orchestrated by leading media lights and a CEO of a telecommunication company, was in the offing.

Maina Kageni’s effort while much appreciated is negligible compared to what the country’s coffers can deliver for its citizens. Many people were of the opinion that media figures such as Maina should force the Government to account for the massive figures that have been looted in the name of procuring cancer machines for County Hospitals.

Relying on MPESA as a means to raise funds to fight cancer is folly, and a means for Government to neglect it’s primary responsibility of universal free healthcare for all as was promised in the sham Jubilee manifesto which has since been reduced to a meat-wrapper and toilet paper. Such campaigns deflect public’s attention from vigilance on how their taxes allocated to the health centre are being spent.

And while the donation of the machines will go a long way into the treatment of children suffering from cancer, history will judge Maina Kageni and his media colleagues for using their celebrity to champion for small causes instead of shedding light on corruption in the Ministry of Health that is supposed to coordinate a countrywide effort to make Cancer care free and accessible to all Level 5 Hospitals.

Mentioned in the scandal for procuring overpriced cancer equipment is Richard Ngatia, owner of Megascope Limited. Ngatia is more famous for owning Galileo Lounge along Uhuru Highway in Westlands. Maina Kageni is a close associate of Richard Ngatia and has severally endorsed the establishment on his primetime slot, in exchange for bottles of whisky and VIP treatment.

Ngatia is said to be a close associate of President Uhuru Kenyatta and his inner cabal of ethnocentric goons and his bar threw what could be touted as the Jubilee victory party immediately after the elections.

Richard Ngatia was the man behind what could be described as a lavish victory party on the Saturday after elections. With plenty of meat and a very wet bar, there was a festive atmosphere among the politicians and businessmen in attendance. Paul Ndung’u of Mobicom, Magnate Ventures Stanley and Robert Kinyanjui, Eugene Wamalwa, ousted Cherangany MP Joshua Kutuny and Paul Musumba were in the house. British Council’s Stella Ondimu and her sister Eva Ondimu of BAT UK were also present. They joined Big Ted Kwaka who has been the MC for all Jubilee functions, businessman Sam Kahiu and Mark Pursey from BTP advisers (who were the international company behind Kenyatta’s campaign).