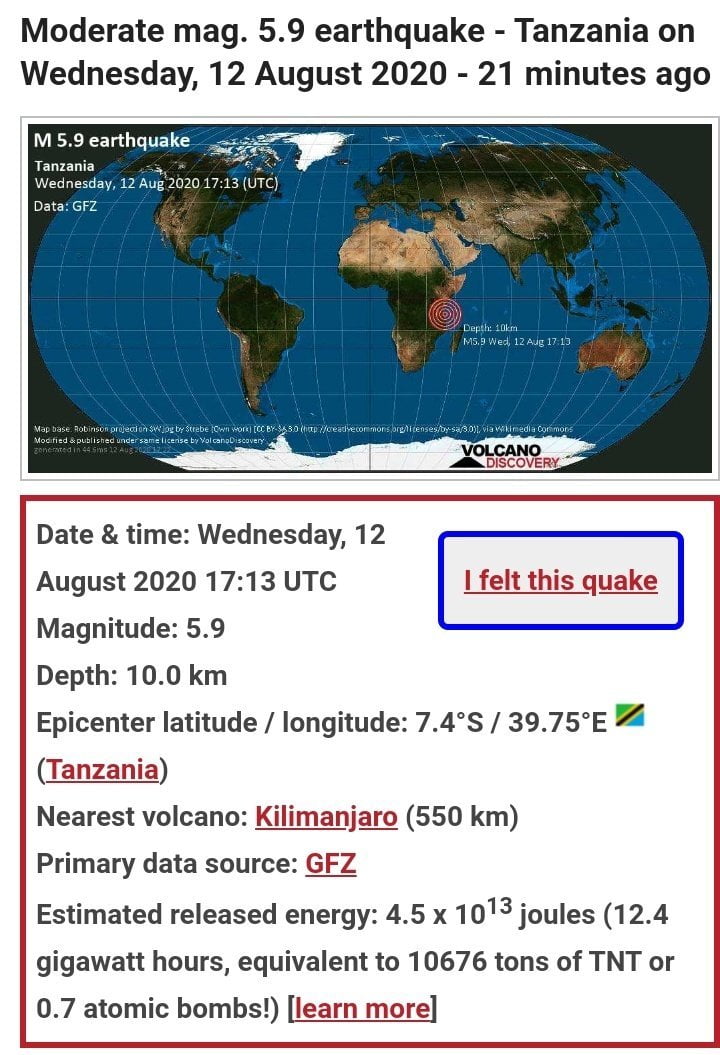 CAPTION: Magnitude 6.0 tremor hits some parts of Kenya and Tanzania

At the time of reporting, depth estimates were around 10KM with people in Dar es Salaam, Zanzibar Island, and other nearby areas including Kenya’s coastal city of Mombasa experiencing moderate to strong shaking.

Light damage is expected to occur in these areas.

Even in Arusha (593 kilometres North West of the epicenter) and multiple parts of lower-Central Kenya (Nairobi and its environs) some people reported light shaking.

Not many earthquakes of such size have occurred in recent history in this region as it is far from plate boundaries and major faults.

Check back to cnyakundi.com for subsequent updates on this developing story…