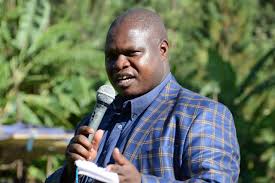 A dejected delegation from Kisii and Nyamira counties that went to visit the Deputy President William Ruto in his Sugoi home is crying foul over the way they were handled by the organizers.

The delegates allege that they were promised to be given allowance amounting to Sh 20,000 for the two days but they were shocked when they were handed Sh. 1, 000. It is said that Members of County Assembly (MCAs) received a Sh. 2,000 each.

“I was told that my name was among those visiting the Deputy Head of State in his Uasin Gishu County and that by the end of the trip I could take home that amount. I learnt with disbelief that the organizers had pocketed our money which translates to millions and chose to give us partly Sh 1, 000,” said a delegate from Nyaribari Chache.

The delegate who sought anonymity said he closed his business for two days with the hope of getting more than his daily returns only to return a frustrated man.

“A friend had warned me that the Maangi led team have selfish interests and were out to please the DP with numbers that do not conform to his ideologies an advice that I ignored only to fall victim of the schemes of brokers,” he said.

Another delegate from Bomachoge Chache constituency accused Maangi of dividing voters ahead of the forthcoming general elections. He wondered why Maangi who was recently elected the Organizing Secretary for Orange Democratic Movement (ODM) for betraying the party.