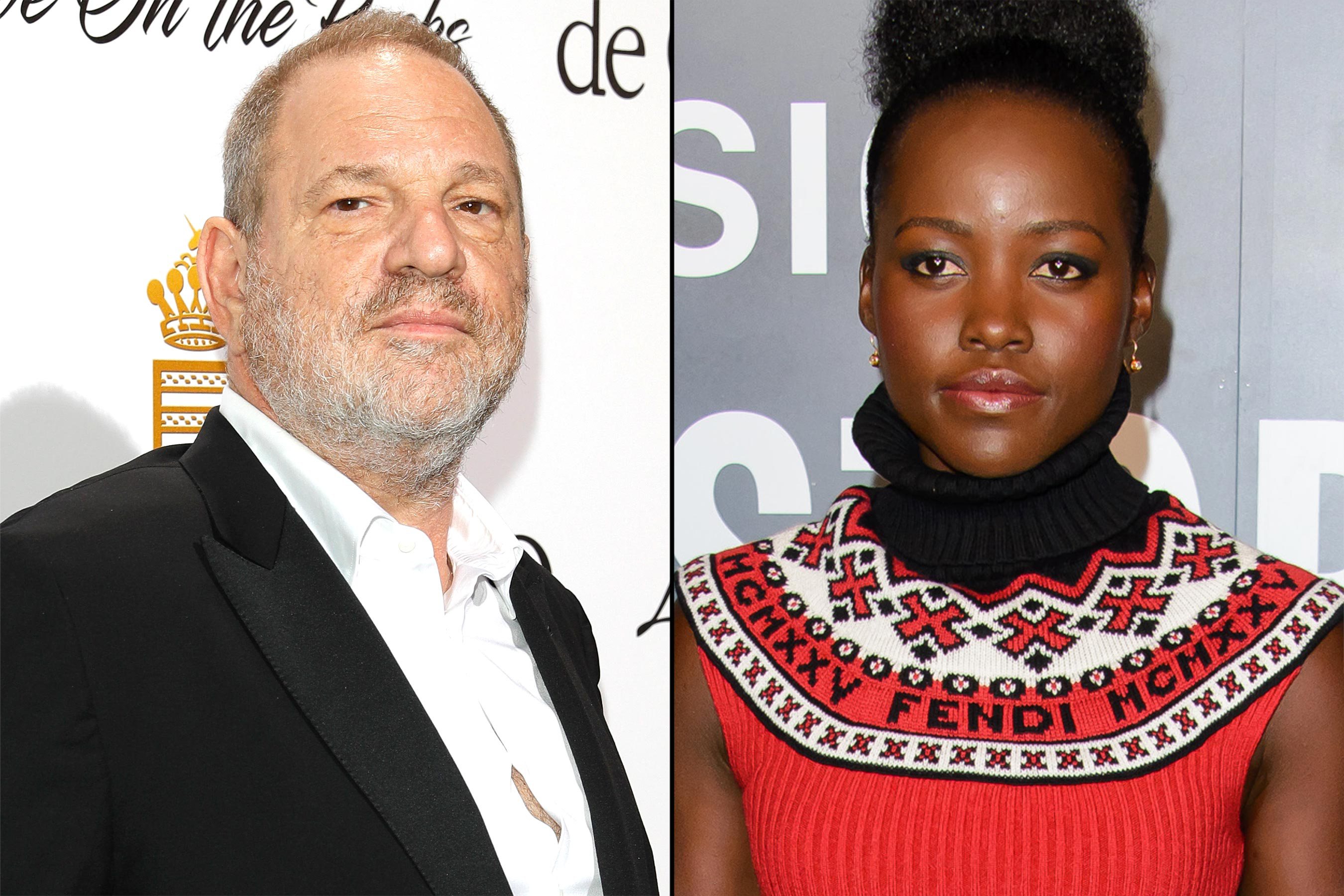 Picture this, award-winning actress Lupita Nyong’o writes an essay for the New York Times, about her encounter with disgraced Harvey Weinstein. She says that she took herself to his house, and he asked for a massage. In his house remember.

The essay was published on Friday 20th October.

24 hours later, TEDx guys coincidentally happened to be in the country. And by another miraculous coincidence, a senior lady in the media industry just so happened to have be a victim of sexual abuse. The choice of victim ofcourse had to be grand and influential because other inconsequential victims are often overlooked.

By sheer coincidence, it just so happened that in the audience was a prominent former Citizen TV journalist, and her friend whom she helped hook up to start a morning dance and aerobics show on the same channel. All influential social-media personalities.

I may not be a CSI detective, but something here just ain’t right! This is all too coincidental.

Please note that thus far, none of these individuals has used their personal influence to discuss about the ongoing nurses strike in Kenya, currently at 148-days. None. Which means that current cases of sexual-assault are going unattended, yet a little exposure of the industrial action by the nurses, would greatly aid that immediate challenge.

And this casts aspersions on the nature of the #MeToo campaign. Has it been scripted to target prominent male individuals aiming to bring them down? Why are feminists so jealous of male success, that they have to embark on such a protracted and toxic strategy, targeting men who have succeeded in creating a lasting impact?

Other than Harvey Weinstein, which other prominent male is on their hit-list?

Because patterns and interlocking social conventions that promote this fem-centrism, are invisible to the naked eye. It is becoming evident that the feminine imperative is normalized as the CORRECT goal of any conflict. Referring to Adelle as “ugly” is seen as more significant occurrence, than the fact that she actually is. The feminists wants to make me doubt in my own visual abilities, as to making a distinction between what’s ugly or not. And they want it by force.

Women profile men everyday and we have been conditioned to accept that as normal. We are judged everyday based on our height, weight, hair, beards, financial capabilities and most importantly the size of our dicks.

Actually, the first school-yard insult even mature women will resort too is “I bet he’s just got a little dick” whenever they disagree with any guy talking about women in any critical fashion. Believe it or not, women are very concerned with the size of a guy’s dick. They may avoid public admissions of it when asked, yet privately, amongst themselves in chama’s, they’ll shamelessly go into detail about their current men’s cocks. And they’re not even all that secretive about it when they’re in a group setting. Publicly, women will claim that “it’s what he does with it that’s important” or the shaming tactic “men are so preoccupied with their dicks, women don’t want a huge cock, it hurts, blah, blah,..” but the private message amongst the sisterhood is the direct opposite.

Sure, let Harvey Weinstein pay for his sins, as I’m sure he has fed this beast called feminism till it one day decided to consume him. But Kenya is a unique space to start questioning some of these social-constructs, being shoved down our throats by a clueless media and a network of toxic feminists.

I think this anger that led to massive outpouring of hate against Cyprian Nyakundi, is because I disrupted some pre-planned campaign, where foreign donors were supposed to pump money into campaigns aimed at emasculating the boy-child and elevating feminists and homosexuals. To the foreign donors out there, with a lot of money to throw, kindly do your shit without endeavouring to emasculate the boy-child. That’s our irreducible demand.

In general men have an “Internal Locus of Control” and women have an “External Locus of Control.” Men have Power from within. Women try to get Power from others. For instance, affirmative-action as opposed to merit in-order to be nominated to parliament or get jobs. Basically what feminists have been trying to do is a power-grab. Using social-conventions to acquire what men have to toil and labour hard for.

Not all women are toxic-feminists. Only the smart ones who’ve learnt how to game the system in their favour, have the capacity to use their far less exposed sisters, into involuntarily signing up for this warped cause.

For instance, while we are reading about a certain upcoming actor Christine Wawira helping Caroline Mutoko’s reformed street-urchin Chipukeezy meet his idol Kevin Hart, Lupita has never extended the same courtesy to her Kenyan compatriots, despite being in a position to. Her solipsistic imperative dictates that her glory is a for her own benefit. Infact, her biggest export to Kenya through her misguided compatriots is importing toxic feminism here, by acquiring a #MeToo franchise for this region and hawking it to us through her sister Zawadi and of course the other donors funding Adelle’s NGO. 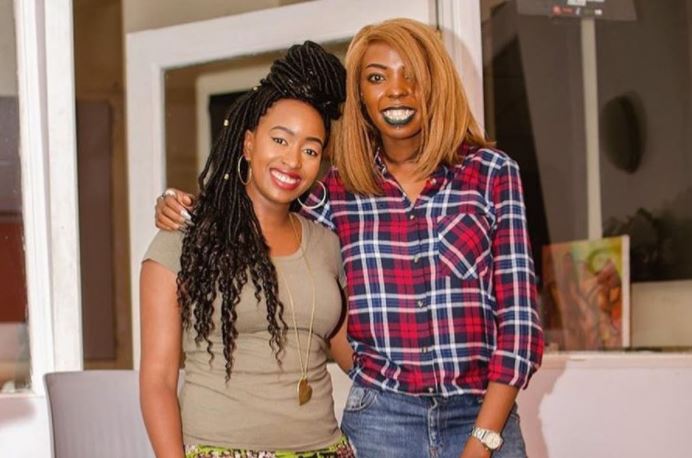 CAPTION: Janet Mbugua and Adelle Onyango who looks atrocious and horrible. That black lipstick makes her look like some actor straight from a horror movie.

Men and women of goodwill, it’s time we rise up against structural emasculation by rabid feminists. And we narrow down to a few number of institutions to achieve this objective. First is Radio Africa Group as the foremost proponent of toxic feminism, from the era of Caroline Mutoko, to her current off-shoot Adelle Onyango. Secondly, there’s Scan Group where I’m reliably informed that individuals working for the company are planning a negative campaign against me, because monies meant to launch advertising and media narratives entrenching homosexuality and feminism, were supposed to be channeled through them.

And last but not least, we have Janet Mbugua. I’m saving my sharpest of knives for her, when she breaks up with her husband. Nothing good can come out of surrounding herself with feminists and lesbians. You best believe!