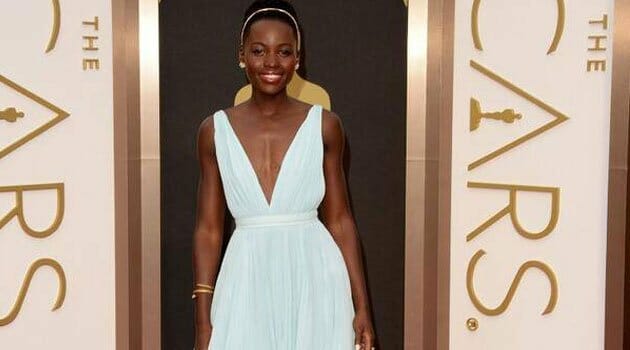 The Sh14 million custom-made dress worn by actress Lupita Nyong’o at the Oscars on Sunday has been stolen in Hollywood, the BBC reports.
Lupita was stunningly dressed when she appeared at red carpet event where she was also a presenter.

The Calvin Klein Collection by Francisco Costa dress studded with 6,000 natural white pearls was stolen from her room at the London Hotel in West Hollywood.

“Sheriff’s Lt William Nash said the dress appeared to be stolen on Wednesday evening and officers were checking CCTV footage,” the BBC stated in its online report.

BBC quoted Lupita’s interview on Sunday when she was asked about the dress by an Associated Press journalist whom she told “I’m just wearing my diamonds and pearls. My homage to (musician) Prince.”
She added of the dress: “We talked about it being fluid and liquid. I wanted it to be an homage to the sea.”

No suspect has been arrested over the incident so far.

31 year old Nyong’o rose to world popularity when she won the Best Supporting Actress Oscar for the film ’12 Years a Slave’ two years ago.

Her popularity blossomed further when she was named the most beautiful person of 2014 by the People Magazine.

He Oscar award opened her doors to also earn her yet another title of the MTV Africa 2014 personality.