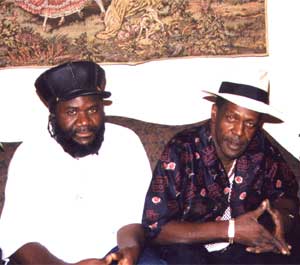 Contrary to the wide held perception created by retarded tribalists like Johnstone Muthama, James Orengo, Anyang Nyongo and other opposition stalwarts that it’s only members of the Kikuyu community who are thieves, based on the sole actions of the Kenyatta Family, Luhya’s also have individuals proficient in the art of conmanship, thuggery and outright extortion.

Kikuyu’s have unfortunately had to bear the title of “thieves” on behalf of the Kenyatta family, because the prominent land-grabbers are perhaps the biggest crooks North of Limpopo and South of the Sahara. Members of the Kikuyu community are dumb enough to be associated with crimes of the first family, and take the bullet on their behalf. Quite noble of them.

Brought to our attention on WhatsApp is Luhya thief Calvetti Nyabingi aka “Papa Bingi” a concert promoter who has brought some of the biggest reggea names to the country over the last twenty years. But one salient similarity is that none of these concerts have a happy ending, as Papa Bingi, an American Citizen, always ends up fleecing their appearance fee’s and not settling dues.

Papa Bingi conmanship can only be likened to another Luhya thief by the name of Cyrus Jirongo. On the brink of bankruptcy, Jirongo is famed for writing the highest number of bouncing cheques in the history of Kenyan banking. If ever there was a Guineas Record of dishonoured cheques, Jirongo would bag it. He’s the poster-child of the failed financial model in modern-day banking.

And none other than straight shooting journalist Clay Muganda who captured the thug that is Papa Bingi.

In 2004 according to Muganda, Papa Bingi brought Glen Washington, and the miraa-chewing, glue-sniffing, bhang-smoking and stone-throwing Nairobi hooligans went on the rampage at the venue of his second performance.

They were at Nyayo National Stadium mugging people, stoning cars and engaging the police in running battles, all in the name of reggae, and Rastafarianism, which they besmirched.

They descended on innocent motorists, traders and pedestrians, not to mention reggae-loving Nairobians who had gone to watch Washington perform in his last concert in the country at the stadium on Uhuru Highway.

Reggea has today changed and recently we had high level performances by reggea artists, which has shed off the image of slum-dwellers and Kibera-type youths mugging revellers. It has taken the efforts of DJ’s like Kris Darlin, G-Money, DJ Mo’ and night-nurse Talia Oyando, for elevating reggea’s reach to the middle and upper middle-classes.

But as the fans evolved, plus the changing economic fortunes of former slum-dwellers who joined the wage-economy thanks to the sound economic policies of former President Mwai Kibaki, some promoters are still holding onto the past.

But what is it that makes Nairobi’s reggae fanatics give reggae and Rasta and a bad name?

That has changed now. Many are blind to the radical transformation brought about by Mwai Kibaki. Many more individuals, especially dumb members of the Kikuyu and Kalenjin communities, are comfortable with the two thieves Uhuru and Ruto taking us back to that level of economic tomfoolery. Clinical-amnesia is what many of these Bastards suffer from.

The most famous cock-up by Papa Bingi was perhaps the concert by Apple Gabriel in 2006. Bingi pries on Jamaicans desperation to make that return to Africa and connect with the motherland. He knows their language and plays the game perfectly. 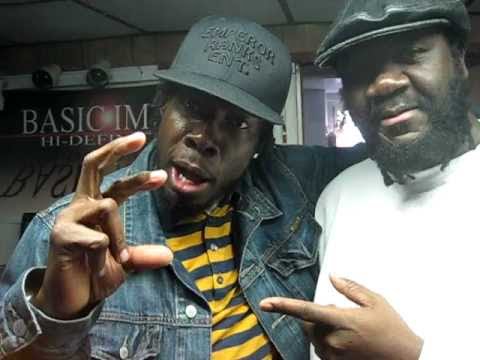 They came, performed and got stuck. The last bit because their hotel bills were not, according to the management of Chester House Apartments, paid. This is what happened to the crew of reggae musician Albert “Apple Gabriel” Craig, who flew in August 2006 to perform during that year’s Reggae Summerfest.

The fest was held at the Kenyatta International Conference Centre, coincidentally the same venue for this weekends concert headlined by Mr. Free Up himself Busy Signal.

In the beginning, everything seemed fine, but after the Splash Waterworld performance, things came to a head when the performers and a few fans were locked in the restaurant because some of the service providers called in the police as their bills had not been settled.

By Monday after that Summerfest concert, things had got worse when some members of the entourage were locked out of their rooms at Chester House Apartments. Their piling bills had not been settled, and some of them had been accommodated for close to two weeks.

Some of the stranded artistes had come into the country with the Summerfest organiser, Papa Bingi, aka Calvetti Nyabingi, weeks before Apple Gabriel’s arrival, on the understanding that he would settle their accommodation bills. But until that Monday, Papa Bingi was nowhere to be found. In fact, at the time the performers were being locked in at the Splash Waterworld, Papa Bingi had bolted.

A Jamaican who lives in the US

“We do not know where Papa Bingi went to,” lamented Puma, a New York-based disc jockey with LP International. “Bingi was not supposed to pay me any money because we work together in New York, and I only needed a roof over my head and he was to settle that.

“We knew that he was going to settle all the bills,” said Paul, a German deejay who came together with Bingi had been quoted as saying. The deejay and his partner, a sound technician, had been in the country longer than Apple, but they arrived after Puma.

All their stuff was locked up in the rooms and they did not even get to perform because the show was canceled.

As the stranded artists were narrating their ordeal to the press on Monday and Tuesday after the concert, Bingi was not available, but when journalists later traced him through one of his henchmen, he denied owing anybody any money, least of all, Apple Gabriel.

Unfortunately, we can’t run comments from Bingi because bloggers don’t run on the same standards as mainstream journalists, where “both sides” must give adequate airtime, just to sanitize criminals. We are here to alert people of the fraud that Papa Bingi is.

That Monday evening after the concert, Gabriel left recorded a statement at the Central Police Station and asked the police to find Papa Bingi. Then, that Tuesday, some of those whose property had been locked up in Chester House filed a case at the Milimani Commercial Court seeking orders to compel the management to release their property because the agreements for their stay at the apartments was entered into between Chester House and Papa Bingi.

They lamented that they were being held hostage for no fault of their own and could not access their cash, clothes, airline tickets or medicine. Chester House wanted bills amounting to more than Sh500,000 settled.

So before fans attend the Busy Signal concert, his entire entourage must go online and on social media to confirm that their dues have been settled, because Kenyans don’t want another Papa Bingi fiasco. It was painful seeing Kenyans lament the terrible organisation of the BBQ Live WizKid Concert, where the Nigerian joker didn’t play with a live band and instead lip-synced through the entire concert. Promoters in Kenya have started being shady just because they think it’s the in-thing now.

How does someone pay Kshs. 10,000 to watch a short bastard lip-syncing? And to insult their intelligence further, watch washed-up artistes Nameless and Redsan?
We must put an end to these cartels once and for all. Kenyans must learn to question. Not just blindly rubber-stamp issues. 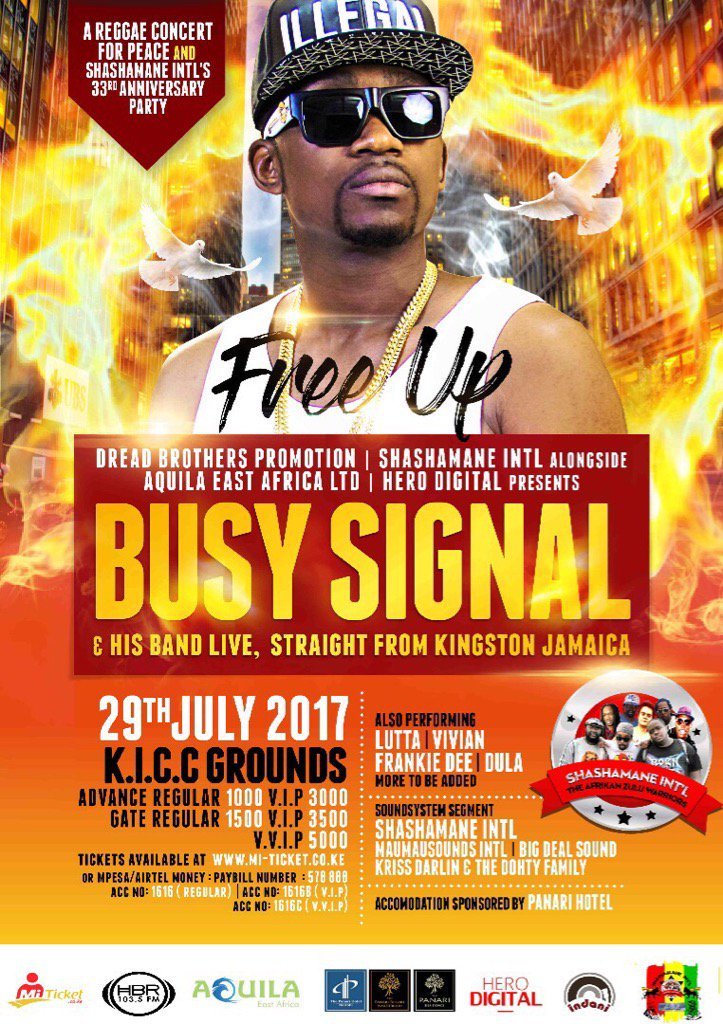