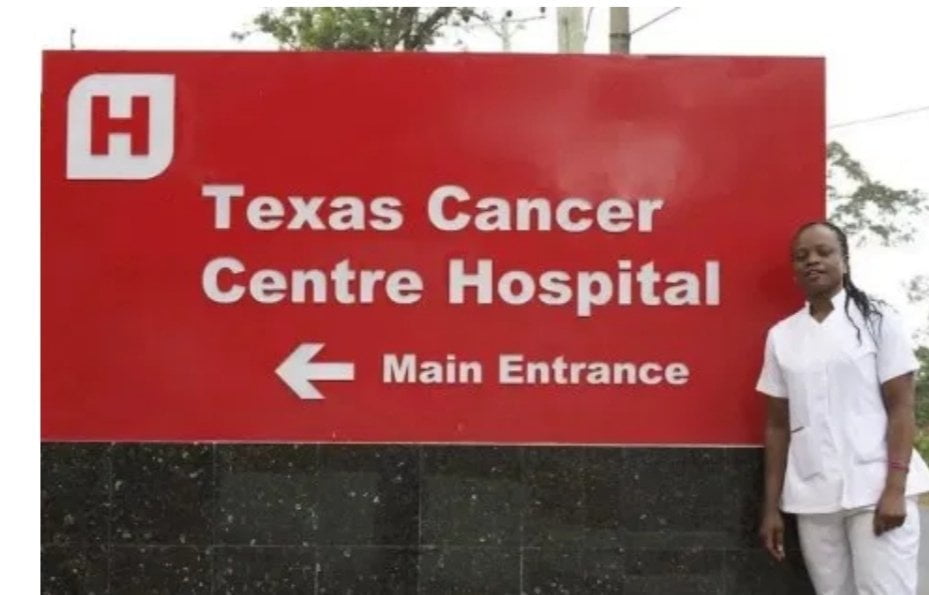 In its more than 8 years of operations, Texas Cancer Centre Hospital along Mbagathi Road in Nairobi has availed care to nearly 18,000 cancer patients using skilled oncology professionals and team members. This Centre treats patients who come from poor backgrounds.

However, in the recent past and as exposed by this blog, the relationship between the owner Dr. Catherine and her husband Samson is threatening to upset the apple cart. The tranquillity and professionalism now hangs in the balance.

This is occasioned by insecurity on the part of the husband, Mr. Samson Watta.

Dr. Catherine Nyongesa is said to be one of his wives and that due to insecurity, the man, Samson, flew from the US to come and watch over his wife for fear that she is being ‘chewed’ by younger more energetic men.

According to a source, Samson Watta has been trailing Dr. Catherine Nyongesa (his other wife in Kenya) since the day he came back from the USA where he used to live.

Close sources allege that he left his other family and is here to watch out on Catherine who he has been claiming that is going out with several boyfriends. Waita is insecure and mad that he even shouts at her in-front of her patients at her work of place, Texas Cancer Centre Hospital.

Well, it’s believed that Nyongesa Catherine has had numerous relationships with different men and that failed miserably. She has kids that are not of the same father.

With all the insecurities, Samson has now decided to follow Catherine in every Official occasions and functions that may see Catherine out of Nairobi trips which are funded by the organizations where Catherine works. He has felt that he has to stay put or else the said wife would be taken away from him.

Her post on Instagram (IG) confirms how she deeply regrets being followed by Samson like a small child and who knows maybe she is looking out to divorce him soon since no one can stand this kind of life at her age of over 50.

It’s alleged that Samson who has been avoiding the media, blocked off all family members from Catherine side to even visit their house apart from making sure that he drove them off from working at Texas Cancer Centre earlier this year,the hospital which is slowly going down and might be closed down very soon in regards with a lot of hefty penalties and debts they owe their suppliers.

Catherine has had a rough past life of separation with different men that got her with different kids since Samson has only one son with her.
Will soon be posting screenshots,Videos and pictures of some of Dr Catherine Nyongesa’s Mpango Wa Kandos conversation and list all the hotels she has spent and also dig deep in how the patients are not getting good health at Texas Cancer Centre apart from the staff earning peanuts out of their hard work something that was done by Samson Watta of which the barraged kicked out staff members are making ways to fight them back for compensation through the county Government of Nairobi and the Labour courts.
Would you like to get published on this Popular Blog? You can now email Cyprian Nyakundi any breaking news, Exposes, story ideas, human interest articles or interesting videos on: [email protected] Videos and pictures can be sent to +254 710 280 973 on WhatsApp, Signal and Telegram.

In this article:Texas Cancer Centre