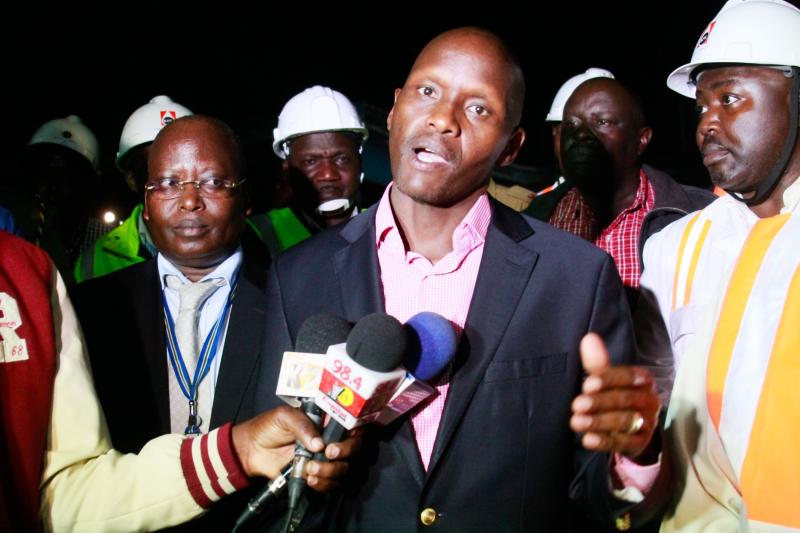 There was a scuffle at Kenya Pipeline Company managing director Joe Sang’s home as DCI detectives arrested him.

The officers almost broke the doors to gain entry into the Muthaiga home after the embattled KPC boss reportedly declined to cooperate.

The detectives stormed the home at about midnight but took several hours to get hold of the suspect.

Sang was arrested alongside head of procurement Vincent Cheruiyot and legal officer Gloria Khafafa over a Sh11 billion scam at the oil distributor.

They are accused of misappropriating funds during the procurement and construction of the Kisumu Oil Jetty.

DPP Noordin Haji in a statement said he had satisfactory grounds to hold the senior officers culpable.