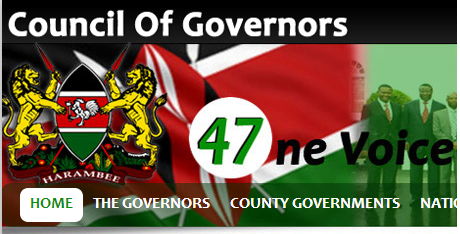 Governors were on Monday trying to reach a consensus on who will succeed outgoing Council of Governors Chairman Isaac Ruto.
Governors who spoke to this website  said they would go for a negotiated deal to pick Mr Ruto’s successor to avoid splitting the 47-member CoG along party and regional lines through a fractious election.
The Bomet governor is ineligible for re-election, having already served the maximum two terms as provided for in Section 19 of the Intergovernmental Relations Act, which creates the governors’ council.
Those said to be interested in replacing Mr Ruto include Kakamega Governor Wycliffe Oparanya, his Meru counterpart Peter Munya and the current CoG vice-chairman and Kwale Governor Salim Mvurya.
Bungoma Governor Kenneth Lusaka laughed off reports that the race had narrowed to Mr Oparanya and Mr Munya, with the Cord coalition planning to whip governors allied to it to support the former.
“We are trying to reach a consensus on our new team. We do not conduct our affairs on the basis of our individual political parties,” stated Mr Lusaka.
Two of the contenders for the post of chairman, Meru Governor Peter Munya and his Kwale counterpart Salim Mvurya both maintained that they were in the race but denied that they were being sponsored by their respective coalitions.
“There is no Cord and Jubilee. I don’t even think the Jubilee guys like me. I am contesting as Munya. Our first line of action is to go for consensus and if we fail, then we will go to the ballot,” said Mr Munya.
Similar views were expressed by Busia Governor Sospeter Ojaamong, downplaying reports that his Orange Democratic Movement (ODM) party would back Mr Oparanya.
THURSDAY’S ELECTION
“This is not a party issue. There are no parties here. We are the people who are on the ground and we know the issues that affect us and the common mwananchi,” he said.
He disclosed that governors were holding informal talks to settle on a candidate ahead of Thursday’s election.
“We are travelling to Nairobi this week to agree on who can best articulate our issues. It is not about so and so versus so and so or this coalition versus that coalition,” said the Busia governor.
Would you like to get published on this Popular Blog? You can now email Cyprian Nyakundi any breaking news, Exposes, story ideas, human interest articles or interesting videos on: [email protected] Videos and pictures can be sent to +254 710 280 973 on WhatsApp, Signal and Telegram.