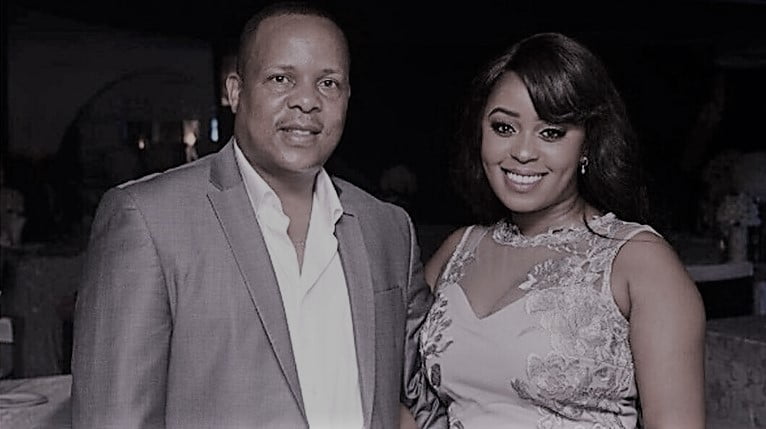 Caption: Lilian and Jared before their marriage turned sour.

During Christmas Eve, through an extremely long Instagram caption, TV Anchor Lilian Muli spoke out on her troubles behind the screens and how her recent separation from her husband has affected her life.

She went on to announce that she was now a single mother for the second time in her life and said that she did not want to be associated with her “polygamist” ex-husband.

Just a day after Lilian Muli spoke out, her baby daddy Mr Jared Ombongi, the Shabana Football Club chairman, has come out to refute the claims.

Lillian Muli: The Rural-Bred Girl That Wanted It All

While speaking to a local blog, Mr Ombongi said that he was a strict and principled SDA adherent who could not cheat on his ex-wife Lilian.

He went on to accuse Lilian of being an insecure and unsupportive wife and that she was always going through his mobile phone every time he was in the house. Jared also added that he stopped going through her phone after he realized he was not the only one on the list.

“She wants to be with my phone every time I’m in the house. I stopped going through her phone after I realized I was not the only one.”

Ombongi also said that he is glad the marriage is finally over since Lilian was extremely jealous and she brought very little to the marriage.

“My ex-wife was very jealous. Other than walking naked in the house, she adds completely zero to the table,” said Mr Ombongi.

In this article:LILLIAN MULI SAGA