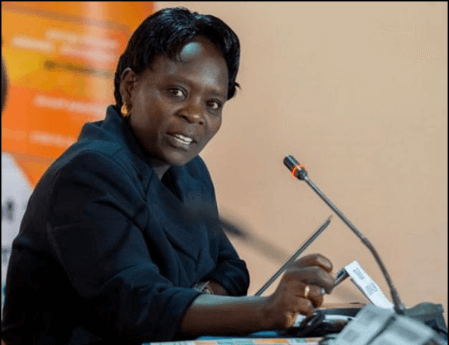 The business community in East Africa awaits with bated breath the looming court battle at The Labour Court of Tanzania following the unlawful dismissal of Ms Lilian Awinja the immediate former Executive Director (ED) – East African Business Council (EABC). This has caused upheaval and uproar amongst the council’s membership and The East Africa Community (EAC) regarding the organization’s management.

On Friday 28/09/2018, the EABC chairman called the executive director and instructed her to immediately resign handover to the finance officer and vacate the EABC premises. The ED protested, in the conversation, she is heard telling the chair that she has worked so diligently for 10 years and that she deserved decent treatment. She reminds the chair that her current contract which expires in 2019 and The Tanzania Labour Laws stipulate clearly the procedure for her separation with the organization, to no avail.

At some point, Mr. Nesbitt rejects Lilian’s suggestion to send him EABC letterheads so that the sacking is done in writing. The chair together with Mr. John Rusagara a board member is heard in the teleconference threatening her with dire consequences if she stayed at EABC for another day. Under this circumstances, the ED painfully left in a huff! to the shock and disbelief of the board, the entire EABC membership and employees.

This outrage has caused the membership to demand the convening of an extraordinary AGM to chat the way forward out of this shame and disgrace. Meanwhile, the public awaits with anxiety how the EABC chair and his protegee navigate the Tanzania corridors of justice…watch this space. Our efforts to rich him, the ED and Ms. Lilian Awinja did not succeed the later referring us to her lawyer.