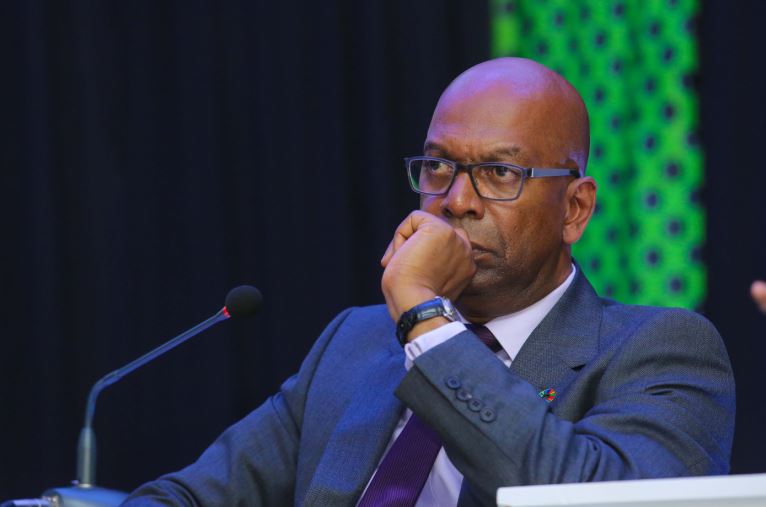 Hi Cyprian Nyakundi there’s an issue I would like to raise about the Safaricom plc and it’s so called tunukiwa offers specifically on the unlimited 4G bundles for 24 hours the ones I purchased just yesterday at midnight. it’s now 6.00pm as I’m writing this barely 18 hours and I have been without 4G network since 12 noon today.

Not that my phone doesn’t support 4G network or my line, as a matter of fact, they both do but since I since I restarted my phone today at noon just to boost it a bit my 4G network is unavailable. When I switch the network to 4G all I get is blank bar icon. Now this is not the first time this has happened because Yesternight as well after I purchased the unlimited 4G bundle for 24 hours I decided to update my phone’s software the first thing and the internet speed was alright it was fast just as I expected cruising at 2.39 Mb/s until I finished downloading the software and installed it into my phone.
Now just after rebooting my phone which happened automatically after a software update and installation, my 4G network was gone and all I had was 3G at most. When I called customer care I was told that they have a problem with the Tunukiwa sector and that it was a technical problem and I was advised to be patient the network would be back in a bit or maybe try again tomorrow.
That’s funny coz remember I’m on a time limit of 24 hours for the offer. Anyway after around 30 minutes the 4G network was back but I noticed it was way slower than before not exceeding 1.16 Mb/s when I was updating apps from my certified app store and then internet speed varied as well meaning it was not constant which made my downloads even slower compared to before. But I’m a loyal customer so I survived through the slow speeds till 3.00 am in the morning when I finally got exhausted till I slept.
And through the while the internet speed was constant specifically when it came to downloading movies from verified movie sites at around 130 Kb/s which is very slow for those who don’t know about internet speeds especially since this is 4G we’re talking about but then I just survived through it downloading the few I could which was only 2 movies, by the way, both totalling to about  400 Mb since I chose to download the lowest qualities.
Now the part where it got to me that this offer is a scam was when I restarted my phone at around 11.00 am today to boost it but when my phone came back on the 4G network was gone once again. I contacted customer care once again hoping maybe they would restore it like what I thought they did the first time. What I was told by the customer attendant is the same story about having a technical problem in the Tunukiwa sector so she told to try restarting my phone coz in the system she said my bundle was activated and maybe it was poor 4G network on my side and for your information I’m from Kisumu and I’m only 20 bob away from the town itself so trust me 4G network is entirely available in this region and as I told you before my phone and line are both 4G enabled. In fact it’s a Techno CX air for those who may be doubting.
And upto now since around 11.30 am my 4G network is unavailable despite restarting my phone as I was told by the customer attendant.
Now here is what I’m trying to say my fellow Kenyans the Tunukiwa offers are a fraud and I wouldn’t advise you to buy any of them coz they are not even close to being offers.  You’ll buy the unlimited 4G bundle available for 24 hours at Ksh. 300 as I did hoping to have a memorable 24 hours of numerous movie downloads and such but trust me when I tell you that you won’t. I’m a living testimony of this victimization and my advice to whoever is reading this is that whenever you hear anything about Tunukiwa offers my friend run away it’s a fraudster coming after you innocent money.
Would you like to get published on this Popular Blog? You can now email Cyprian Nyakundi any breaking news, Exposes, story ideas, human interest articles or interesting videos on: [email protected] Videos and pictures can be sent to +254 710 280 973 on WhatsApp, Signal and Telegram.