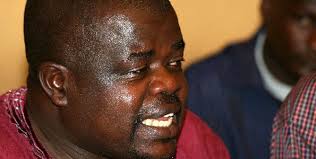 REF: URGENT REQUEST FOR COMPREHENSIVE INFORMATION CONCERNING THE EUROBOND – CAUTIONARY NOTE UNDER ARTICLE 47 OF THE CONSTITUTION OF KENYA 2010

We are citizens of the Republic of Kenya, and in this letter, we address you, with utmost respect, in your capacities, both collectively and individually, as agents of the Government of Kenya with a fiduciary duty to uphold the rule of law.

At the very onset, we categorically clarify that we humbly write this letter to your eminent persons to make a genuine demand anchored in law, in good faith and in the public interest, and not to cock a snook at the authorities of the aforesaid Republic.

We make the said request in relation to the unpleasant reality that, taken collectively, the communication reaching us, at times conflicting but always economising on the truth, mainly through the mass media, from various government offices on the above subject matter, amounts to terminological inexactitude.

We reasonably suspect that the money, which, at the time the Eurobond was floated, the Government said was ostensibly borrowed to pay off a demanding commercial loan and to finance big infrastructure projects, could have been channelled elsewhere and used against the Republic’s public policy and without consideration for the public interest.

Over the decades, runaway public debt has impoverished our country. The high cost of servicing it has taken scarce money away from development projects and vital services such as our struggling healthcare and education sectors. Hence, Kenyans should only pay back what was legitimately borrowed to benefit them.

In international law, odious debt, also known as illegitimate debt, is a legal theory that holds that the national debt incurred by a regime for purposes that do not serve the best interests of the nation, should not be enforceable. Such debts are, thus, considered by this doctrine to be personal debts of the regime that incurred them and not debts of the state. In some respects, the concept is analogous to the invalidity of contracts signed under coercion .

Fiduciary duty imposed upon you and your offices by the very prescriptive Constitution of Kenya 2010, the Public Finance Management Act ( No. 18 of 2012), the various statutes, rules and regulations governing your offices, public policy of the aforesaid Republic, international best practice, the interests of Justice, and the legitimate expectation of Kenyans require that you provide the following information:

1. A comprehensive brief on the Eurobond process, including the exact amount of money that was raised;

2. Bank statements for all bank transactions providing evidence that the Central Bank of Kenya actually received the Eurobond;

3. Bank statements for all bank transactions providing evidence that the Central Bank actually transferred the Eurobond funds to the various ministries, departments, and agencies of the Government of Kenya;

4. Development (not recurrent) budgets of each ministry, department, or agency of the Government of Kenya which received the money;

5. A breakdown of specific projects which benefitted from the Eurobond money;

6. Bank statements showing, where applicable, that the Central Bank used the Eurobond to pay loans;

7. Evidence that the Eurobond money was budgeted for by Parliament;

8. Evidence that the Eurobond money was spent with the approval of the Controller of Budget of the Republic of Kenya.

It goes without saying that, where the state and its agencies and/or a person holds information whose release and publication would benefit the public; a public interest is created which trumps the privacy of the person or the confidentiality of the information.

We undertake to settle any reasonable copying charges for any information for which copies are required.

I therefore request that you provide the said information to us within the next four days of receipt of this notice.

You may call or email us at our personal contacts given below, or have the same delivered to our office whose address is Room 4, Floor B1, Block A, Western Wing, NSSF Building, Bishops Road, P. O. Box 60286 – 00200, NAIROBI.

Kindly, note that failure to supply the information as requested will necessitate recourse to the Constitutional Court for the following:
(i) Orders to access to the requested information;
(ii) A declaration that the Eurobond is an odious debt, not a sovereign debt, which benefitted a clique in power not the Kenyan public, and which, therefore, must not be paid by the Kenyan taxpayers but by those in charge of the regime.

1. THE KENYAN PUBLIC
THROUGH
THE MASS MEDIA
NAIROBI.

5. THE SPEAKER/CLERK OF THE SENATE
PROTECTION HOUSE
PARLIAMENT BUILDINGS
NAIROBI.