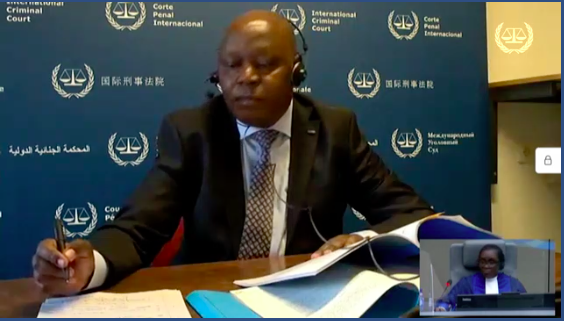 Gicheru at ICC: Whose play is it?

Earlier this week, Kenyans were treated to some rather unexpected news after it emerged that renowned Eldoret-based lawyer Paul Gicheru had surrendered to the International Criminal Court (ICC).

Gicheru activities had reportedly been under the court’s radar for over 5 years ever since he was accused of being part of a web of suspects responsible for bribing witnesses who were set to testify against Deputy President William Ruto with the aim of persuading them to withdraw or recant their statements.

Gicheru’s surrender raised more questions than answers as the ever speculative netizens across social media platforms attempted to decipher why an ordinary man who had previously been working for the government and living a free life in his home country suddenly decided to hand himself over to foreign authorities at the Hague.

Many insisted they felt it was yet another politically motivated schemed by Ruto’s adversaries in what has turned to be quite an interesting time in his political life.

However, unlike what many expected on Friday evening, Lawyer Paul Gicheru failed to spill any beans when he made his first appearance at the ICC, and instead, told the court that he would deny all charges against him.

“I do not intend to admit the charges under Article 65. The allegations read out to me are not true. They are false. All six of them are false,” Gicheru the Dutch based court.

Gicheru is suspected of corruptly influencing court witnesses in Kenya in 2013, and committing offences against the administration of justice.

Among the charges read to him include bribing the witness with Sh2.5 million and a job offer in exchange to drop the witness against the suspect.

During the first appearance, the Pre-Trial Chamber confirms the identity of the suspect, ensures that the suspect understands the charges, confirms that language in which the proceedings should be conducted, and sets a date to begin the confirmation of charges hearing.

Gicheru who was appearing before Pre-Trial Chamber Judge Reine Adelaide Sophie Alaphini-Gansou, is representing himself.

He said that the step to present himself to the international court was a voluntary move and was not bribed to fly off to Europe.

According to his personal lawyer John Khaminwa, Gicheru left the country quietly leaving no clue that he was turning himself in to the Dutch police.