The founder of Kenya Revolutionary Front (KRF) lawyer Miguna Miguna has given a list of charges he says President Uhuru Kenyatta is guilty of.

The 14 lists of crime includes, drunk and disorderly, torture, murder and gross human rights abuses among others.

The lawyer who was on February 2018 abducted, tortured, sedated and forcefully exiled in Canada has had 14 court orders for his reinstatement back to Kenya not honored by the Jubilee government.

Miguna has numerous times expressed dissatisfaction with the UhuRuto regime branding them despots. 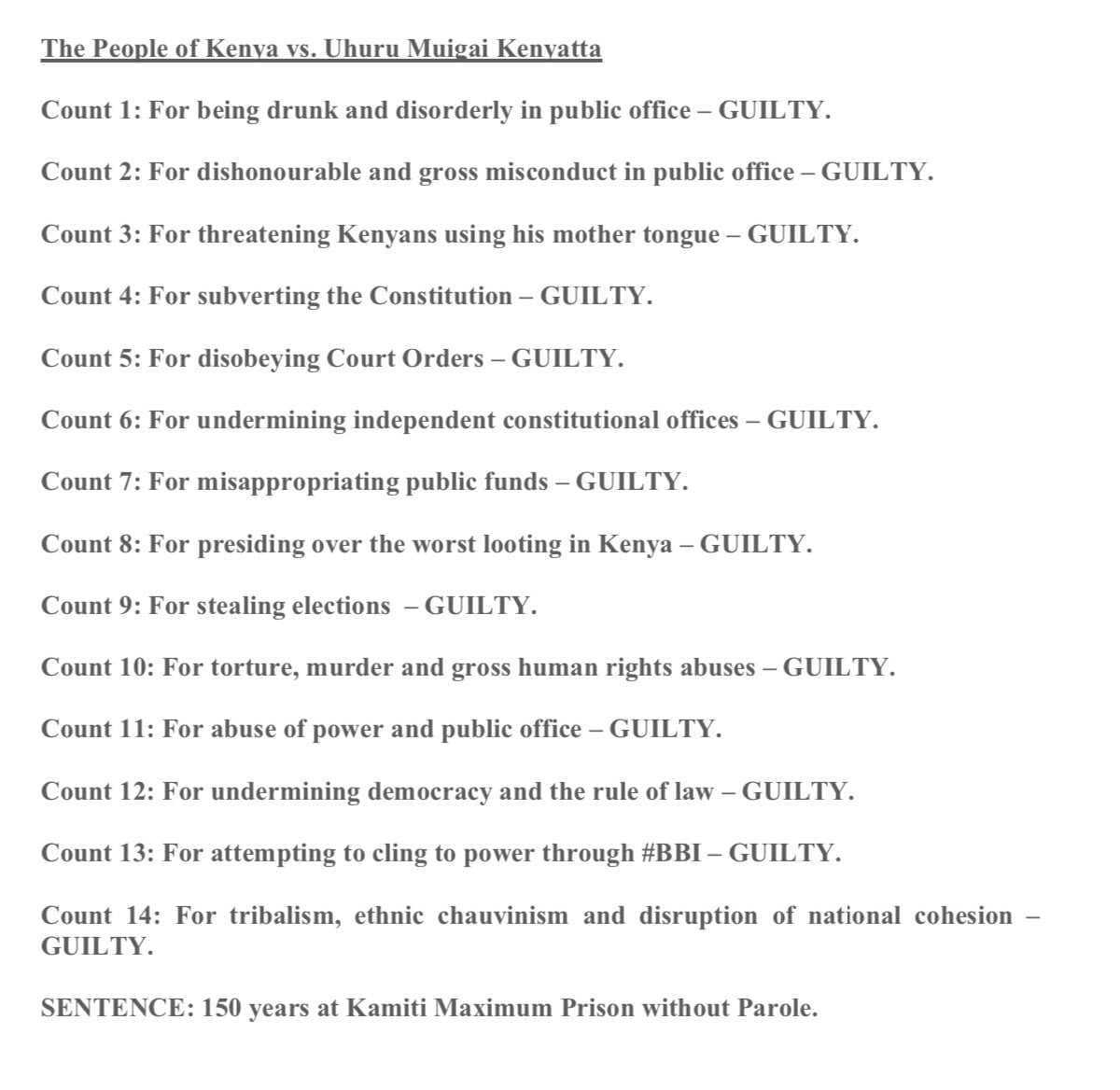