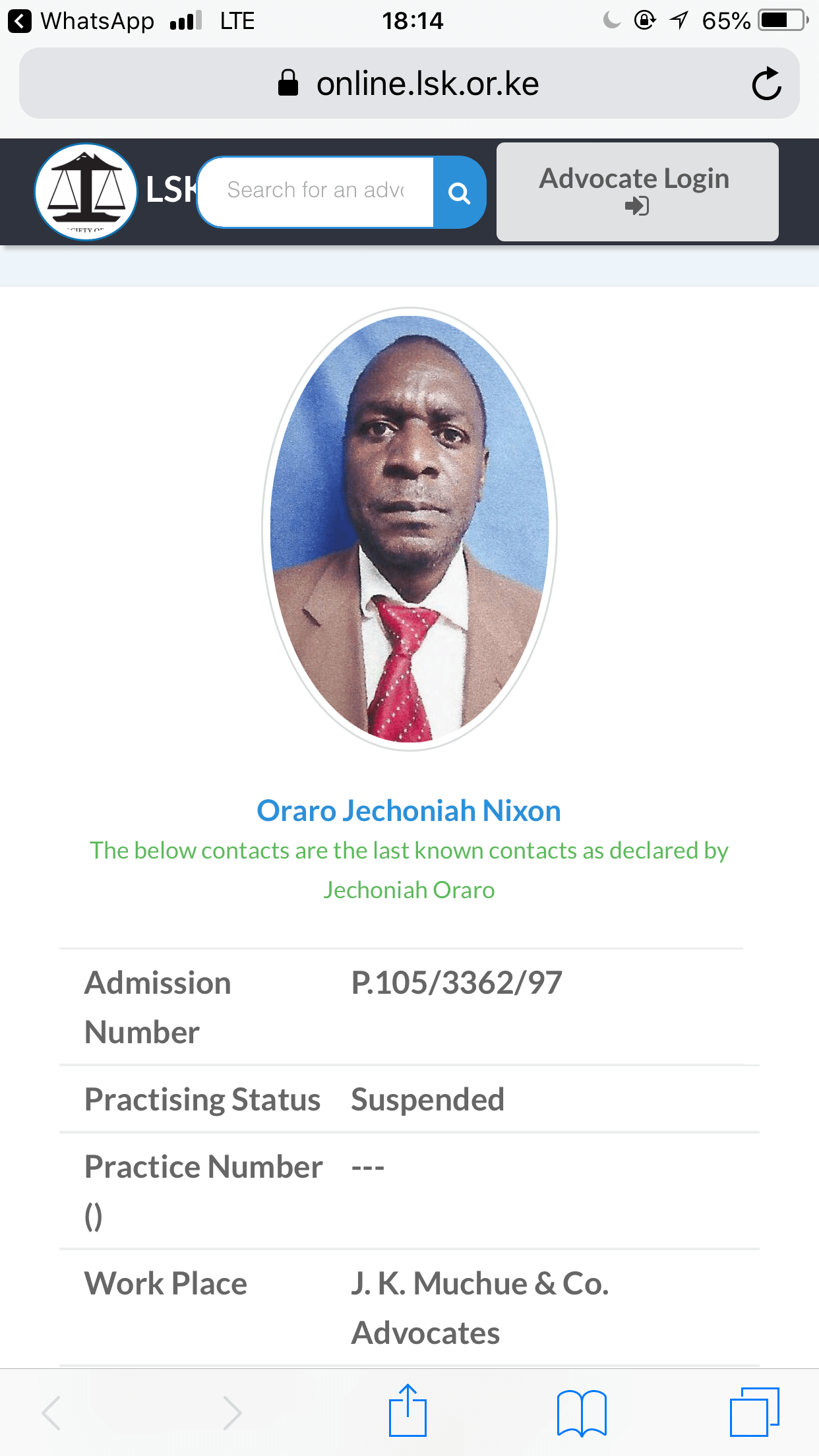 In the year 2003, while working at Athi River Steel Ltd, I sustained some general injuries forcing me to seek medical help.

The injuries were serious forcing me to hire the service of an advocate, Jechoniah Nixon Oraro and Associates for compensation and a ruling was made at Milimani commercial courts under civil case no. 3799 of 2003

In her ruling, senior residence magistrate Ms L. Arika awarded me ksh. 129,375 as compensation for the injury I sustained.

The award was paid by Kenindia assurance company Ltd on 12th, 07,2011 through Jechoniah Nixon Oraro and associates who has never availed the money to me to date.

Efforts to pursue the said lawyer have been null and void.

Hitherto to this summery are copies of case judgment, L.S.K, Advocates Complaint Commission (file no. CC/PE/DEC/16/70) MK among other relevant documents for your perusal. 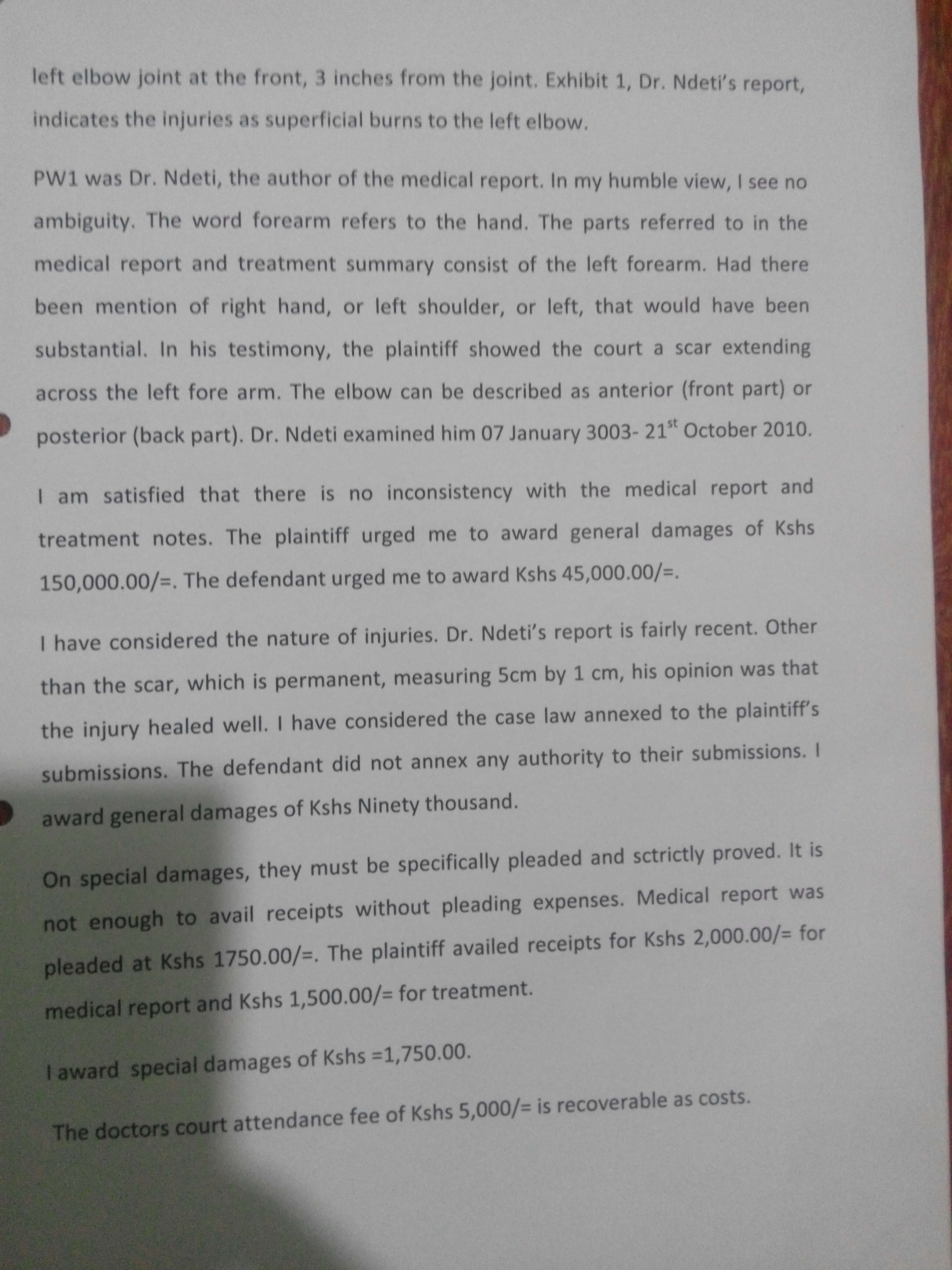 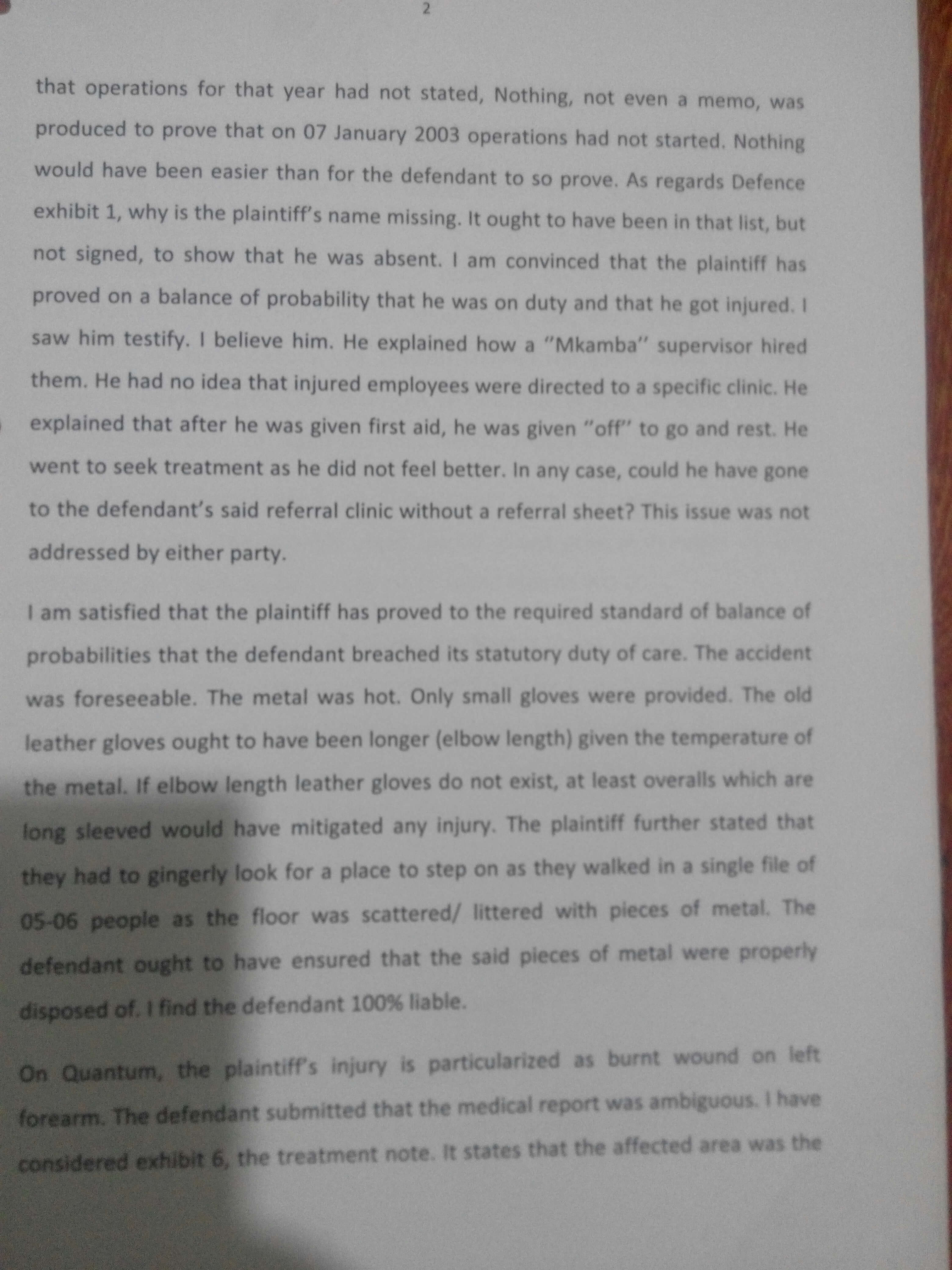 Caption: The court Ruling above 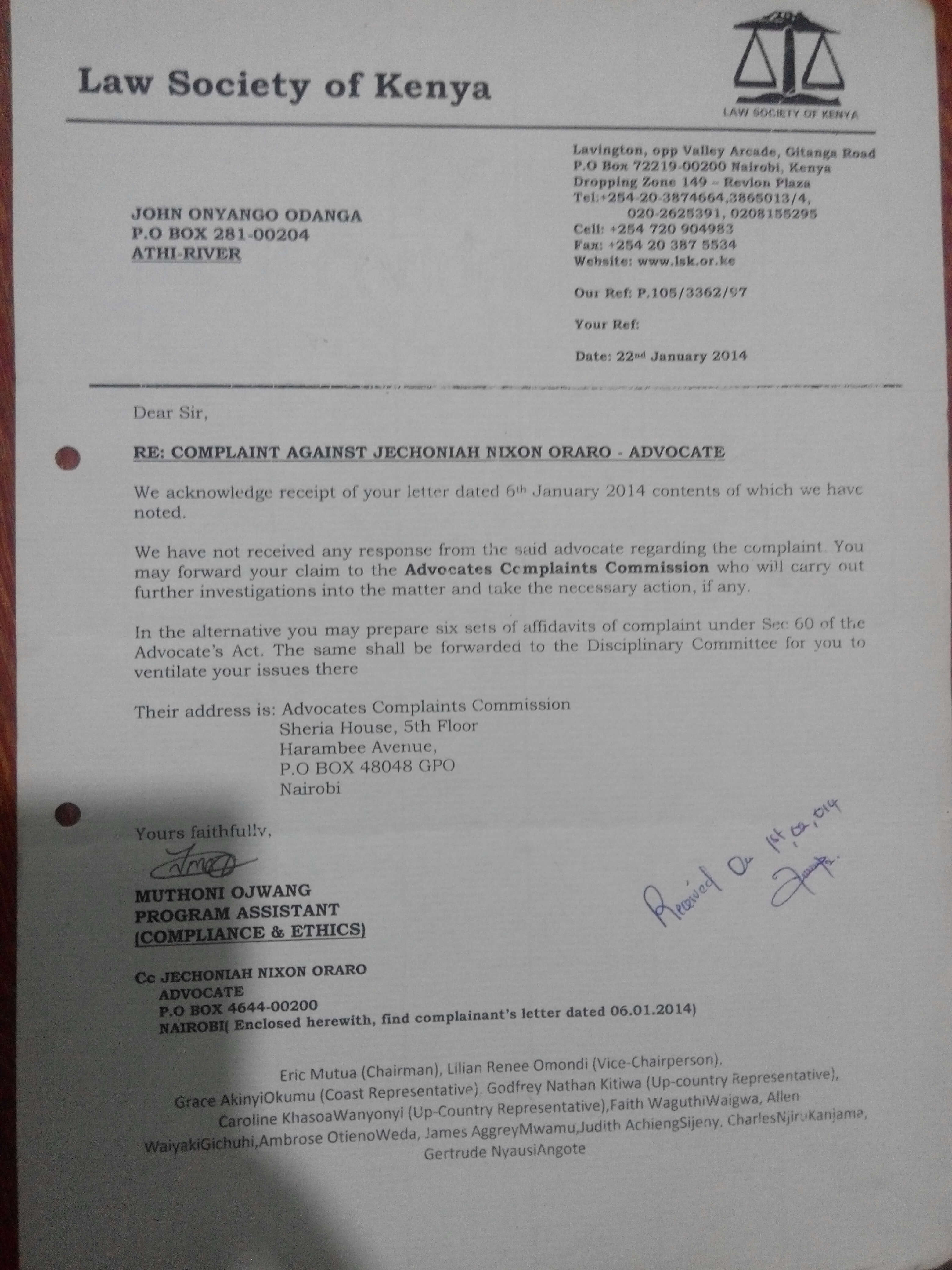 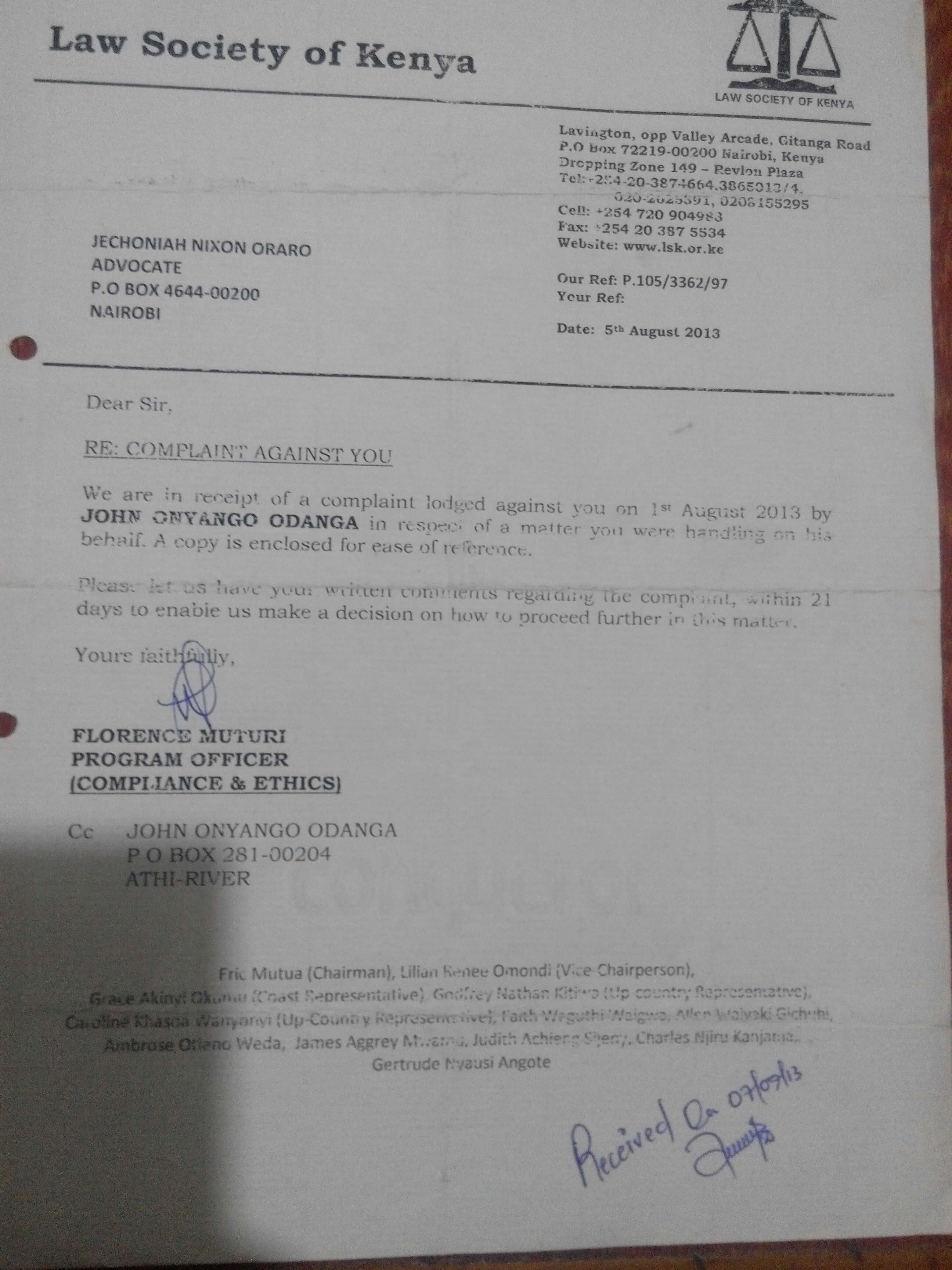