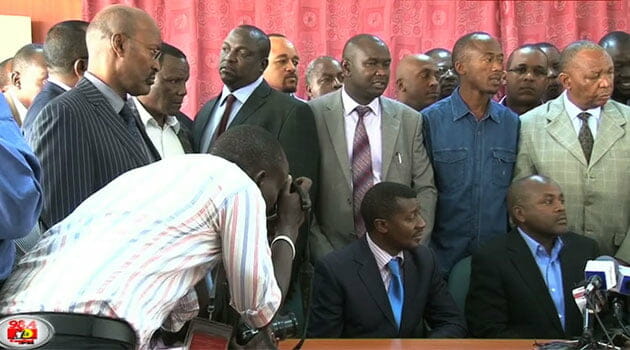 Members of the National Assembly intend to propose an increase to the Constituency Development Fund even as the court ruled that the Act must be amended to ensure it does not interfere with the operations of county governments.
At an unofficial meeting (Kamukunji) called to lobby members to support the cause, MPs are said to have resolved to form a parliamentary taskforce to come up with constitutional amendments to the CDF Act even as they develop more proposals to ensure the fund remains under their control.

“We are forming a parliamentary taskforce on the Constituencies Development Fund (CDF) to develop amendments which will see it entrenched in the Constitution,” said one of the legislators who did not want to be named.

In a rare show of solidarity, members set aside their political differences and vowed to fight for the fund which they say has benefited thousands of Kenyans.

This however is in dispute as many more MPs have been accused of misappropriating the fund.

“There will be a non-partisan approach to the issue. We will work together with our colleagues from the other side,” said another MP.

Last Friday, a three judge bench including Isaac Lenaola, Mumbi Ngugi and David Majanja declared the CDF Act unconstitutional but suspended its invalidity for a year to allow time for amendments to the law and also to ensure projects already being funded were not interrupted.

“The court considered that the CDF had been running for a decade and that the funds for the financial year 2014/2015 have been disbursed and the budgetary process for the next year was in progress. As the fund had entered in top legal obligations that needed to be dealt with, it was in public interest to suspend the period of invalidity of the impugned Act for a year to give room for corrective and transitional measures,” said Majanja.

According to sources, the eight-member taskforce will be formed next week and will immediately begin the process of scrutinizing the concerns raised by the petitioner in the case, The Institute for Social Accountability (TISA) and find mechanisms of resolving the anomalies.

While speaking on the matter, Speaker of the National Assembly Justin Muturi lashed out at the Judiciary over the ruling saying CDF does not interfere with County governments but rather compliments them.

“Some people need to understand that this principle of separation of powers cannot be applied in abstract. Some of them bring budgets here to buy courthouses; I don’t know to buy what… that is an Executive function,” said Muturi.