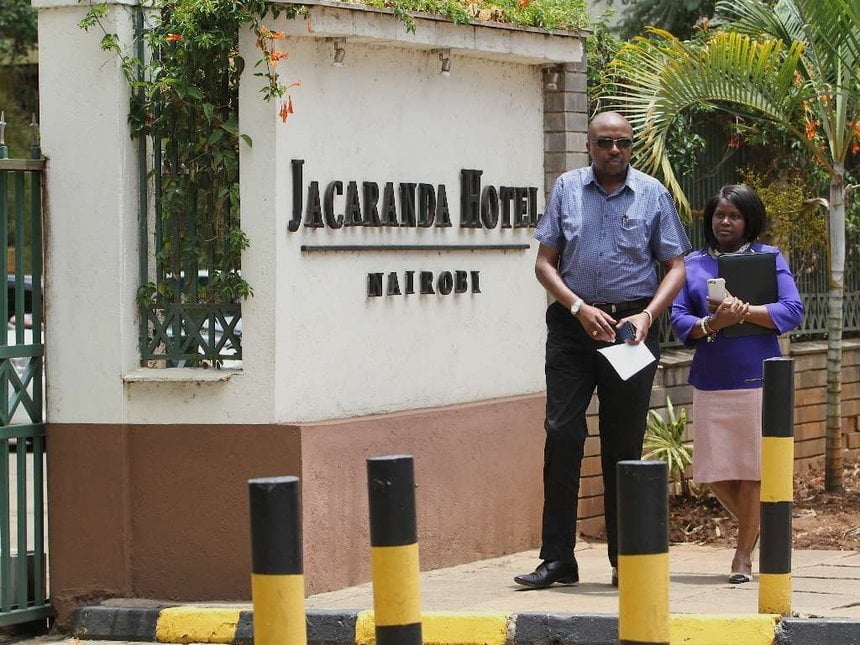 Auctioneers auctioned the Iconic Jacaranda Hotel in Nairobi’s Westlands yesterday as per a newspaper Ad.

A newspaper advertisement placed by Regent Auctioneers places March 12 as the deadline for the disposal of the hotel linked to the late prominent Njenga Karume.

“All intending purchasers are requested to view and verify the details by themselves, a refundable deposit of Sh5,000, 000 must be paid to obtain a bidding number,” a notice in local dailies read.

The property is said to be 128 bedroomed four-hotel with ensuite bathrooms, satellite tv, and wireless internet connection. The property comprises the main hotel block in three wings incorporating the hotel reception, bedrooms, lounge among other facilities.

According to an earlier report, it is not the first time the hotel is put out for an auction.

Previously the Kenya Revenue Authority went after the hotel over an Sh95 million tax arrears demand. in 2019 KRA had sent auctioneers to recover the debt prompting the trustees to seek court’s intervention.

“The applicant is apprehensive that if this matter is not heard, the respondent’s agents will proceed any time to attach and sell the distrainable chattels thus bringing the applicant’s business to a halt,” the trustees argued.

At the time the hotel paid KRA 15 million as well as floated a proposal to offset the balance in 12 to 18 monthly instalments.

But KRA demanded the hotel to offset Sh50 million and clear the remainder within three months.

The Jaracanda hotel placed a counter-offer that it would pay Ksh35 million in a week and clear the balance within a year. The Westlands-based hotel has been viewed as the single most valuable asset owned by the later Defence minister Njenga Karume.

The auctioning of the hotel would complicate an already dire financial situation that the minister’s family is facing after failing to agree on how to share the multi-billion inheritance left by the late minister.