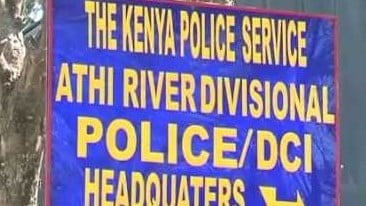 In a rather bizarre incident, a family from Katani in Machakos County is seeking justice after two brothers impregnated twin sisters.

According to the girls’ father, Zablon Moseti, his two daughters, both aged 16, confessed to him that they had been impregnated by the two brothers, one of them being his landlord.

He reported the matter at Mlolongo Police Station and the two suspects were arrested.

Upon interrogation, they too confessed to having impregnated the two girls.

It is reported that one of the suspects has since gone underground while his counterpart was arrested on Friday and detained at Athi-River Police Station but was released on a cash bail of Sh50,000 on medical grounds.

Athi-River sub-county police boss Catherine Ringera said police have launched a manhunt for the suspect on
the run.

“We have since opened a file on the unfortunate incident involving the sisters. We have received a medical report on the pregnancy status of the girls and investigations into the incident has commenced,” she said, adding that the suspect will be arraigned at the Mavoko Law court on Monday.

The girls’ father now appeals to the relevant bodies to intervene, to bring to book child predators.

In recent weeks, there has been an outcry that the number of teenage pregnancies has been on a steady rise during the COVID-19 period.

This has been blamed on the closure of schools in as a measure to contain the pandemic.