The Kenyatta family owns more land than any other family in Kenya. They are the richest owing to grabbing land by the Late motherfucker Jomo Kenyatta. This is the guy who could literary walk into the Central Bank Of Kenya and grab money in bags as if it is his piggy bank.

Below is a case of neo-grabbing of land by the same family through a company called Southbrook Holdings.

Southbrook Holdings has made sure that three families are forcefully removed from their homes, through trickery and manipulation.

Sir I need your help,

We are about to lose our land in Ichaweri village Gatundu to Southbrook Holdings Limited a company that is owned by the first family; our land is directly opposite their entrance in Gatundu.

There has been a lot of pressure from them for us to sell the 1.1 acre of land to them.

Sometime last year we were invited to Muthiga and they gave us an offer which we declined and that was the last communication about that land.

What we didn’t know is that they would later approach my mum secretly about the issue and sometime in October she gave in, they transferred the land from my dads name (deceased in 2014) to Southbrook Holdings in November last year.

We came to know about it this year February 6th when senior police officers visited the site because the building on land is supposed to house police officers who guard their home.

The tenants were given a verbal notice to vacate on 6th of march. We (three families) were evicted, even though we managed to get a court order from the Rent and Tribunal Court.

We also filed a civil suit in the Environment and Lands Court in Thika which is came to orders on 11th March Thika.

Please help us in anyway you can.

Reason for taking our land illegally is that they don’t want people at their entrance.

Below are the Court orders: 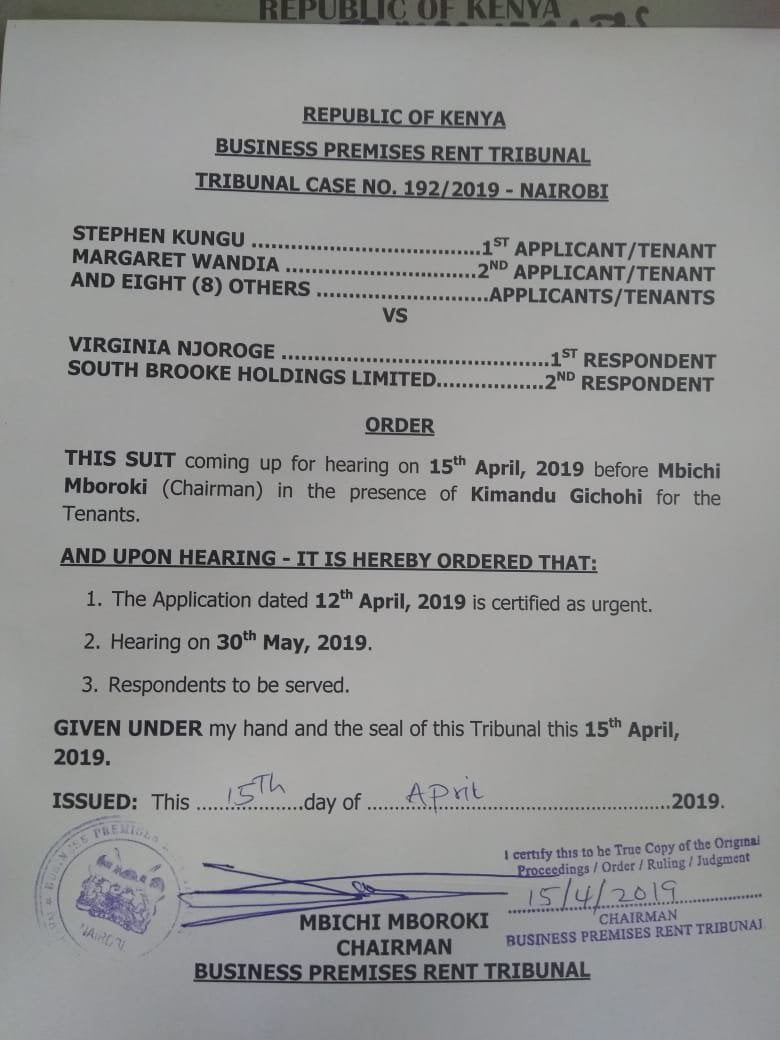 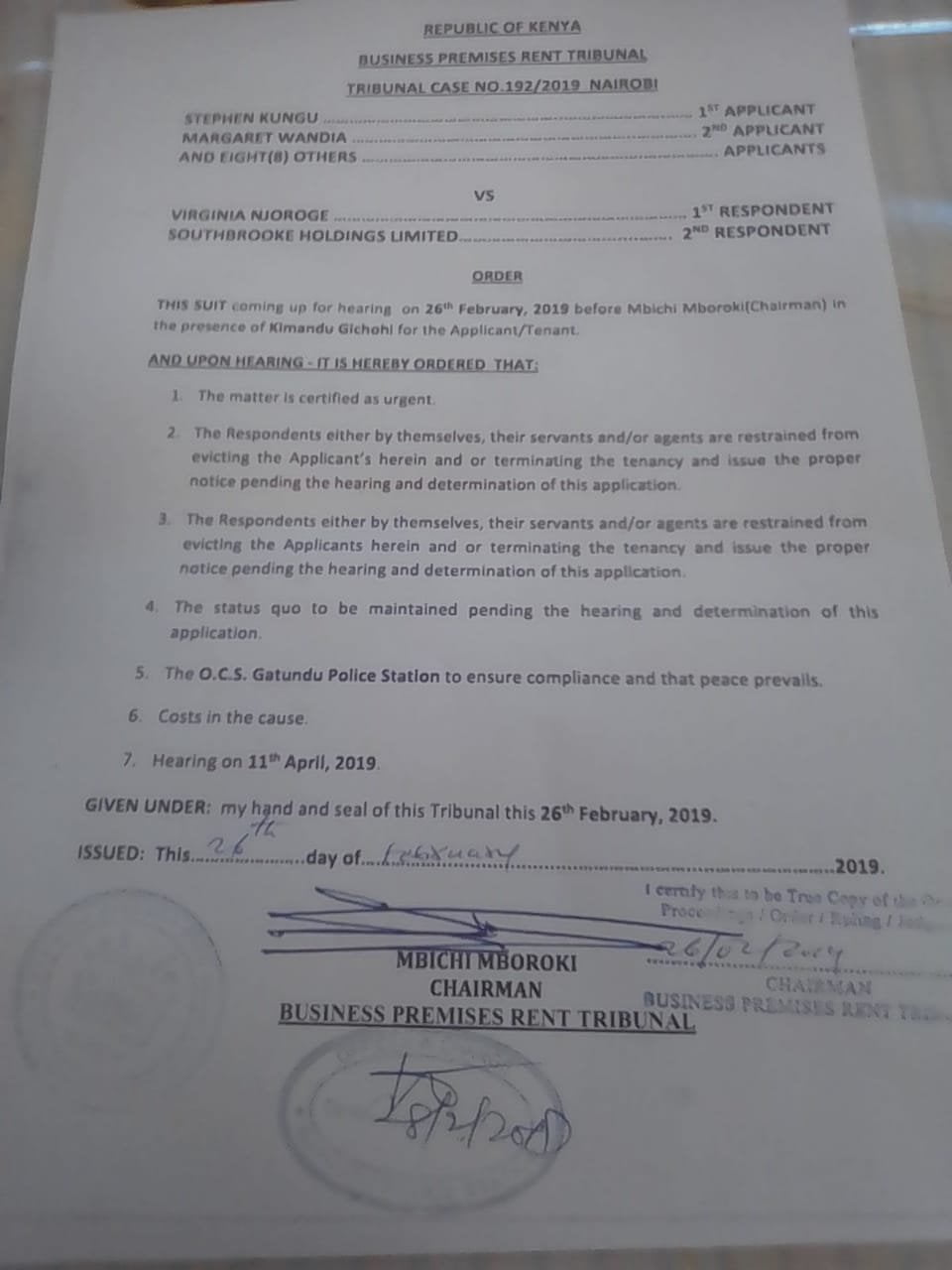 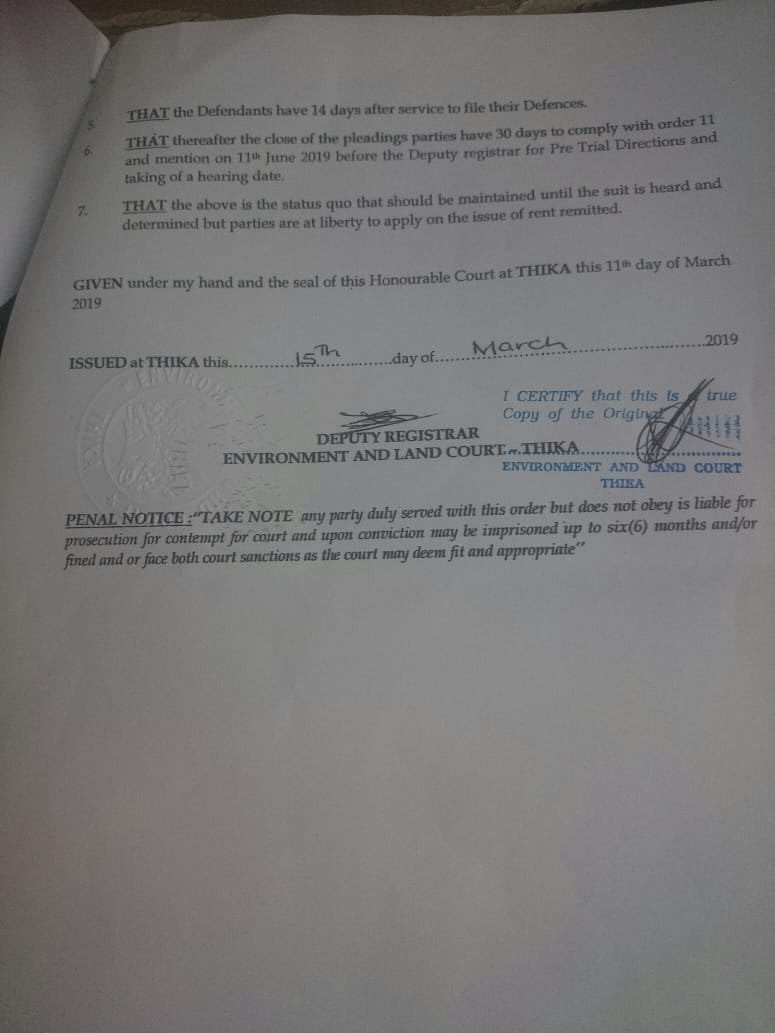 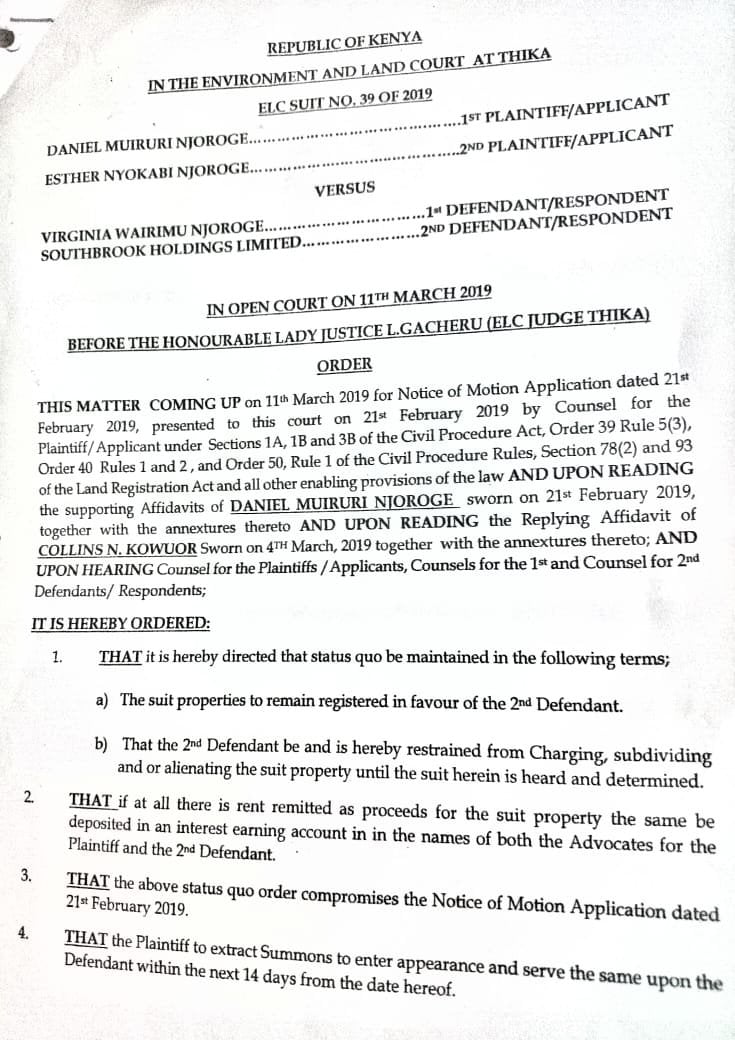 This is how it transpired:

The land is opposite Mama Ngina’s home in Ichaweri, so when the building started the former first lady was very furious because she didn’t want “dirt” at her entrance. They approached my dad to sell them the land but my dad vehemently refused.
Immediately after my dad died in 2014 their interest surfaced again, they started inviting us to their Muthiaga home to discuss about the issue but we refused to sell until last year in March when I was at Muthaiga and she told my mum to not listen to the children and sell the land to her.

Little did we know they had already threatened, arm twisted, intimated my mum to submission to sell that piece of land in October 30th, 2018. This is according to the sell agreement.

The children were not involved.

We came to learn of the sale in February 6th 2019 when the tenants were issued with a verbal notice to vacate.

We lodged a case at the Directorate of Criminal Investigations (DCI) under the ‘Investigation of Land Fraud’ on the 2nd April, 2019.

We are awaiting the response from DCI.

Below is the attached letter we wrote to the DCI. 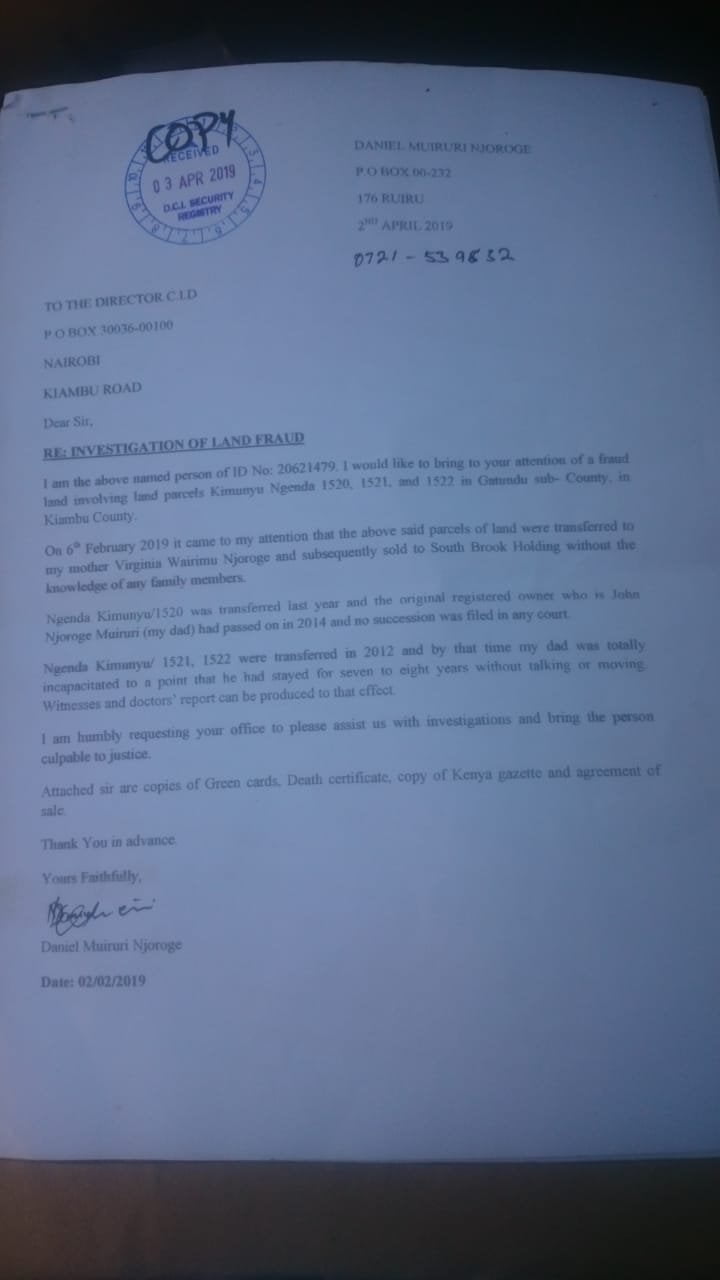