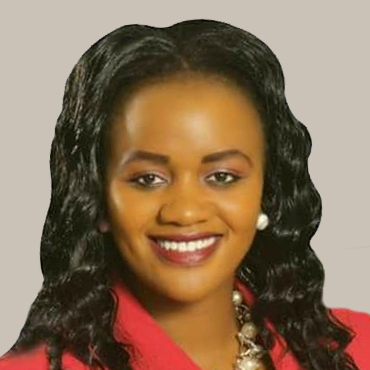 Kenya’s political scene is now moving into that darkly corner known as the ‘politics of separation’.  Over the recent past Regional imbalance has been a topic that has taken a center stage in many political gatherings.

Waruguru while addressing laikipia residence urged the duo to stop playing politics of division among the tribal lines. She  termed the today’s  presser as tribolic and did not represent the views of all the 47 counties in Kenya. She added that the such press conference are not good for the well being of a nation as each region through their leaders will be forced to issue their own press conference  to support their own agenda e rather than supporting unity pact of all Kenyans.

She further urged President Uhuru kenyatta to dismiss Political losers  like Martha Karua and Peter Kenneth who were out to sabotage the big 4 agenda and building bridges initiative by playing cheap politics with an aim of gaining political relevance among the community.

Defaulters To Lose Funds From Other Accounts In New Fuliza Terms

How conman Julius lies about Mwale Medical and Technology City

Defaulters To Lose Funds From Other Accounts In New Fuliza Terms

How conman Julius lies about Mwale Medical and Technology City

Just a day ahead of school’s reopening, disturbing reports of the sad death of a young student have taken the internet by storm. According...

The daughter of a formerly powerful Kibaki-era politician has sparked a conversation on social media after she requested assistance in settling her father’s huge...

Mwenda Mbijiwe has been missing for 4 months now. Members of a University of Nairobi Class of 2015 WhatsApp group were shocked when he...

A Nairobi lady has become the latest trending topic on social media after she sent out a distress call on Thursday night announcing she...