According to a court document seen by CNYAKUNDI.COM, Tullow is accused of wrongful dismissal of an employee after he complained about disparity in salaries.

This is despite his predecessor, a Caucasian, earning over 330,000 shillings in the same role.

Attempts to have his salary revised made him ‘enemies’.

The Manager, a Caucasian flatly told him that ‘his salary of Kshs. 90,000/- made him the richest Turkana and therefore he should stop whining.’

The Caucasian and other non-local employees went on to refer to him as a ‘big dog’ and ugly in respect to his black skin color on separate occasions. 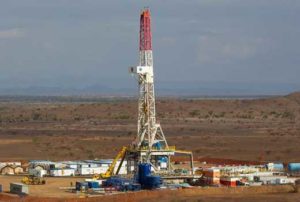 The employee bore the abuse and harassment with courage; showing good will to his abuser. He worked diligently earning him another promotion in 2017.

Despite the second promotion, the salary increment didn’t match that of other staff in the same role. A fellow employee in the same position was earning 261% more than this particular ‘harrassed’ employee.

This harassment, intimidation and discrimination culminated in an unlawful dismissal of the employee towards the end of 2017.

The employee protested and appealed the decision to fire him but was forced to sign a separation agreement. His replacement was a rookie still under probation.

The major shock is that even when appeal proceedings were going on, the Country Manager proceeded to send an email to the entire organization detailing a new organization structure which was captioned as final and did not include the Claimant’s name meaning that the appeal process was a mere formality and of no value since a decision had been reached.

His lawyer has now moved to the Labour and Employment Relations Court.

The affidavit argues that the dismissal flouted the law and that Tullow did not follow the lawful procedure before terminating the Claimant.

‘The claimant was not accorded the opportunity to be heard and was not given proper and adequate notice of termination’ it stated.

The claimant is now seeking Ksh. 17.4 million for unfair, wrongful dismissal and discrimination and harassment.

In this article:Lokichar, Tullow Oil, Turkana