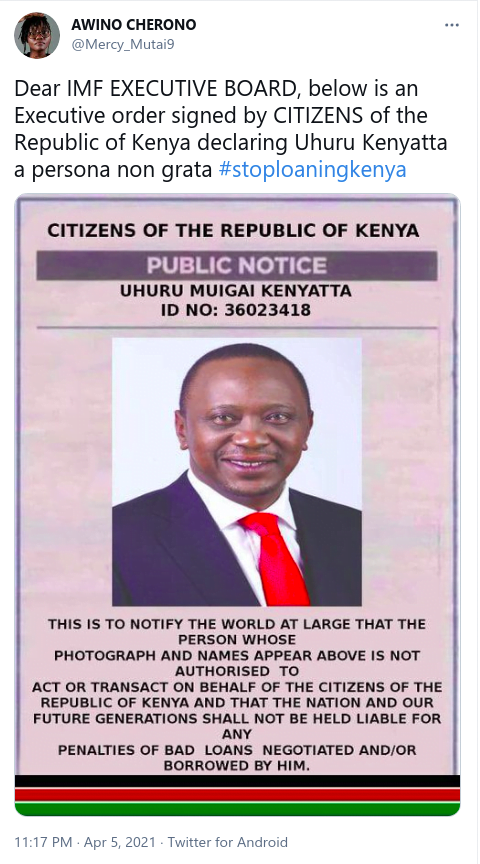 CAPTION: A viral post by Twitter user Awino Cherono condemning Uhuru Kenyatta’s appetite for debt : Reports have now emerged that Kenya is days away from securing its 4th Eurobond in 6 years

Just days after IMF’s approval of a Sh255.1 billion loan for Kenya which led to an uproar on social media, news has emerged that the country is now just inches away from receiving an additional stash of foreign funds in the form of a Sh217 billion shillings Eurobond reportedly due as soon as next week.

According to a viral Twitter post by renowned city lawyer Ahmednasir Abdullahi, the National Treasury has already prepared the prospectus ahead of approval.

“Kenyans must realise the IMF loan is the canapé (appetiser). The main course Uhuru will serve with relish and class is a 2 Billion Euro Bond that will be floated in the coming days. 1 Billion dollars and 1 Billion Euros. Treasury has already prepared the prospectus… Uta do?” he wrote. 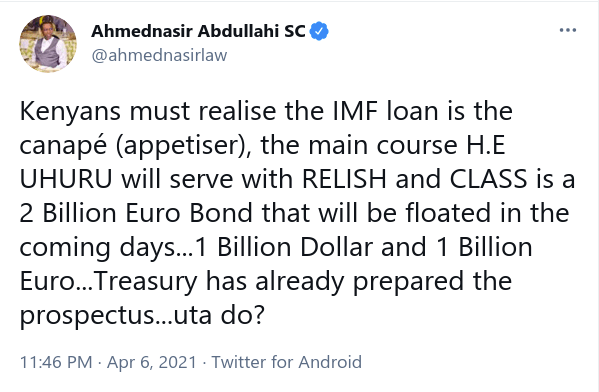 This will be Kenya’s fourth Eurobond in six years and the first under CS Ukur Yatani’s administration.

Yatani has constantly defended the excessive borrowing by the Jubilee administration on shrinking revenues in the wake of the Covid-19 pandemic. 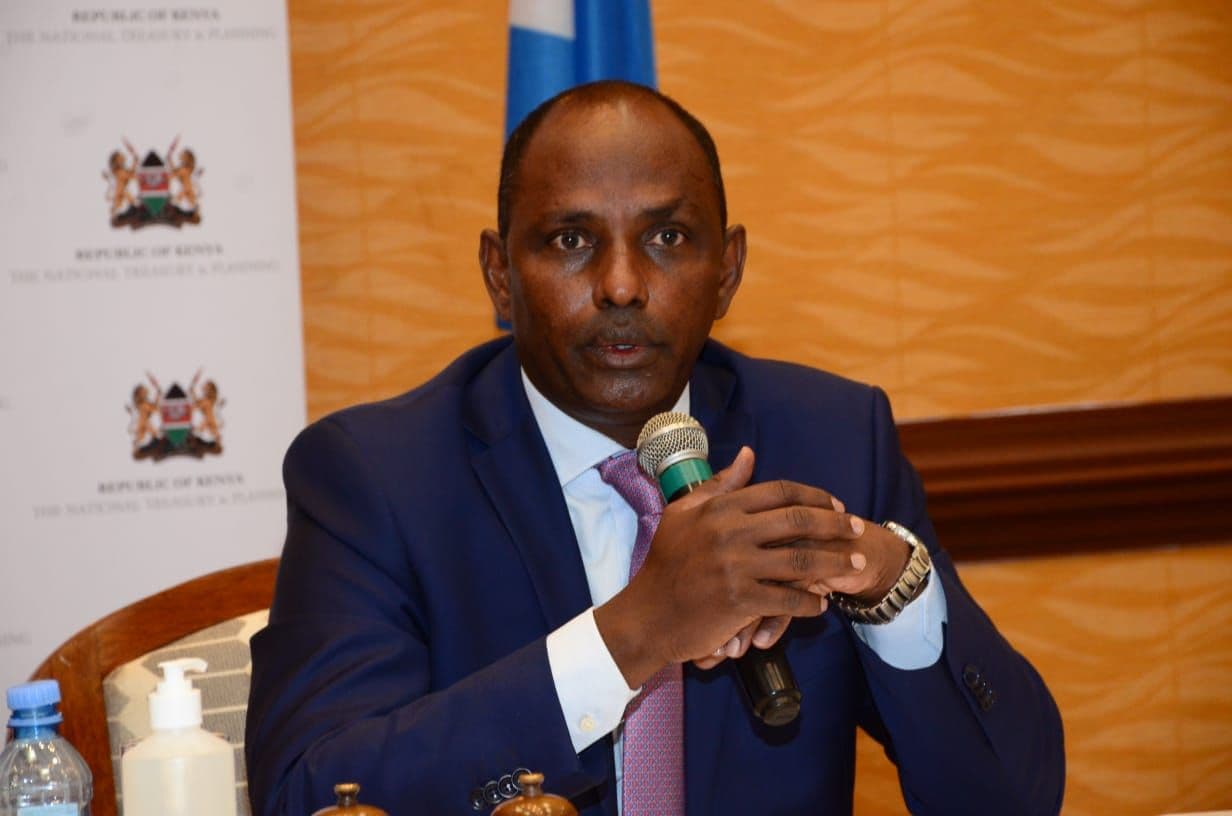 Treasury CS Ukur Yattani: When he took over from Henry Rotich as the Cabinet Secretary for National Treasury, Ukur Yatani was likened to the biblical Moses in that he was seen as the man to deliver Kenya out of Eurobondage: Turns out it was just another wet dream

Kenya’s return to the Eurobond market is against its participation in the Debt Service Suspension Initiative (DSSI), whose terms included a break from external commercial financing.

However, the DSSI initiative allows exemption from which countries like the Ivory Coast have returned to the international capital markets even after joining the program.

As this happens, over 150,000 enraged Kenyans have so far already signed a petition through change.org in a bid to stop International Monetary Fund (IMF) from releasing its Sh257 billion loan to Kenya.

The irate citizens also camped on the Facebook and Twitter accounts of IMF directing the financial institution to cease lending government money over accusation of corruption and impunity in the irregular spending of the loans.