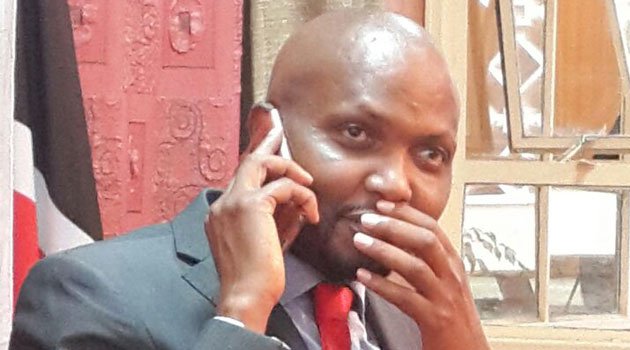 Speaking moments after the brief exchange which temporarily halted the funeral, Gatundu South MP Moses Kuria who appeared to be alarmed by the incident regretted that thanks to ‘Nipe Nikupe’ politics which were sanctioned by the president during his Sagana visit, physical fights like that between Osoro and Arati have already begun yet it is only 2021.

In his Facebook post, Kuria called on ICC prosecutor Fatou Bensouda to book a ticket to Nairobi so she can arrive in time to save the country from mass killings.

“Dear Fatou Bensouda. Book your ticket to Nairobi ASAP. Come save us from the imminent genocide,” he wrote.

During today’s funeral ceremony, Ruto and Raila’s factions clashed over several issues among them BBI, 2022 politics and alleged ‘betrayal’ among William Ruto and Uhuru Kenyatta.

So charged was the venue that youths allied to Ruto and those supporting Odinga kept chanting slogans.

At some point, trouble escalated when Arati rose to speak and attempted to castigate the hustler nation, when Osoro shot up and engaged him in a fistfight, forcing other leaders present and their bodyguards to separate them.