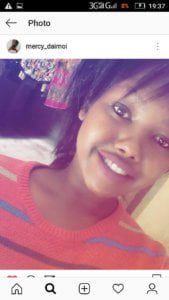 A young man has reached out to CNYAKUNDI.COM this evening after he fell for one of the oldest tricks in the book.

It all started on a boring Friday afternoon when he decided to hit up on a Mount Kenya University student he had met on Instagram a while back and asked her if she was willing to go for a sleepover at his place. An idea that seemed to go well with the girl who agreed to go as long as he facilitated her movement. 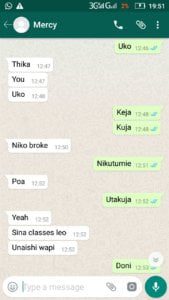 Caption: Boychild confirms he would send her money to facilitate her transport to Donholm. 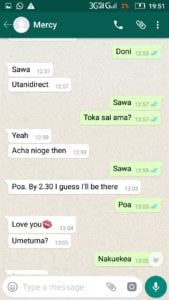 Caption: Mercy confirms she would be on her way immediately she was done showering. 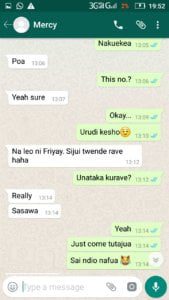 Caption: Things look to be going good and Mercy even suggests they go for a night out when she gets there. The boychild on the other hand decides to do some cleaning as he awaits her.

As soon as he sent the money, the waiting game now began. Although Mercy had promised to be there by 2:30 p.m, time was quickly going past and the boychild started getting visibly distressed. 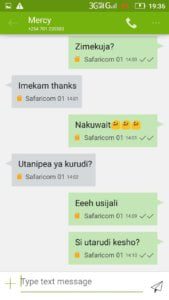 Caption: Mercy confirms she had received the money and even goes on to inquire whether he would take care of her journey back home, to which the boychild promptly gives an affirmative response.

By the time the guy realized he had fallen for one of the city’s con artists, it was too late. The money was already gone and his efforts to get it back were all in vain. 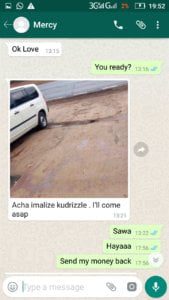 Mercy promises to be on the way as soon as it stops drizzling. 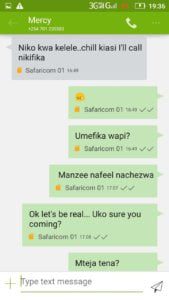 Caption: The young gentleman finally comes to the sad realization that he had been duped. 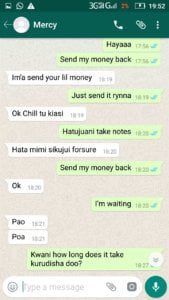 Caption: Now irritated, boychild decides to ask for his money back. 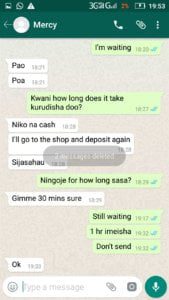 Caption: Mercy says she only has money in cash and asks him to wait for 30 minutes before she sends it back. After almost an hour, he tells her to keep the money.

That’s how another one of those who refuse to listen to Nyakundi’s advice was cheated in broad daylight. With the rising cases of female scammers in town, men have been warned countless times to stay vigilant or simply desist from sending money at all. There is no difference between Mercy and a bank robber. 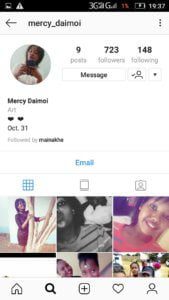 We hope this is a lesson for niggas out there still paying for sex — an oversupplied commodity in the market.