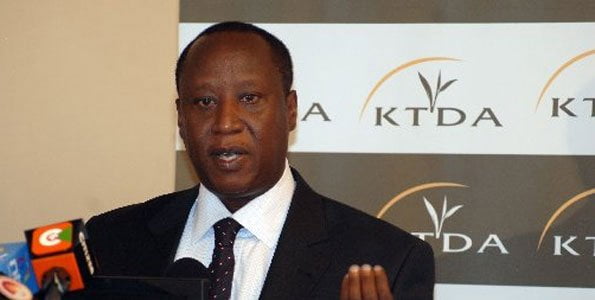 The Kenya Tea Development Agency (KTDA) is in deep shit and has paid social media influencers so as to sanitize its crime and corruption.

KTDA which has stolen from farmers from time immemorial has bought a few Twitter chokoraas to ran a narrative that is evil, covering its management’s incompetence, instead of answering to the numerous questions that have been raised about its mistreatment of farmers, the underpayment.

Just a few weeks ago, the whistleblower of the KTDA scandal where farmers were underpaid, Mr John Kamau has been served by a demand letter.

The firms used the farmers to advance their marketing gimmicks, lacing their (firms) low quality tea with those from the farmers, sponsoring the construction of tea factories (which were not needed anyway) and charging the farmers for the same construction costs.

“They bring you the money to develop the tea to take to them and then sell to you and charge you interest and you are happy.”

Commonwealth Development Corporation (CDC) made sure that the farmers never got involved in the management of KTDA and as such exploitation unabated was born. In fact, KTDA is a creation of CDC and the colonialist have made sure that the tea farmers don’t benefit from their hard toil.

The farmers are lied to, shortchanged, and sabotaged by the two players in the tea sector: KTDA and Tea Board of Kenya.

Representation by farmers using Tea Board of Kenya was sabotaged as the KTDA made sure that puppets were appointed to it.

KTDA managers plunder the monies they get and pass the costs to farmers. They go on borrowing sprees and come back to misuse the funds.

Surely someone should pay for these incompetence. This is robbery. And the best thing to do is to disband KTDA. It serves the imperialists purpose of ‘keeping things in check’ so as to advance exploitation of farmers.

The Board would then keep the difference of the price paid by the international market and the morsel given to the farmer through the KTDA. The purpose of all the cash crop boards carried over from colonial days was to control over production, processing and marketing. In all these arrangements, the smallholder farmers and growers had little, if any, say on the sale of their produce.

Send infomation about KTDA to [email protected] or WhatsApp 0710280973