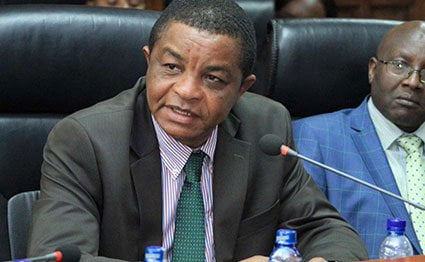 The Kenya Revenue Authority Commissioner General John Njiraini was allegedly bribed with Ksh. 40 Million  in order to ignore a big tax evasion scandal, that this site exposed a few weeks ago, a source from KRA has confided to us.

We had questioned the KRA silence until we were tipped that John Njiraini had been bribed to ignore the matter.

Usually, when a case of tax evasion is exposed, the KRA officials swing into action and act. But when it comes to Chinese cartels, these officials usually go mute just like the OPPO tax evasion cartels.

A further probe reveals that the plan to change the names three times was to ensure that the employees don’t claim a permanent engagement with the cartel’s company and sink them into the world of contract and long working hours. The other chief reason is the evasion of taxes.

A further investigation revealed that This LIU NIAN NIAN account has never filed tax returns and it is the most active account!

After information leaked that people were asking many questions about the account, the cartel company’s owner, Crooked CEO Patrick Cheng’ told his oppressed employees never to use the suspicious account anymore.

One morning, Patrick Cheng’ woke up, walked into money laundering bank Equity and told them he wanted to transfer all the monies to another account. After paying the normal bribe, as he enjoyed his cup of tea at the manager’s office, the money was moved to another account called UNICOM- An open case of money laundering. The question is, who gave the orders at EQUITY?

Our source further intimates that during the same period when the company was on the spot over tax evasion and money they created a franchise with a certain Dealer within the Luthuli Avenue of Nairobi through one of its managers Charles Mwaura and ensured that they again had another account under his name which would be used for payments. The account is registered with the name Deq Baare, Account Number 0020167623620. The company operates another account at Equity Bank by the name Andeys, account Number 0810276886273.