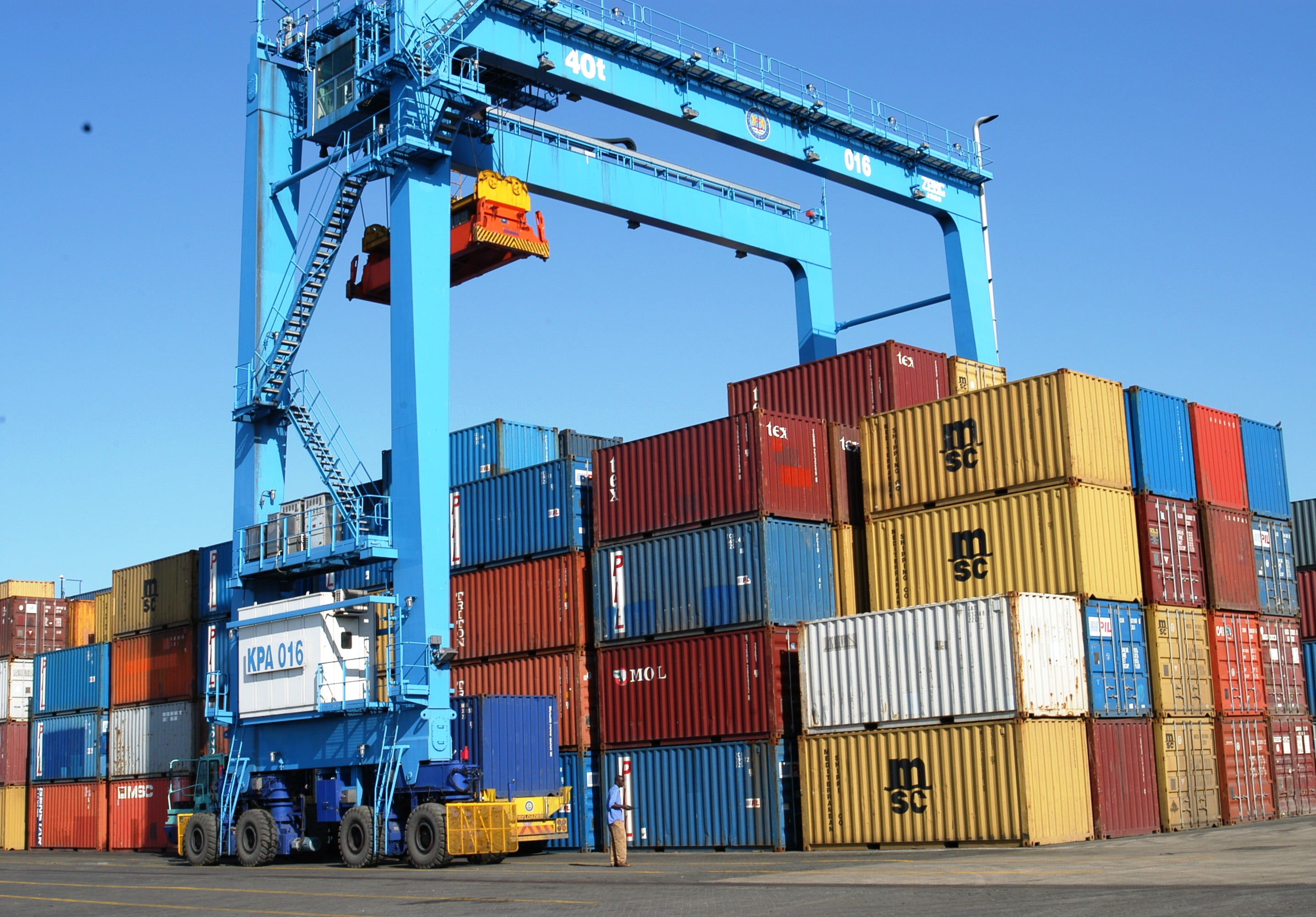 According to Page. 3 of the Auditor Generals ‘s report that has been circulating on social media

1. KPA is collateral for the Chinese loan since it is referred to as a borrower in the agreement

2. The GoK waived sovereign immunity by signing the agreement

3. Agreement is biased as disputes would be referred to China for arbitration.

However, some Kenyans have argued that leaked audit management letters, done prior to the managers response, will paint an unflattering picture of any organisation.

Kenyans have been urged to await the final audit report done in colour blue (they are on year 2016/17 now). 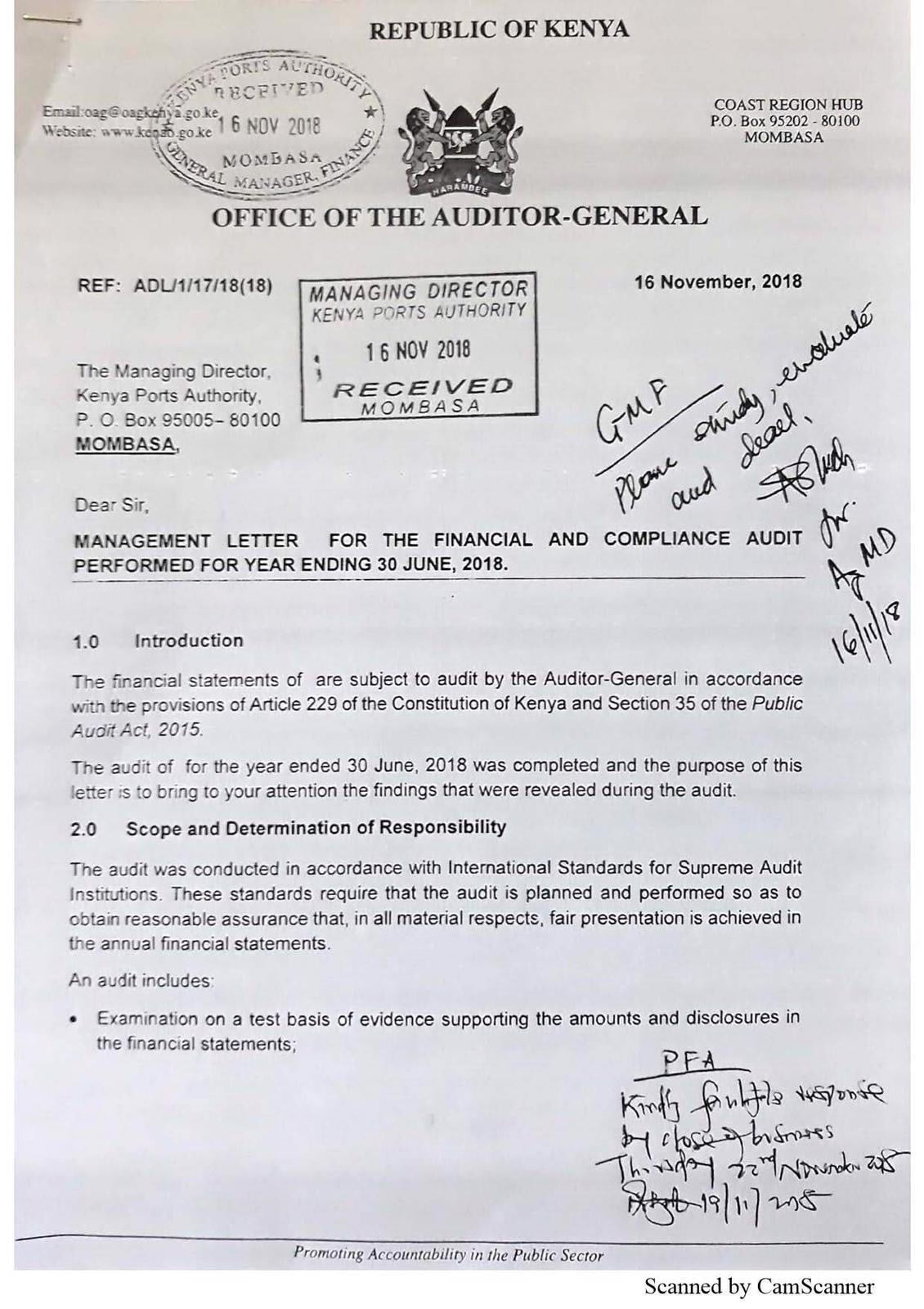 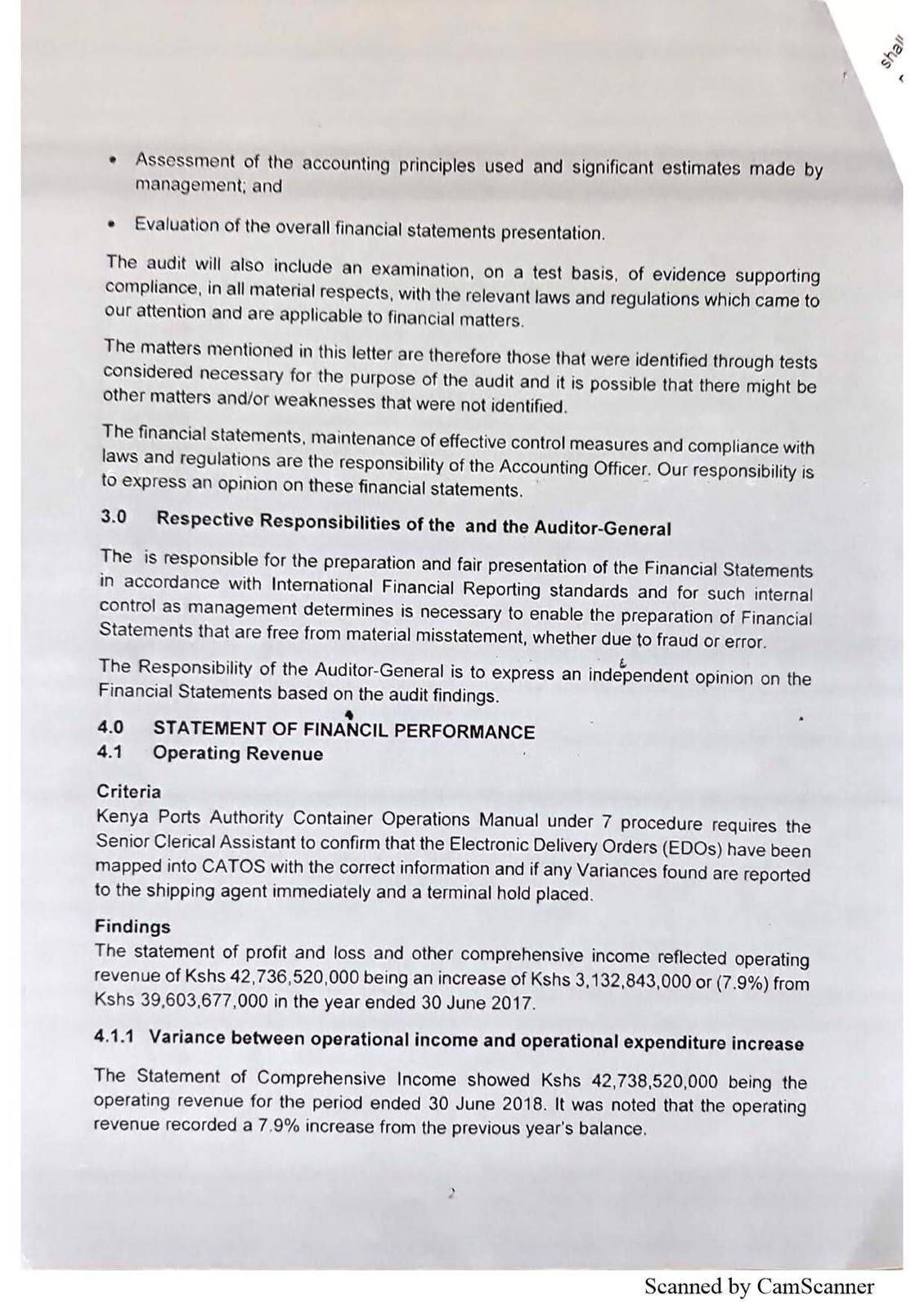 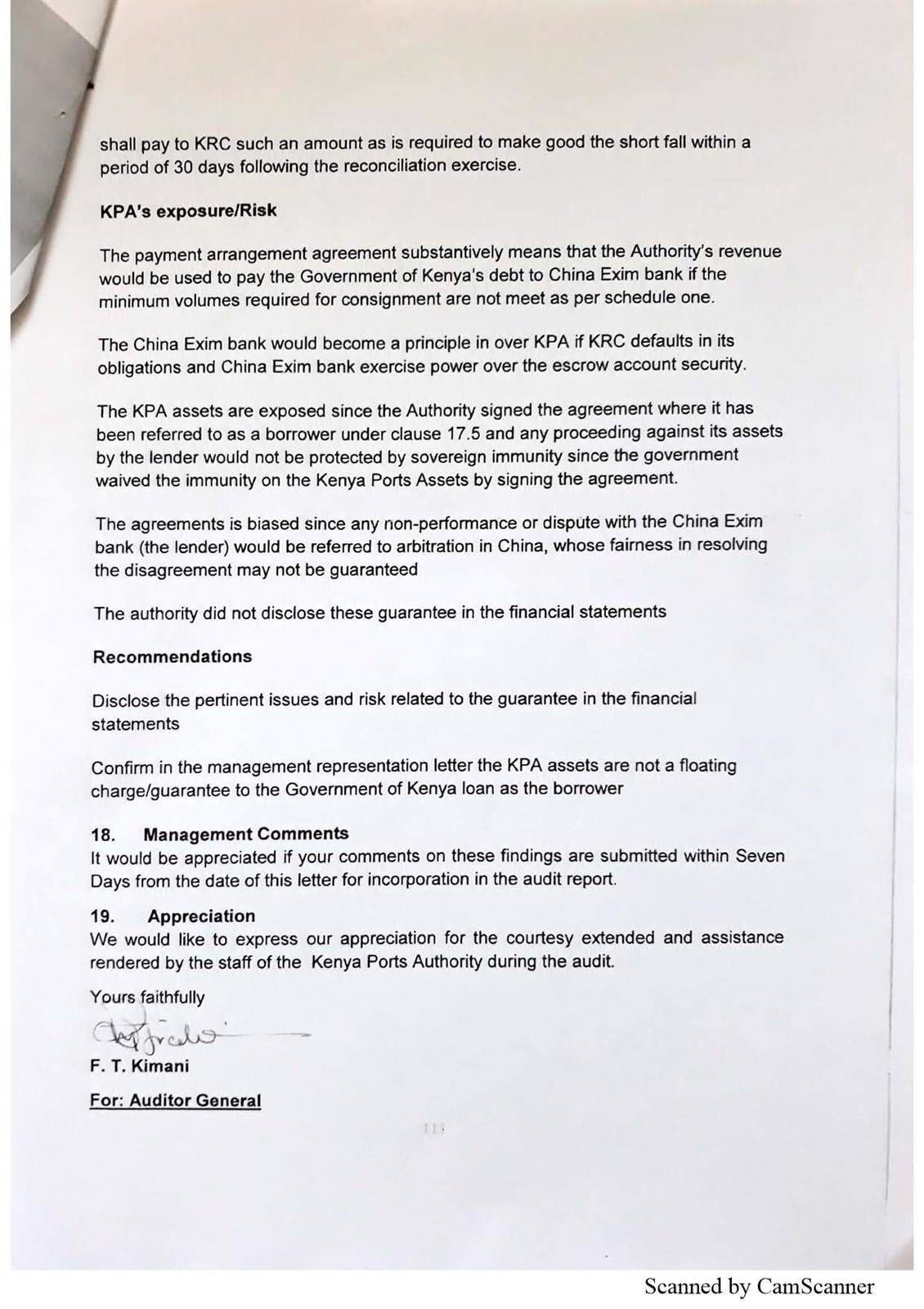