KOT is a loose assembly of some of Kenya’s most brilliant and versatile minds, who pay no mind to lip-service, are inquisitive and can easily read between the lines of any situation. Communicating in 140 characters or less is also not everyone’s forte. Very few can be able to relay their messages with clarity in so few characters.

Reason why tribal bigots and hate-speech mongers like Moses Kuria thrive in Facebook. Due to the obvious intellectual-disability of the target audience, Kuria has to write graphically expose his thoughts in the most sensational of ways, in-order to whip ethnocentric emotions and herd poor Kikuyu’s into an agenda which he also doesn’t know.

You can tell even by the spelling and grammar, irony and sarcasm that the Twitter crowd us uber-critical. The Facebook crowd for instance fans of Kameme FM’s Njogu wa Njoroge who subliminally indoctrinates and dumbs them down into being Uhuru Kenyatta sycophants are intellectual dwarfs.

In exchange, we are informed that Njogu wa Njoroge has been bought for a Toyota Landcruiser V8, in recognition of his skills in dumbing-down members of the Kikuyu community.

Thankfully though, Kenyans on Twitter aren’t as dumb as your basic Kameme FM listener. What a tragedy it would be for this country if KOT didn’t exist.

In Kenya we have institutional-sycophancy which is blind support of a cult figure, with no clear benefit to self or region. For instance Kikuyu’s largely gravitating around the TNA party are now the brokest individuals in the country. Even ODM members are doing far much better as compared to the basic TNA sycophant.

But on the other side, Kalenjins under URP are doing very well and living large. Once in a while you will see images of Kipchumba Murkomen in his chopper or Donald Kipkorir taking his side-chics to Dubai for Madaraka Day. Even the Kikuyu MP’s who need favours go to William Ruto and not Uhuru Kenyatta. Because technically, Ruto knows how to “eat” with his people.

But the TNA side of the coalition is the most short-changed. They don’t even know why they support Uhuru. The most prolific case remains this one. Everything URP MCA’s visit Ruto at his home in Karen or in Eldoret, they’re each given Kshs. 100,000.00. But recently when President Kenyatta was in Sagana State-Lodge, each TNA MCA was given a paltry 2K for Fuel expenses. Lol!

Kikuyu’s have got to be the dumbest folks in Kenya because “their man” is in power, but they are financially struggling the most. What Kikuyu’s don’t know is that supporting Uhuru Kenyatta is paying homage to the “conglomerate.” The Kenyatta’s don’t like seeing people prosper. They’ll throw you a few bones to secure loyalty, but once you start being independent, the Kenyatta’s quickly discard you.

Show me a photo of Moses Kuria touring his constituency in a chopper like Kipchumba Murkomen and I will show you pigs that fly. The way Kuria heckles, one would think that he’s doing really well. But the truth is that he’s struggling, and he actually goes to scavenge for deals from DP Ruto. Even Kalenjins just look at him wondering why he can’t go to his god for deals.

It’s the reason why you see the inner-circle of Uhuru like Dennis Itumbi still live in rented houses in Thindigua like the rest of us, and even if he has stolen some money to buy a plot, he has to conceal it and play dumb because if Uhuru saw him prosper, he’d immediately be discarded.

Kalenjins recently told William Ruto to cut-out his bullshit during the Kericho by-elections where the famous “tumetenga” video was released. Like Uhuru, Ruto was only rewarding his cronies and diverting development projects to the North Rift. But now Ruto is playing ball. He realised his mistake and quickly re-adjusted.

Kikuyu’s on the other hand are still screaming “Muthamaki Witu” (our King) on empty stomachs and mud-walled houses. Poor idiots!

Sorry for digressing. Today a young lady was challenged by a Twitter bully to show off her sponsor. And the lady took the bait, and had to expose her mother, yet the poor old lady wasn’t in the original selfie as revealed in the reflection.

Kenyan ladies are notorious for having old men (sponsors) and taking selfies while seated on the passenger seats of the vehicles and posting on social media.

Be sure that a lady who posts a selfie from the passenger side of a vehicle, without exposing the driving companion, is being fucked by an sponsor. No doubt. Go through the Instagram pages of the basic bitches in your female friend’s-list right now and confirm.

Here is the sequence of photos as unearthed by KOT Investigators. All hail! 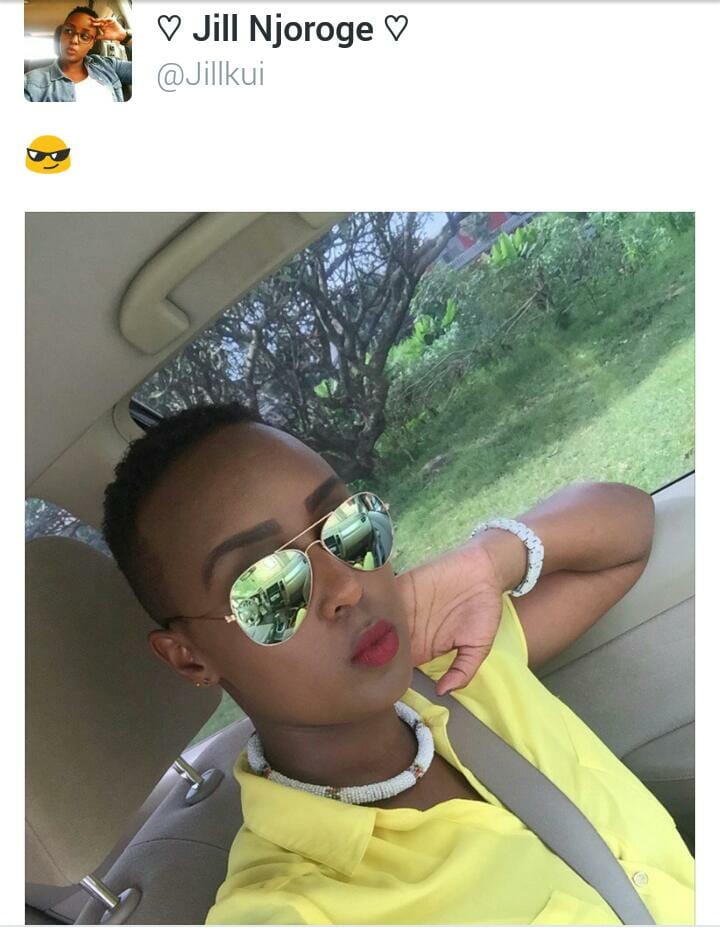 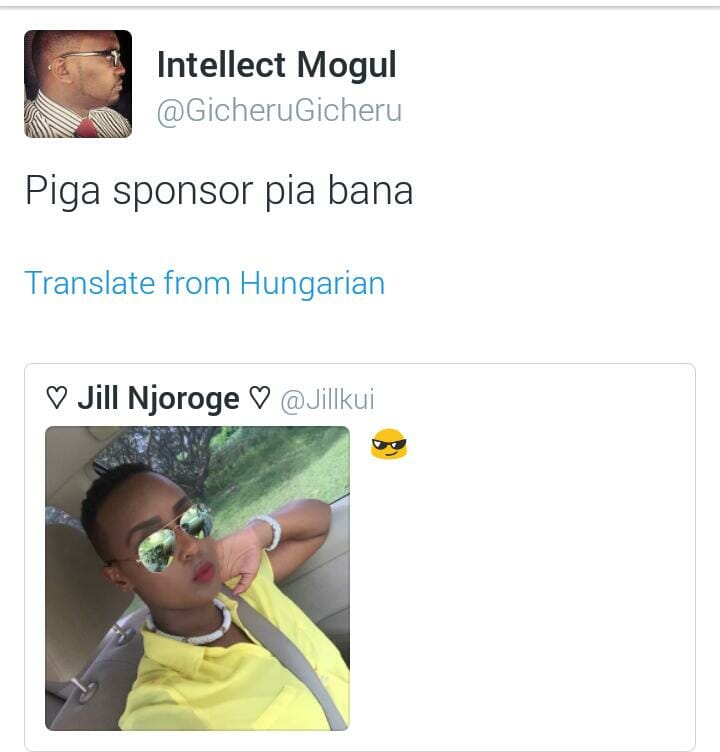 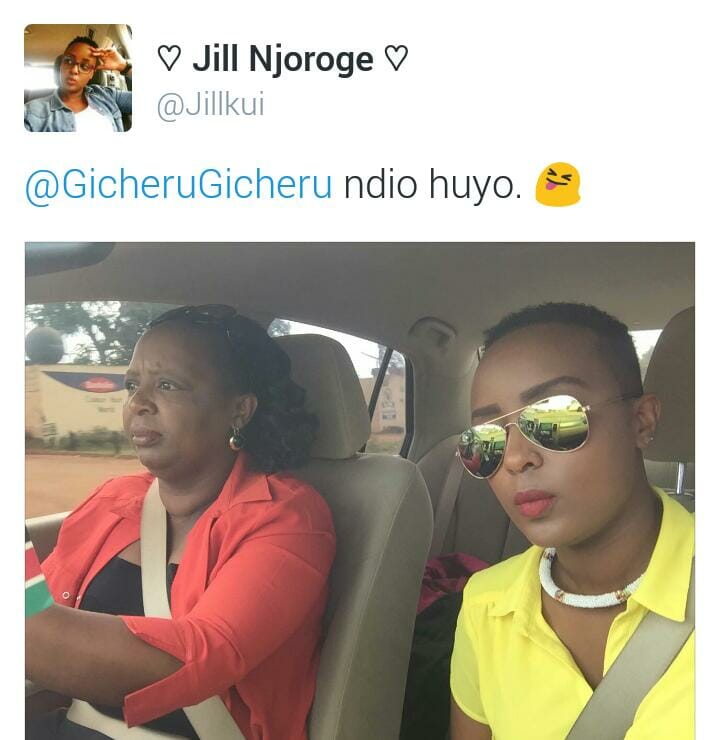 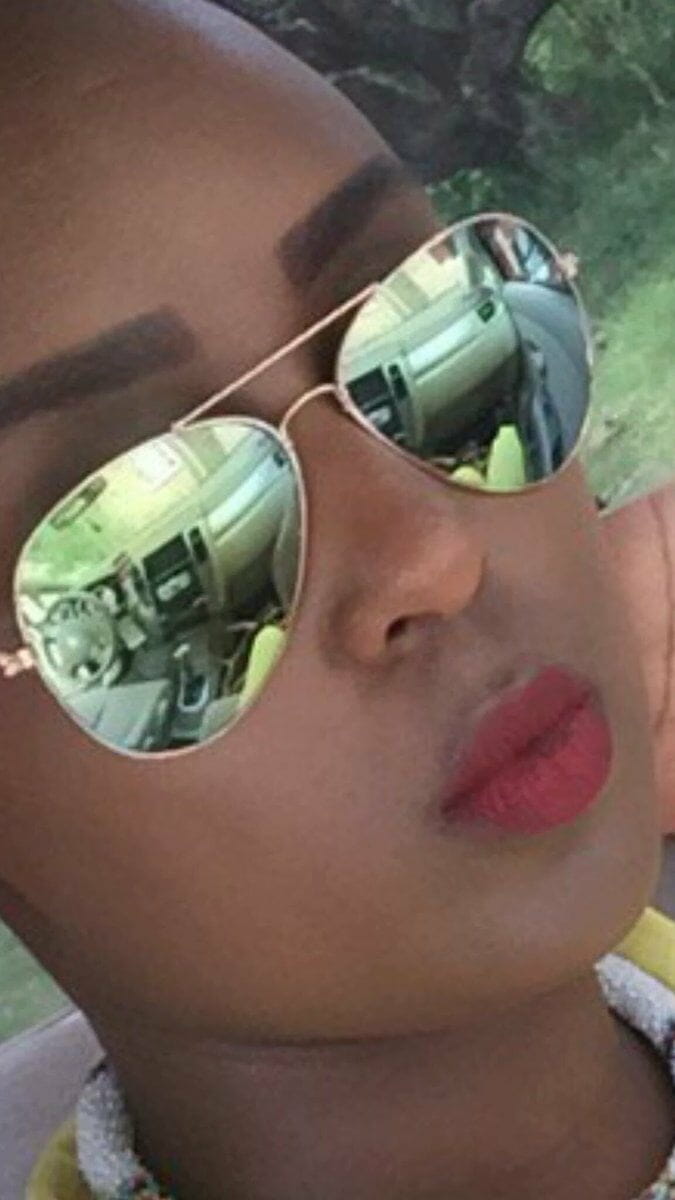