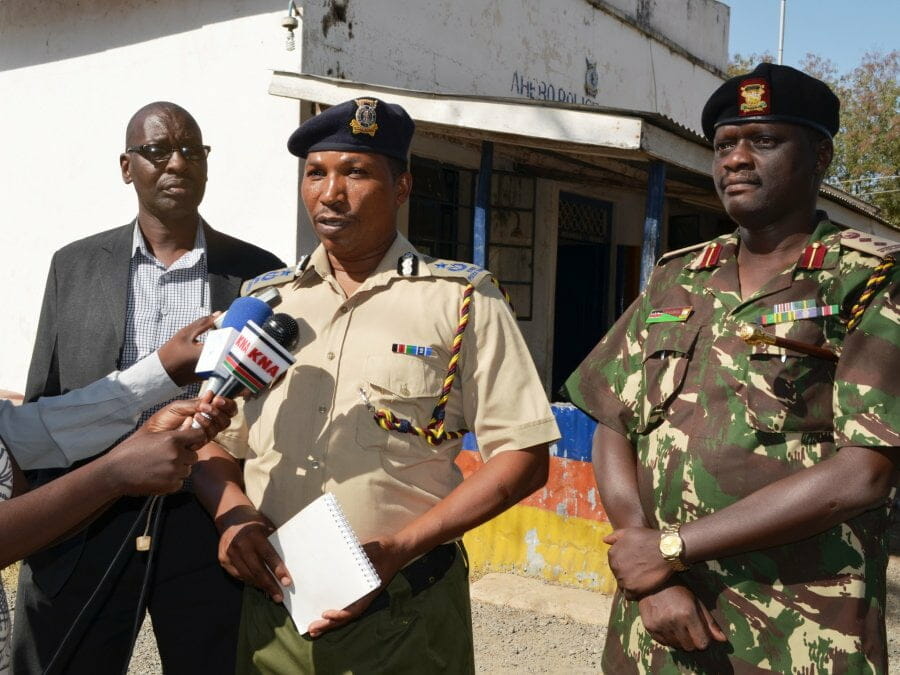 A BAR owner in Kisumu has threatened to move to court after local police allegedly stormed his premises clobbered staff and forcefully broke into rooms breaking doors and windows  against presidential order that property not be destroyed in the current down on illicit drinks.

The club owner Edward Onyango aka Bob said the officers at the same time took away approved alcohol to the police station but returned only half of it after he intervened.

The ugly incident comes just a day after Kisumu DC during a meeting with security agents and officials from the KRA warned that property should not be destroyed in the crackdown.

‘’They even confiscated valid drinks from EABL, KWAL,SIERRA among others of which none was in the list of second generation suspended  products as posted by KEBS last Friday’’ posed Bob.

The regional DC Erastus Ekidor while briefing the press after the high level meeting warned that no property should be destroyed adding the operation was to be carried out under the law.

According to eye witnesses the police officers in a convoy of six vehicles stormed the place before they started clobbering staff and clients while other visitors who had booked themselves in the place had to scamper for after the officers forced them out of the rooms.

Efforts by the management to produce documents proving that the products were genuine bore no fruits as the officers quickly pack the products and left in a huff.

Later there was drama at the police station after the club owner and police engaged in a heated debate on cash bail terms.

‘They were demanding sh.7000 to work on a cash bail for the five of my staff to released on another sh. 20,000 something I out rightly declined’’ Bob added.