A randy and sexually starved Kisii pastor identified as Pastor Elkanah Momanyi has been luring young ladies to sex by sending them photos of his manhood.

The rogue pastor who previously preached in one of the SDA churches in Kisii before he flew to US where he still preaches has been preying on his flock and dipping his manhood in anything that has a skirt.

We came across screenshot messages of the sexually starved pastor telling a young lady to send him photos of her private parts and promised her money in return.

This is not the first time that the randy pastor is being exposed. He is a sex hungry beast who pretends to be holy in the pulpit but behind the scenes, he is busy feasting on his flock. 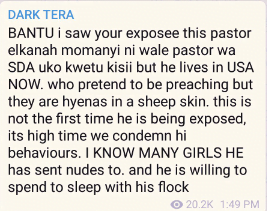 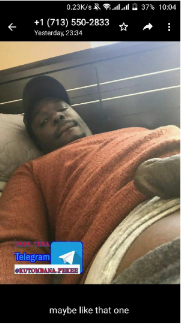 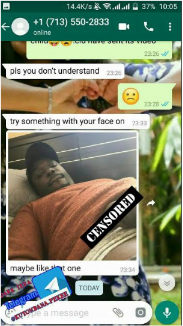 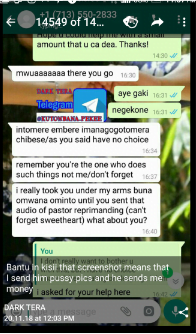