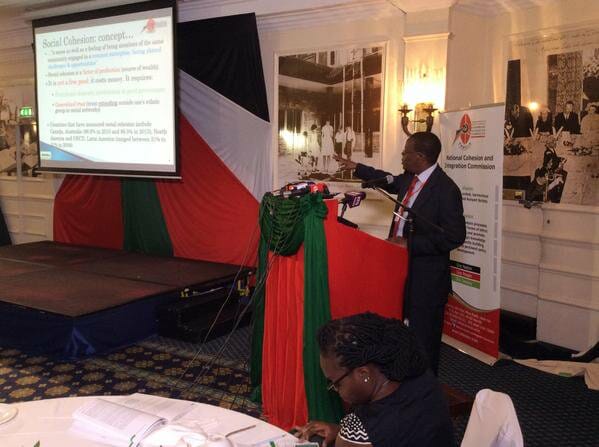 This is a developing story that has drawn my attention . The Star Newspaper reports .

A management crisis has rocked the Kenya Institute of Public Policy Research and Analysis after the Board termination of the CEO’s contract for “irregular accumulation of leave days”.

John Moturi Omiti was fired because he had accumulated 107 leave days, which is in excess of the maximum 15 days allowed to be carried-forward under the existing KIPPRA human resources policy.

The Board took the decision even though a special audit conducted by the Inspectorate of State Corporations in June 2015 had cleared and absolved Omiti of any blame.

“Whereas as at the time of the audit Omiti had accumulated 107 outstanding leave days over the years, there was evidence that he had applied for leave in the past but was denied due to the exigencies of duty,” the Inspectorate report said.

The Board further accuses Omiti of “breach of contract of appointment, fraudulent activities and the general mismanagement of KIPPRA affairs”, even though the specifics of these accusations were not laid out to him.

However, the decision has caused tension at the Institute, as insiders say it reeks of malice on the part of the newly constituted Board led by Mohammed Mukras.

A member of the Board, who did not want to be named, told the Star the CEO’s sacking was political and “demonstrates the level of high power games at the institution”, which he said could damage the reputation Kippra has built over the years.

“This is political because there is no justification in the decision. I fear that a majority of my colleagues in the Board want to plant their own people in that position,” he said. He did not wish to be named for fear of annoying his colleagues.

The Board had called in the Inspectorate to conduct a special audit and verify claims of corruption and fraud at the Institute leveled against the CEO.

The report was submitted to sacked Planning Principal Secretary Peter Mangiti in June 2015.

The investigations established that in May 2013, then KIPPRA chairperson Agnes Mwang’ombe granted Omiti request to carry forward 77 leave days to the 2013/14 financial year.

“Thus he should be exonerated for the irregular accumulation of excess leave days as it was not willful,” the report concluded.