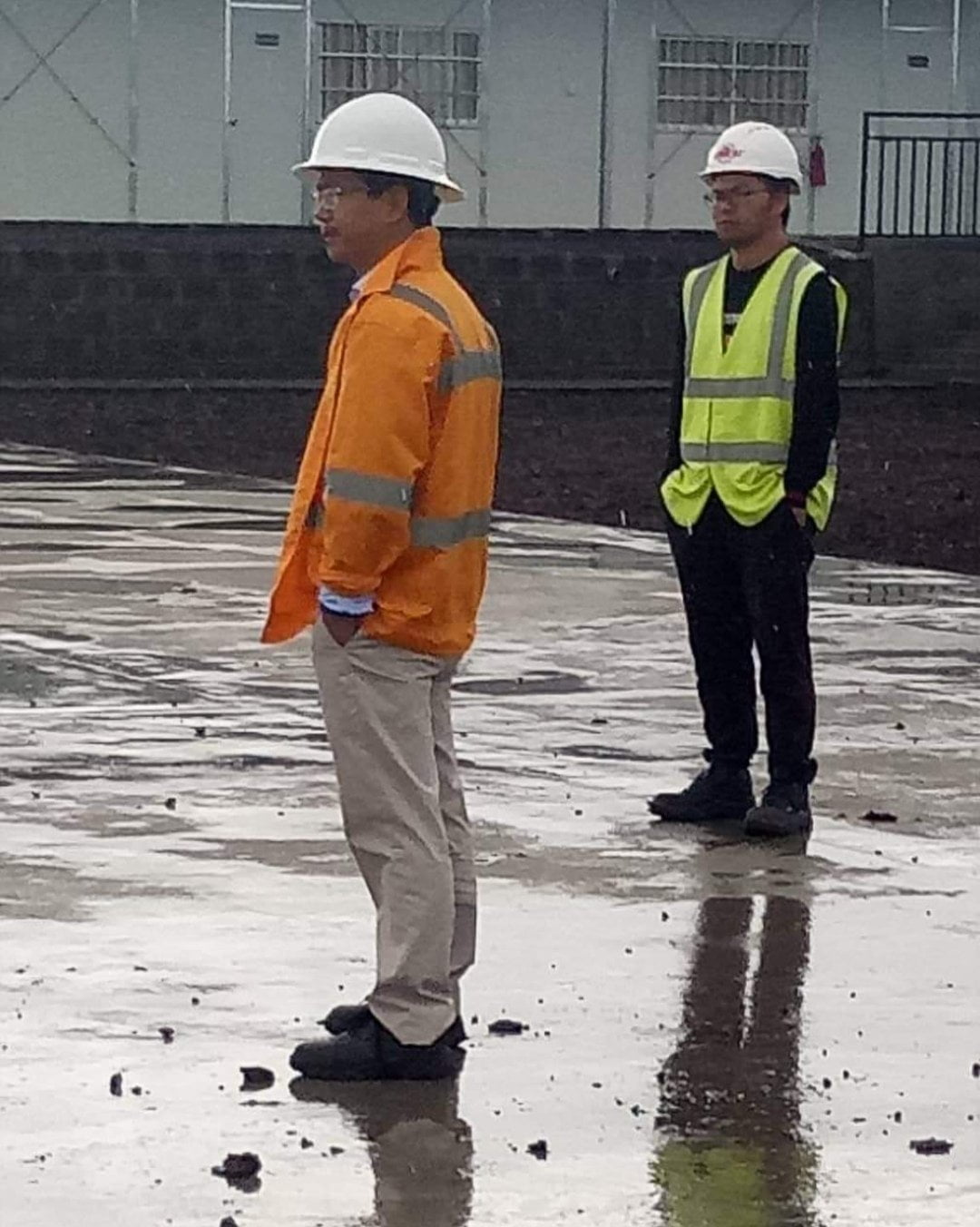 Slave drivers: Mr. Liu in Orange Jacket; An Exposé by this blog led to changes at Kipeto Wind Farm Project

After we highlighted the story of harassment at Kipeto Wind Farm Project in Kajiado County, the management made some changes.

The two problematic slave driving Chinese managers led by Mr. Liu were removed from the site and transferred elsewhere.

The harassment at Kipeto Wind Farm project was very high, with Kenyans being treated like dogs. Some even slapped.

We had exposed the below:

Government of Kenya is always silent

What is this Kenyan government doing?

Why do we have a government in the first place?

This government is willing to deport a Kenyan (read Miguna Miguna) for asking why it is mismanaging a country but can’t question Chinese who are brought in like cargo in a container to take up jobs that Kenyans can.

A clause in the Immigration Laws states that a foreigner will not come to Kenya to do work that Kenyans can do, and if he/she is coming to do work that a Kenyan can do, then they only have two years to train a Kenyan to take over from them.

Most foreigners flout this law by leaving and re-entering Kenya so as to renew their stay.

Our Government is not working for our best interest.

We’ve highlighted and exposed many instances of harassment, exploitation and bad labour practices at SGR, but Labor CS Ukur Yatani and his counterparts at the Transport Ministry and immigration department are still silent.

Kenyans need respect and if not we ask Kenyans to act on anyone disrespecting them.

Back to Kipeto, according to our source, the other changes that were done are:

The posting you did really shook them!

They immediately removed the two problematic Chinese, who were harassing workers, from site, as captured on the audio.

The also started providing transport to the local employees together with lunch for local office staff.

They even opted to add Kshs. 70 on the daily wage; this was a very big score.

Their tone has really changed and we hope it shall be for good.

We are observing them keenly.