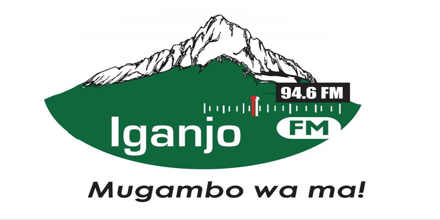 After keeping its audience waiting with bated breath for sometime before launch late last year, Kikuyu radio station  Iganjo FM owned by Kirinyaga controversial business man Andrew Ngirichi is on the verge of closure. The station that had promised to bring revolution (ituika) in the Kikuyu radio market that is dominated by Kameme and Inooro FMs is nothing but shadow of it’s past.
This is after top talents from the Village market based radio station owned by cash trapped Slopes Media call it a day after going for four months without a pay.
The said presenters were promised heaven on Earth before quitting their previous job in stable companies including Royal Media Services, Radio Africa Group and KBC. The troubled radio station two weeks ago had to play music for a week to give time to the management to strategize on the way forward after 15 presenter from continuity presenting and news anchoring withdrew their services.
The head of radio Kihara Wa Gathua who was poached from Inooro FM where he was working as the The Head of news was the first to resign.  The news desk that had brought a new taste of Kikuyu news by co anchoring a male a female presenters during the main bulletin collapsed after Kanyi Wa Munene, Wanjiku Wa Mbugu, Njuki Wa Waime, Nyambura Wa Njoroge and Gatetua Nduati downed their tools.
The news desk now is at the mercy of interns who have threatened to leave the station due to harassment from the power drunk new Head of radio Wakarindi Wa Ndeithi, who has been giving orders left right and center to stamp her authority. The afternoon drive show presenter is even said to be going on air drunk. Continuity shows are the worst hit by the mass Exodus from the station. The breakfast show which was being hosted by new talents Maichocho Mwenyewe who was previously working at Gukena alongside the deep voiced Muthii Kariuki, they have since called it a day at Slopes Media.
The evening political show is now a shell of it’s former past after the management recalled two regional reporters to be hosting the Kamukunji show after Ephraim Antony Mugo who had resigned from Inooro FM to join the much hyped station and his co host Mzito Charles Njama who had left Gukena FM for greener pastures tendered their resignation letters.  Other departments hit are the creative and production after top producers and station voice downed their tools. For several months now the Ngirici’s have been fighting to control the media house, it’s alledged Kirinyaga woman Rep Purity Ngirici want to control the stations that have been under the leadership of her husband Andrew Ngirici since they were launched.
The radio station may have an uphill task gaining a niche in the competitive Kikuyu radio market, only time will tell. All is not well in the struggling media house, the company have not been submitting NHIF and NSSF deductions from the staff. Many employees had to file zero returns to the KRA after their employer failed to submit the PAYE they had been deducted.
Would you like to get published on this Popular Blog? You can now email Cyprian Nyakundi any breaking news, Exposes, story ideas, human interest articles or interesting videos on: [email protected] Videos and pictures can be sent to +254 710 280 973 on WhatsApp, Signal and Telegram.