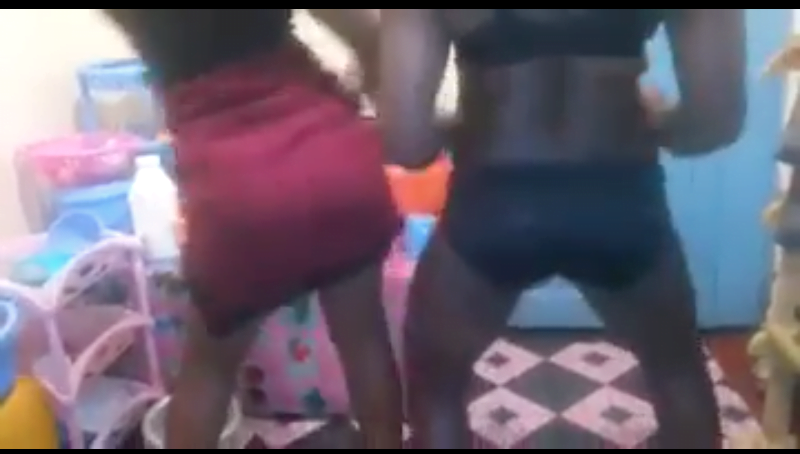 It’s preposterous! Two Kikuyu women plus an unknown accomplice who is filming them, have put an entire community to shame.

Their horrible attempt at twerking may have caused Mugo wa Kibiru to turn in his grave because of the injustices committed and shared with the world.

We have always said that the Kikuyu community lacks culture, rhythm, color and diversity because they always listen and follow what their “muthamaki” says.

Kikuyu women are terrible cooks, often putting potatoes in every meal; including the food for thought.

With the amount of noise Kikuyu women generate on mainstream media, one would think that they are exceptionally great in bed. But complaints reaching this newsroom indicates that they’re awful, demanding more than they’re willing to concede.

When it comes to lacing drinks with “rice” or “pishori” Kikuyu women are legendary. Many a Kikuyu man have fallen victim to the Kikuyu Ratchets who lace drinks and look everything including wallets, cellphones and the likes.

It’s time Kikuyu men tamed their women. We don’t want to see such disturbing images coming to out wires.

We recently saw Kikuyu Council of Elders Chairman Wachira wa Kiago releasing a statement with regards to Eugene Wamalwa. Why dont you first clean up your house Mr. Wachira? Tame Kikuyu bitches who are everything that’s wrong with this society.

They’re the gold-diggers, drink-spikers, divorcee’s, husband-beaters, potato cooking on every meal, and the likes.

Change your ways Kikuyu women. Because this video is a travesty! An embarrassment to the nation.