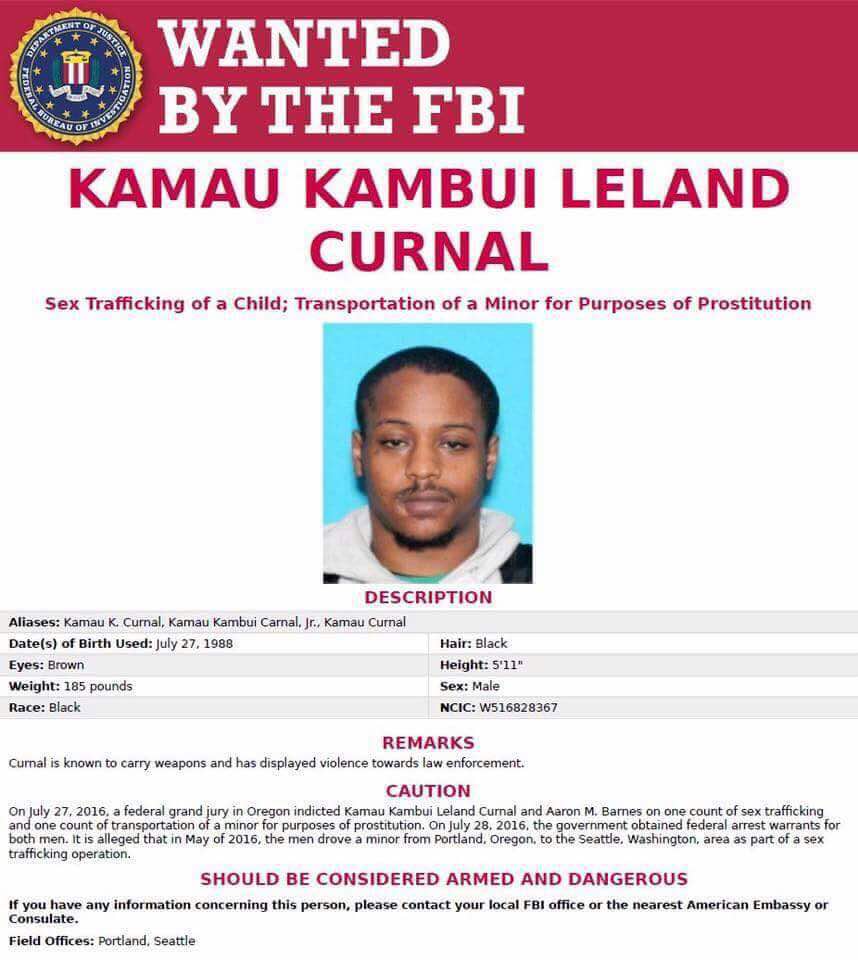 A member of the community that doesn’t let people drink beers in peace whilst chest-thumping how “Uthamaki is theirs” is wanted in the United States for being part of a Child-Trafficking ring.

As you know, Kikuyu’s in the country have been posturing as the “Jews of Kenya” buoyed by Fake statistics on their wealth, despite the obvious fact that they’re equally suffering and bearing the brunt of the incompetent Jubilee Government where stealing is the order of the day.

What Kikuyu’s fail to understand is that their Muthamaki has been building a new house on the family-owned Dennis Pritt Road property, using stolen funds. Blinded by stupidity and conditioning from radio stations like Kameme and Inooro FM, Kikuyu’s continue to shout about Uhuru from the rooftops, only to beg other woke Kenyans to buy them drinks or lend them money.

The FBI believes that a man on its most-wanted fugitives list has extensive ties to Seattle and might be living in the area. Kamau Curnal, 28, is accused of driving a minor victim from Portland to Seattle as part of a trafficking operation.

The indictment says Curnal and a second man, Aaron Barnes, drove a minor victim across Oregon and Washington.

FBI agents in Lincoln, Nebraska, arrested 33-year-old Barnes last year at a motel near an airport. The FBI is offering a reward of up to $10,000 for information leading to Curnal’s arrest and conviction.