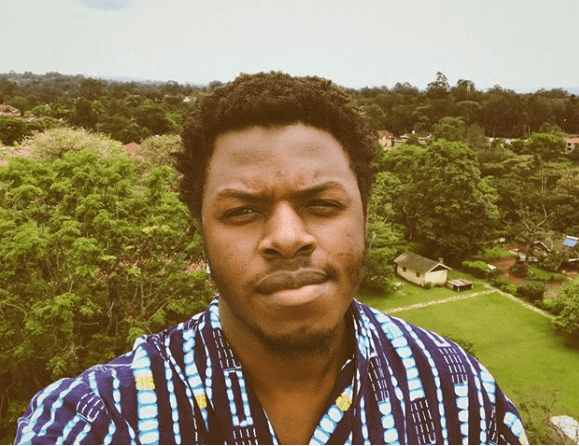 Veteran TV Presenter Louis Otieno’s only son Silas Miami on Wednesday sparked reactions on social media after the openly gay filmmaker opened up on his past struggles of growing up under abusive parents.

Through a long Twitter thread pieced up in the afternoon, Miami, who is based in South Africa, also narrated to his followers the story of how pressure to forgive his parents left him indebted to an abuser whom he was dating at the time.

In his posts, Miami went on to air out quite a load of his personal family stuff, including his extended cut of communication between him and his mother after she kicked him out of their home for being gay when he was just 17 years old.

“My mom and I hadn’t spoken in years. Not after she’d kicked me out for being gay. I had to figure everything out myself. I was 17,” one of the tweets read in part.

According to him, the next time they spoke to each other was after she called to inform him that Louis Otieno was seriously ill in hospital and urged him to come visit his father in Nairobi and bury the hatchet.

The trip back home, however, didn’t turn out as expected.

As he continues to explain, when he got into the ward where his father was admitted, he had already tried to deny him as his son within the first few minutes of their conversation which he says only lasted about ten minutes.

But according to his thread, things got a bit smoother once his father realized that Miami had flown in all the way from Cape Town just to see him and suspected that he had found fortune.

Thereafter, following his return back to South Africa, he claims that his father then started indirectly soliciting cash from him through his mother.

Requests to which he gave in out of naivety.

“As soon as I get back to CPT the calls start. My mother is asking me for money on his behalf. And I was foolish. I was trying to ‘forgive’. So I sent the money,” he writes.

In June last year, Silas Miami for the first time admitted to the world that he is gay.

In a post shared across his social media accounts, Miami revealed that he had been in a marriage with a Mzungu lover for one year.

At the time Miami said that he was aware his post would set tongues wagging but he was ready for it all.

In a past interview, the creative who is behind the some popular local films such as Supa Modo and Lusala, stated that he had no relationship with his father and that they only met later in life when he was helping with his hospital bill.

“My mother was technically a single mother. I had no relationship with my father. He was the man we watched on TV. However, we met later on in life when he fell sick and I was helping with the bill. We have a cordial relationship. Although we do not talk, I wish him well and he does the same for me. I got to the point where I realised that parents too are only human and a product of what they have seen in life. I have come to recognise my father’s failures, but also acknowledge his humanity,” Miami told a local media house. 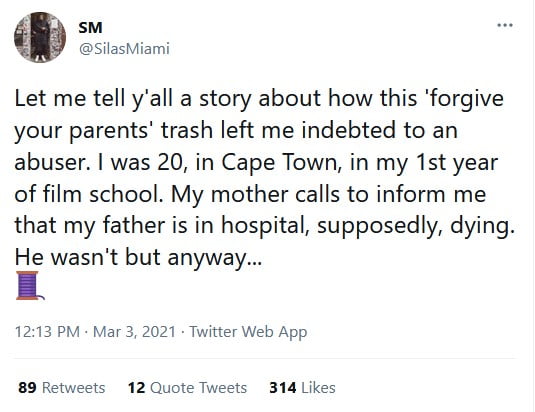 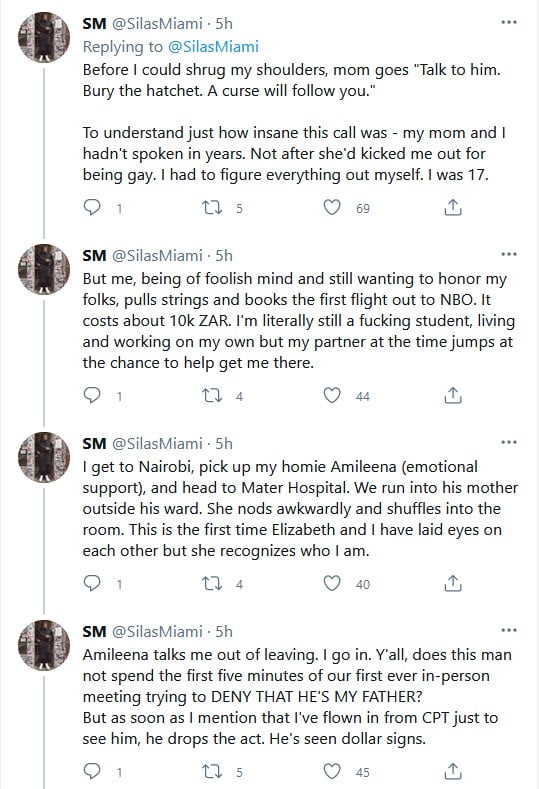 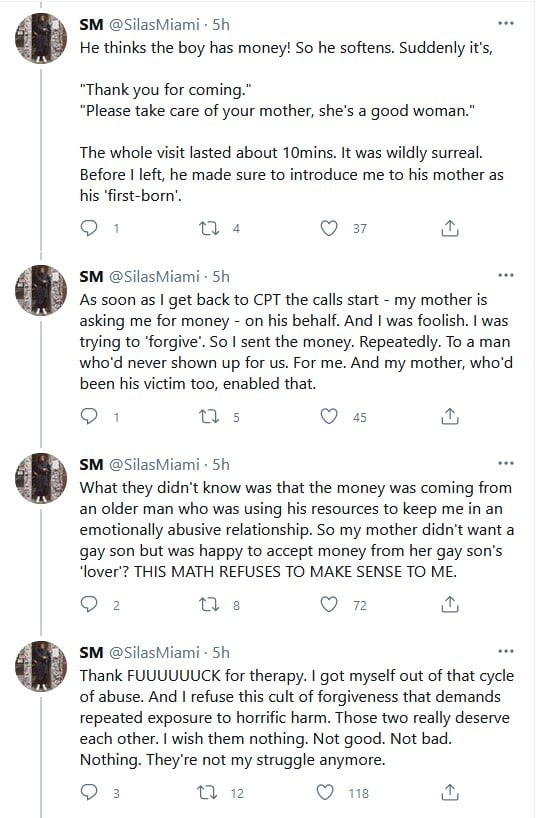 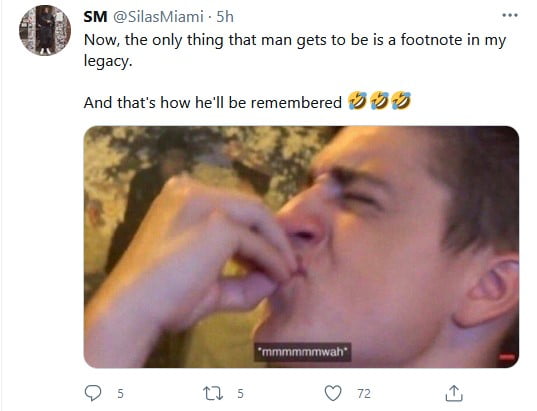 About two years ago, Miami’s dad Louis Otieno announced that he had lost his hearing and appealed to Kenyans to help him raise funds to enable him to undergo cochlear implant surgery.

Last year he revealed that he underwent successful surgery for the hearing problem and that he plots to make a TV comeback soon.

Other than his illness, Otieno has for several years been battling a court case linking him to the death of Careen Chepchumba.

Ms Chepchumba was found dead inside her apartment at Santonia Court, Kilimani, on February 12, 2012.

Mr Otieno has repeatedly pleaded his innocence in the killing of the former employee of Kenya Power Company.

But the victim’s father has maintained that the journalist extorted money from his daughter to finance his flashy lifestyle.

At his prime, before things began crumbling, his career in media grew as he commanded such authority in the studio that he became one of the highest-paid Kenyan anchors of his time.