Dear Cyprian,
I think you have heard about Rama Homes already before I proceed let me seek anonymity. I don’t know where to begin. Rama Homes is owned by Khalid Abdikadir a Somali businessman who started as an auto part seller in Eastleigh. He also owns Euromax Kenya which is a battery company that manufacturers batteries in China import them here in Kenya and brand them German made.  They also do undervalue goods and they are well connected with KRA that they pay no tax.
Back to my story, Rama homes are really mistreating employees. The directors are the brothers of the owners who have no education and they dictate everything on how employees should work not adhering to the labour laws. They do force employees to work past the normal time/holidays with no overtime/allowances.
They do penalize employees and cut their salaries as they wish. I know of an employee who has never got his full salary since joining. They force employees to sign documents to avoid paying them. They will force employees to appear in advertisements and use their images with no pay. See attached document. Employees are slaves.
Overal they are conning Kenyans. They will sweet talk you of Ksh 75,000 pay as rent to own a house which is totally a big lie, the print screen below of the real payment plan . You will be asked to pay Ksh 50,000 as a booking fee and after that when you receive an offer letter that detects a different thing. As a result, these directors are hiding their faces not to be known.
During an event at crown plaza two guys took his photos on realization they were harassed and thrown out of the hotel. As of last year, Rama Employees PAYE was never paid. They used to deduct PAYE but never remitted to KRA, when this was discovered they lied that all the employees are earning Ksh 15,000 yet this is a lie people were earning as much as 250,000.
They duped so many clients of the houses. A close look on the land that they build their houses none of the title deeds is in Rama Homes Limited. The house sizes they sell are not as seen on the paper shock on those who buy after project completion they will attest to this. This is a scam in the making. As a result, they wipe out the sales team after every 3 months so that when a buyer comes they tell them whoever sold you an apartment is no longer with us. They will sweet talk them to calm down.
The story about this company is too much if you need evidence I can provide at the same time in your investigation section you can do your own. People are suffering from no one to turn to. They have duped contractors. This is just the first part of the expose. I wish I had time to narrate it in a flowing manner but look at how to put it. 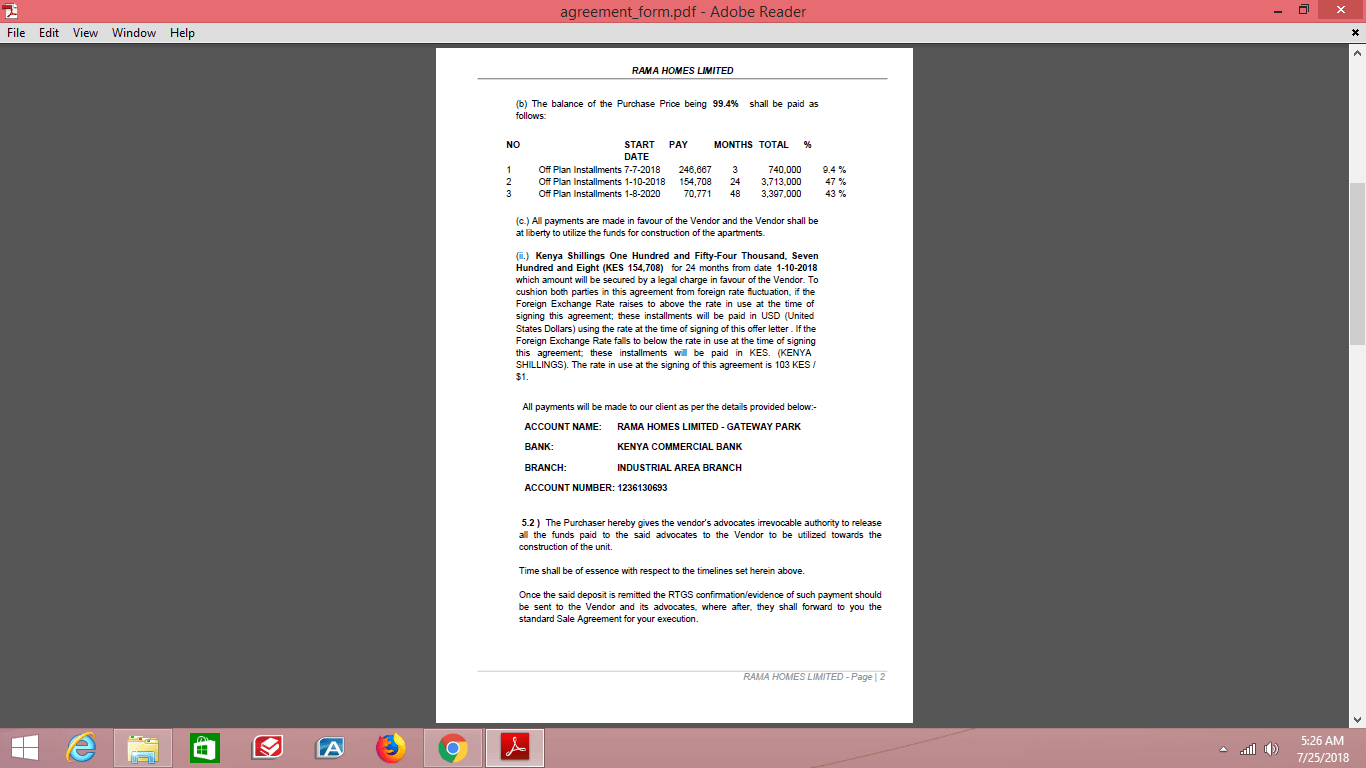