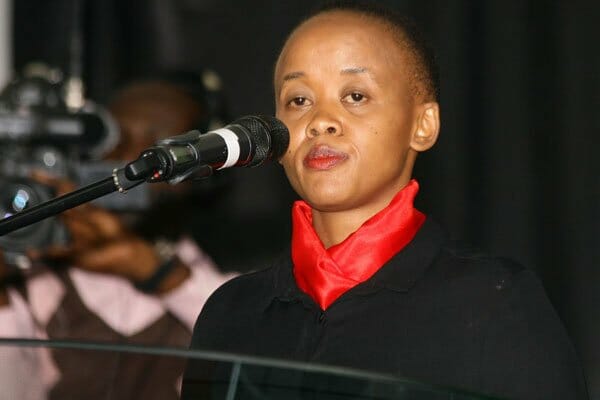 ”Your Excellency, your father and mine (may their Souls rest in peace), lived in different times, but had many things in common. Self made. Witty. Courageous. Outspoken. More than capable minds. Street smart. Fearless leadership.

My father was born in a small village four years before the emergency in 1952. His early childhood education was financed from the sale of home grown vegetables by my grandmother who had absolutely no formal education or informal training.

You probably recall that at his funeral, which was conducted 50 years after Kenya’s independence, your predecessor, His Excellency retired President Mwai Kibaki, joked about the long and winding dusty roads to my father’s rural home. You were also surprised by those roads and promised their construction.

A simple village boy with a big brain and heart, he rose to become a king maker. As an advocate he commanded fear, respect and envy in equal measure. He tagged quietly and closely the ear of your mentor, His Excellency retired President Moi, for many years. Your predecessor also sought his advice and keenly observed it.

He was wealthy, powerful and fiercely popular. Against all expectations, since he only spent approximately Sh1.3 million for his campaign, he was elected the first Senator of Makueni County. He therefore died as part of the Government you now head. On April 26, 2013, neither power, nor wealth, government nor family could save him.

The pathologists have concluded that he met his death as a result of a toxin that catastrophically stopped his blood clotting mechanism. Realising that his time had come, he probably instinctively staggered to his bathroom in his pyjamas and vomited his entire last meal undigested.

His last action was to stagger back to his bed. When the stem of his brain started bleeding the organs of his body shut down one after the other. No one knows how long he lay paralysed as every single organ in his body, including his skin bled out. He could not call for help. He could not reach for his phone that was on his bedside table, only half a metre away.

Many days after his death, as his body lay cold and motionless on the table of the morgue, while the doctors readied themselves for the post-mortem, the bleeding continued. Because of the posthumous bleeding, the opening of his head for the harvesting of his brain and other tissues for testing, my father was unrecognisable after his post-mortem.

Like Humpty Dumpty he could not quite be put back together again. There could be no public viewing of his body. His swollen dark and disfigured head and face haunts my days and nights. The toxicology report from London could not identify the toxin as the samples that were airlifted to London from Nairobi after the post-mortem had been opened. Those are the same samples that necessitated his posthumous disfigurement.

Two years and two months have now passed, yet the tragedy continues. The court case for the succession of the properties he tirelessly toiled for will start before those behind his death, and those behind the opening of the post-mortem samples, face justice.

If the murder of a Senator, a billionaire, a national leader, and a man with networks across the globe, can go unheeded, what happens to the families of men and women murdered in their villages? If the police can’t find and stop local killers, how can they match Al-Shabaab?