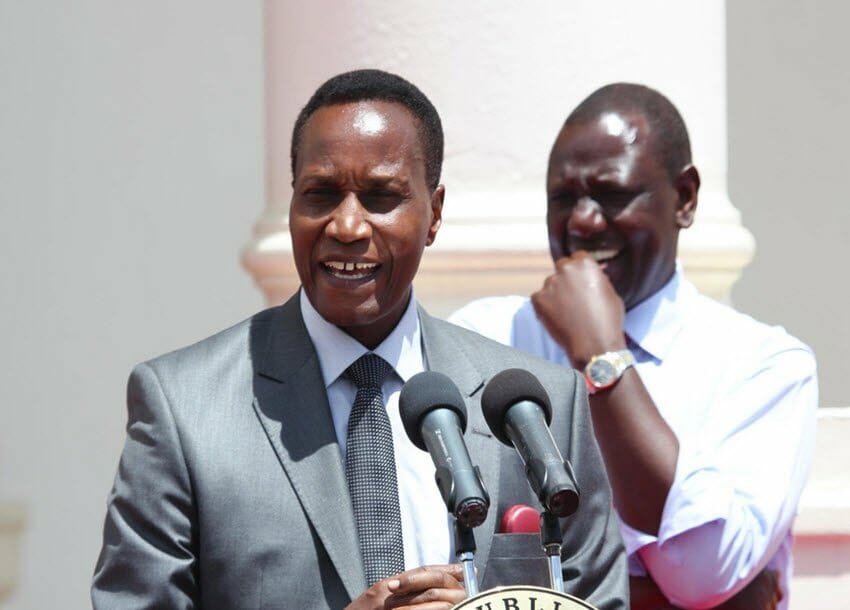 Caption: Lands CS Jacob Kaimenyi and behind him is William “jamaa wa kutenga” Ruto. When both Ruto and Uhuru rolled up their sleeves, Kenyans had been duped into believing that they’ll work so hard. Turns out that they were just a bunch of corrupt jokers.

One silly mistake is often an indicator of a chain of events that triggers a domino effect, as we have come to discover in this dynamic world of blogging. It took a silly mistake by a Mr. Githinji based at Kenya Power Parklands office, for us to discover that Energy Principal Secretary (PS) Joseph Njoroge has planted people in KPLC to manipulate power bills so as to raise money for Jubilee’s 2017 campaigns.

The Kericho District Land Registry is now on the national spotlight over endemic fraud, extortion and bribery by key staff, who are on the payroll of Government to serve people, but choose to instead extort bribes for personal gain. Under President Uhuru Kenyatta, this has become the norm.

Grace Kirui the District Lands registrar in Kericho and her deputy Charles Ayienda wake up every morning purporting to go to serve Kenyans, but in essence they are an extortionist duo who need to be interdicted and reprimanded for using their positions for personal gain.

Whenever clients visit the Kericho Land Registry for consents, Grace Kirui and Charles Ayienda simply demand bribes in order for normal Kenyans to access services that should essentially be free. In previous Government’s before Uhuru mainstreamed corruption, Government officers would first do their job, and perhaps request for a token of appreciation.

Now under Uhuru Kenyatta, Government officers demand money first, before doing their job. In Kericho Lands Registry for instance, Grace Kirui and Charles Ayienda demand roughly 1% of the value of the loan an individual is seeking from a financial institution that demands consents on title deeds. So for instance, if someone wants a loan of Kshs. 4 Million from Cooperative Bank, Grace Kirui and Charles Ayienda will demand Kshs. 40,000.00

Have you ever noticed how low-level lands ministry officials, and other key departments like Kenya Revenue Authority or Immigration are building flats and buying all available property in various counties around Kenya? We do not know which office around the country is in-charge of doing lifestyle audits, but they are sleeping on the job and need to be sacked.

Jacob Kaimenyi is another big talking Cabinet Secretary who other than spending his days dying his hair at the salon, has just been talking more than acting. But we cannot blame him. President Kenyatta has been virtually interfering with every ministry unlike the hands-off Kibaki president, who allowed systems to grow and work.

The irony is when Uhuru is blamed for the endemic rot and corruption in Kenya, members of his tribe who form the bulk of his sycophants run to his defence, yet recently officials admitted they cannot demolish illegal structures because of gross interference by Statehouse. Such a petty president.

So President Kenyatta needs to stop meddling in everything. Kenyans are tired of that crap. He meddles in poaching, in Eurobond, in tenders for supplying toilet paper, in defending Anne Waiguru, clearly someone with a lot of time on his hands. Doesn’t help either that William Ruto doesn’t do anything else with his life, other than wait for money to be delivered to his Karen home, proceeds from corrupt dealings.

Kenyans are being governed by two misguided people.